Why Did Callahan Lose? 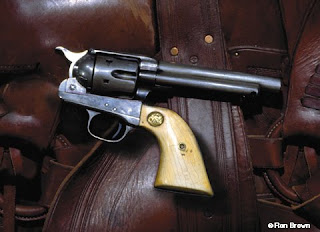 The Morning Call's Nicole Radzievich talks to some local experts and has some of their answers.

According to LC Exec Don Cunningham, "If Democrats look at this the right way and see that the Washington agenda hasn't squared up real well with voters in the 15th Congressional District and learn from it other than writing it off as an accidental tea party swing, which I don't think it is, there's plenty of room for John Callahan or somebody else to come back in 2012."

Over the years, the only person who's come close to knocking off Dent is Charles Dertinger, an unlikable and underfunded candidate. He came close precisely because, instead of using hired guns sent in by the DCCC, he used local talent.

Democrats marvel at someone like Dent campaign manager Shawn Millan, calling him an Evil Genus and the "Karl Rove of the Lehigh Valley." And all that is true. But he's also local. He understands the Lehigh Valley.

Is there a "James Carville of the Lehigh Valley"? There's probably a few. One of them, Jim Hickey, is a miserable bastard who knows how to win. He sat on the sidelines in this race, having consciously been cut out by the DCCC.

Callahan lost because of the view he was too far left.Unless a Dem emerges through the ranks as a true centrist the congressional race will continue to fall into the Rep column.Unless of course Charlie moves right and abandons his moderate views.Rural dem candidates are never given a shot or promoted within the party.Big mistake.

The race will be wide open in 2012, when Dent runs for Senate.

1. He has provided admirable constiuent service, and stayed in touch with the voters and sought their opinions.

2. CAllahan proved himself to be a glad handing politician with a frat boy mentality and that came across in his debates.

After the next round of redistricting and continual corporate spending through the horrific citizens united ruling, there is no way a Democrat will win this seat ever..That goes for the rest of the country too..The money that the Republicans have combined now with the power to redistrict more seats than they did the last goround means the dems are screwed in the House..Thank god for the fact that redistricting doesn't affect the Senate races...However, citizen untied does..the best thing for a Dem to do these days is move to out of the country and let the tea party nuts and the republicans fight amongst themselves over the pathetic country that will remain, "The United Corporate States of America"..

What do you mean "Over the years, the only person who's come close to knocking off Dent is Charles Dertinger"? There was like a 10% difference - That's not close. The presumption that more money would have made a significant difference is flawed. More money would have allowed Dertinger to promote himself more. And as Dertinger’s 2010 election shows – the more people know him the LESS likely they are to vote for him. Check out the recent unofficial results. He won only one precinct by 12 votes. Dertinger lost the other 33 precincts – including his home one where he got less than 31% of the vote.
Simple fact is that no one has come close to beating Charlie. Charlie Dent is and will continue to be an excellent Representative of the Lehigh Valley.

Callahan lost because his views on most issues seemed to be the same as Dent's. Dent was a well funded incumbent whose challenger couldn't really debate him on any substantive issues because they agreed on most of them. It's not that Callahan is too far left. Dent is a "moderate" (read: liberal) Republican. He'd make a fine Democrat. And that's why he's so tough to beat in this district. I can't stand him. But he'd be a formidable challenger to the zombie Casey.

Charlie has represented his constituents very well - starting in the PA House 20 years ago, then the PA Senate and in the US House. His staff does an excellent job in providing superb constituent services, and Charlie has stayed close to his Lehigh Valley roots.

With a voter registration edge of +50-70k, you would think there are a minimum of at least 35% straight ticket Democratic voters (im not saying it is right, just that it is probably true). Fact is, Callahan probably did not pick up many...if any, of people who didnt pull the party lever. In fact, maybe he was the reason why many didnt pull the lever.

The fact that the self proclaimed popular mayor of Bethlehem couldnt even garner 40% in a district with that registration edge is embarassing to both the campaign team and the Mayor.

Dent won because he is a pretty boy. Collaeagues who work with him always say that he is an empty suit.

Dent was in the majority in th 50 person State Senate and never accomplished anthing. Does anyone really think that he will get anywhere in Congress with 435 elected politicians? Charlie is a great campaigner but a lousy legislator.

"Dent won because he is a pretty boy. Collaeagues who work with him always say that he is an empty suit."

Is this the sore loser rationale from Callahan's carpetbaggers? Basically calling people in the Lehigh Valley stupid. Thanks, see you in two years when Dent will wipe out your next candidate of choice.

Calahan will run again in two years because he is term limited as Bethlehem Mayor. He has no choice, where would he go?

No one called the people of the Lehigh Valley stupid. I think "empty suit" is calling Dent stupid.

By the way, other than getting elected, name a Dent accomplishment.

Corporate money was to much? Citizens united is the problem? So forced union dues given blindly and abundantly to any candidate with a D behind his or her name no matter how bad a candidate they are that's fine? Bitter lib just upset the playing field is finally even.

Charlie is not an "empty suit," a "pretty boy," or any of the other pejorative terms sore losers like to toss out.

The Lehigh Valley remains a place where being faithful is a virtue.

Mr. Callahan is faithful to his wife does that count?

"Mr. Callahan is faithful to his wife does that count?"

Sure. He should have used the local talent.

"when Dent runs for Senate."

I hope he does.

The Republicans won't be able to fix anything either in 2 years and once 2012, everything will be up for grabs again.. People will be upset at the Republicans that they didn't completely repair all the damage done by the Bush administration in such a short time. Then the Dems will come back and say, "Try us again, let us go back to what we were trying to do." It will go back and forth until the American people accept that the American Empire is over. Bush destroyed it with his misguided economic policies and his accidental wars.

Is this the sore loser rationale from Callahan's carpetbaggers? Basically calling people in the Lehigh Valley stupid. Thanks, see you in two years when Dent will wipe out your next candidate of choice.

Waaaah, everyone is always calling us conservatives stupid.

Give it a rest. You are painted as stupid because you elect morons like Sarah Palin, Christine O'Donnell, Sharron Angle, and Carl Palladino - and THEN don't have the balls to admit that they are morons after it is obvious to everyone.

"Give it a rest. You are painted as stupid because you elect morons like Sarah Palin, Christine O'Donnell, Sharron Angle, and Carl Palladino - and THEN don't have the balls to admit that they are morons after it is obvious to everyone."

We in the Lehigh Valley elect Charlie Dent not these other fools. The fact that you come up here from DC and try to paint Dent as Sarah Palin, and then are shocked when Dent wins by over 15% demonstrates that the real idiots are you and your carpetbagging friends and Mayor Callahan for allowing you to run his political career into the ground. See you in two years when you can once again call us stupid as we elect Dent by 20%.

Come on, the Callahan team interviewed many candidates and chose the best available for each and every role. We also had a team of local consultants to go over details and find out how each and every issue would effect the 15th both it's citizens and business. Callahan came into this race extremely well versed in local issues and spent a great deal of time to come up to speed on national afairs (quite effectively). Charlie is well versed in all this already as he well should be. Further hindering Callahan was he made sure city business always came first and foremost as they should be, but there are only so many hours in a day.

Dent ran a great race and he won, the budget audit coming out when it did was a backbreaker and Dents team used it quite effectively (even if untruthfully). No bellyaching from this end though, I tip my hat to Dent and team. We will be back to fight another day and with greater experience.

Dent won for the same reason most Republicans won - because his opponent went negative early in the campaign. Democrats have absolutely no accomplishments to run on. Very few who supported Obamacare and all the money Obama is throwing around to pay off political favors and his union buddies even mentioned it in their campaigns.