Allentown Magistrate in Hot Water With Judicial Conduct Board 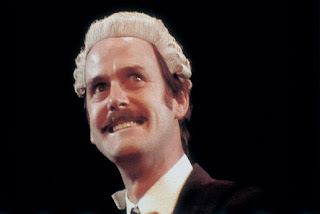 As a Democrat in downtown Allentown, Magisterial District Judge Maryesther Merlo captured 59% of the vote in last year's municipal race. She handles lots of truancy cases. But last week, the Judicial Conduct Board called her own truancy into question, and instituted formal proceedings, primarily because of a "pattern of absenteeism and tardiness resulting in unnecessary delay and continuance of numerous hearings ... ."
In a detailed, 36-page, Complaint, the Judicial Conduct Board cites numerous examples, including 85 cases in which she had her staff enter judgments in landlord-tenant disputes at which she failed to appear. When she did conduct hearings, she would often group defendants together, and try them all simultaneously.

In one case, she refused to reduce bail for a criminal defendant unless he admitted to her that he was a "scumbag." Once he did, she set him loose.

Her bizarre behavior includes a threat to file perjury charges against a witness who asserted her Fifth Amendment right to remain silent. When this woman persisted in her refusal to testify, Judge Merlo called deputies to handcuff this witness and jail her. They declined. She then found this witness in contempt and ordered her to pay a fine or go to jail. Judge Steinberg later vacated that Order.

Without any authority, she also held an Assistant DA in contempt when she objected to Merlo's decision to lower the bail of a Defendant who had pointed a shotgun at someone.

In a speeding case involving a student, the charging officer decided to reduce the offense and the boy appeared in Court with his mother, who had placed the boy on curfew. When he apologized to Judge Merlo and told her it wouldn't happen again, she called him a dog who "needs to be retrained."

The entire complaint, which contains numerous additional examples of bizarre behavior, can be read here.
Updated 12:55 PM: The Mrning Call has a story here.
Posted by Bernie O'Hare at 11/10/2010 12:35:00 AM

Garnering only 59% as a Democrat in Allentown = Vote of No Confidence.

Mary Esther was goofy 20 years ago... a protege of Jane Baker. So it is no wonder; she hasn`t changed.She is a strange woman if you know her.

Another fine example of what the "lever-pullers" have given us in Allentown.

Is this a real person or did you make her name up?

"own truancy into question, and instituted formal proceedings, primarily because of a "pattern of absenteeism and tardiness resulting in unnecessary delay and continuance of numerous hearings ... ."

Couldn't similar charges be assessed against that Lehigh County Commissioner you write about?

Off topic, but related to Allentown. Did you see the Morning Call story this morning about a new "Chief Turnaround Officer" being appointed by the Allentown School Board? What the hell is this $98,000 political patronage job all about. To top it off, the school board possibly violated the sunshine law in making the appointment. What's the real story behind this Bernie??

Lawyers kept telling me that she was different.

the irony is that Bowser ran against her in the primary but could only get the R nomination. This D voted for him in the primary and the general election. If I remember correctly, Scott Armstrong has sung her praises several times.

"Is this a real person or did you make her name up?"

"To top it off, the school board possibly violated the sunshine law in making the appointment. What's the real story behind this Bernie??"

Donovan and MM have been following that story far more closely than I.

This is appalling and is yet another argument for judicial merit appointment rather than judicial elections and retention (which is admittedly no available for DJ's).

Sounds like she thinks she is Angle. You do realize Bernie that this is the way Angle acts.

Her resemblance to John Cleese is uncanny.

Not to defend him, but Angle isn't a judge. By law, they are held to a high code of conduct.

was once before her in a civil matter in which liability was to be assessed against one of three parties to a contract. My client was the broker between the two true opponents. She interrupted the proceedings numerous times to chastise the true opponents (often over irrelevant matters) and then found against the broker only! It was bizarre

She makes the Queen of NH county..Ann M...look like a hollywood starlet in comparison. I swear this judge is the twin seperated at birth of my local butcher..dead ringer! Maybe she fancies herself a judge Judy wannabe or watches too much tv in her spare time which seems to be quite alot.

Could you imagine the REAL Judge Judy holding court in allentown.Would be a dream come true.