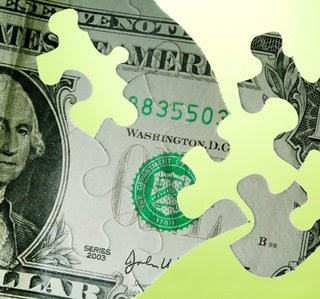 With Ron Angle casting the sole No vote, Northampton County Council last night approved county executive John Stoffa's no tax increase $330 million budget during a two-hour meeting. There were only two members of the public present. Before adopting this budget, council members put their own fingerprints on it by including a $13 million bond next year for capital projects. This is $5 million more than Stoffa had requested.
During "courtesy of the floor," council had two unusual speakers, Stoffa and Angle. In his brief remarks, Stoffa bluntly told council, "At the rate we're going, we'll have a tax increase next year." He also warned council about borrowing large sums of money in this economic climate. "I don't like to borrow money. For every dollar you borrow, you pay back two." He suggested we should consider giving our parks to the townships because they are money pits for county government, noting that the Weaversville Park will require at least seven full-time employees to maintain once it is completed. He claimed that our biggest problem is our prison, which he called a "lawsuit waiting to happen." Finally, he criticized himself, saying "I probably could have done better with council. I hope we do better next year."

When it was his turn, Angle branded claimed it was a "totally irresponsible budget" because it fails to plug a growing deficit in the pension fund. Angle claimed that gap currently is $78 million, nearly as much money as the county realizes in real estate tax revenue over the course of a year. He also pointed to the county's swaption deal, which will cost it another $14 million. Finally, he ridiculed the notion of building a new park in this economic climate. "You have money for a park, but not for human services."

Council member Lamont McClure voted against the creation of most new positions, joined by Angle. Nobody's happy, but nobody wants to tinker too much more with a budget that provides for no tax increase next year.
Posted by Bernie O'Hare at 12/12/2008 12:15:00 AM

They are all doing what they do best making a lot of noise while keeping their heads firmly up their butts!

Give the parks to the townships?

Why stop there, prison in Bethlehem Township, Gracedale to Nazareth?

Why have a county council?

County government has two basic core fubnctions - the courts (with all th apparatus that follows) and human services. Stoffa's thinking is that many townships are cash rich, but I can't think of too many that would voulantarily assume the expense.

Blogmeister, creating a stable and if possible expanding tax base --despite the know-nothing/Hoover axis--is also a core responsibility of county government.

Bernie, Over in Lehigh County I am told the core functions of county government are whatever 5 commissioners say it is at any given time. Bill