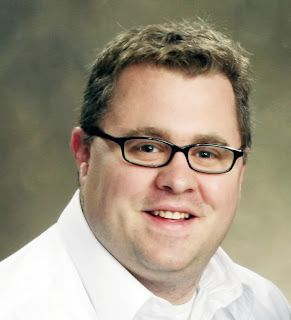 There's something wrong when a salary study, conducted under the supervision of the leading experts in the field, recommends freezing the wages of the most valuable employees. But that's exactly what has happened in The People's Republic of Northampton County.

Two years ago, Northampton County Executive John Stoffa made clear it's time that county workers be paid a living wage. He promised that the county's antiquated salary structure would get a much-needed overhaul.
The prestigious Hay Group, hired to do this study, sewed the initial seeds of distrust when it suggested that a committee of county employees be used to do much of its spade work. That led to charges of favoritism, and two committee members dropped out.

What's left of this committee then met secretly with the Personnel Commission on Tuesday in a blatant violation of both Pennsylvania's Sunshine Act and John Stoffa's open government policy. Now, Controller Steve Barron has determined that this salary analysis is full of gaping holes.

I have participated in the meetings on this matter, listened to the results of this study (as presented by Ron Seifert) and have further reviewed the methodology employed in this study. However, rather than resolving my concerns this has only raised a number of new questions.

***Please note that this is not questioning the application of the standards by the committee, but the creation of the tools you used given to you by the Hay Group.

We need to look at whether this study was conducted in a reasonable fashion for industry standards and whether the county received a realistic assessment. To that end, I am requesting a statement of the methodology employed, the statistics used to create the "measuring stick", and the correspondences discussing these matters in order to audit the work the Hay Group provided.

I do not have concerns about the study passing at this point. However, in order to insure that applicable standards have been applied, to further insure the efficient and effective use of county funds and as the elected steward of such funds I must further review the services provided.

I stated some of my concerns at the last meeting, but I have some additional concerns to raise:

The Column (Northampton Ave. Pay) is really the actual salary for an individual in that position. The true average for the current range for audit manager is $75,761.00. Based on information gathered from Lehigh County the CCAP numbers are correct. However, using the standard Hay used to calculate the average pay, Lehigh's Average pay is $86.00 per year less than that for the Northampton County Audit Manager Average pay. The schedules used by Hay compares two different numbers, and it is presented to be a $9,746 difference. This is just plain untrue.

Ironically, if the salaries for the counties of Carbon, Dauphin, Luzerne, and Monroe are removed from the calculation the average "average salary" would be $73,453, which is a $2,308 difference from the current average salary of the Northampton County range of pay for this position.

Finally, on page 6 of the executive summary under compensation philosophy, I have to question the reason these counties were selected. Carbon and Monroe are 6th and 5th class counties respectively so they are not even a relative comparison. Also all 3rd class counties are to be included in the study, but there is no mention of Lackawanna County which has been a 3rd class county since 1976. If you look at lists easily available to any person or the County Code this is clear. However, it is missing from a study for which we paid big bucks.

This is just one position where I actually had access to some information and it only took me a few hours to discover. Imagine if we devoted more man hours to it.

I do want to see county employees having a better standard of living. We all would like to see the employees doing a little bit better. Happier employees leads to better services for the tax payers. I think that is a good investment. Not all of this study is a bad thing, but when it is based on poor data how can we trust it.

I am disappointed (not just as the controller), but as a taxpayer that we have a study presented for review with so many glaring flaws. Flaws that any person with an elementary understanding of the issues could look at and know there were an issue.
Posted by Bernie O'Hare at 12/04/2008 12:05:00 AM

When I was in my other life,ie, working in the corporate world, my company had several Hay studies in which I was involved. Bernie, arguably, I was never impressed with their so called work study. They continually used company employees to do some of the meanial tasks and constantly had in depth conversations with only upper echelon managers. Company employees spent a considerable amount of time "teaching" the consultants. I for one, would never recommend this firm for this type of study.

I'm berginning to think Hat is over-rated and this HR expert used a methodology that just suspicion. The secret meeting was so secret that even John Stoffa had no idea it was happening until it was over. Now, the controller, an independently elected official, has expressed some serious concerns.

All Government agencies should avoid using these study groups. It is a waste of money.

BOH you're full of cr*p. Stoffa new exactly what was going on. Don't try to bullsh*t us that he didn't. This guy is the most subversive person in this, position of trust, for the citizens of this county. Heard along the way that Stoffa handpicked the employees that worked on this survey, so they would lower the financial expectations of some of the county positions. It's tainted BOH and you'll defend Stoffa to the end. This is a bunch of cr*p.

I think you mixed up your meds.

I think you mixed up your meds.