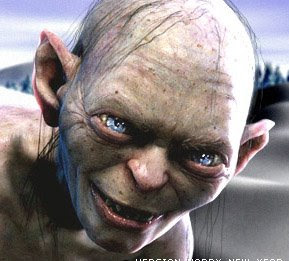 My apologies. I enabled comment moderation for about an hour today, something I hated to do. Bill Villa had posted the same pair of comments about thirty-five times. As quickly as I could delete them, he would put them back up. It was impossible to write, so I enabled moderation briefly.
Villa regularly hijacks blog threads to make off topic remarks or to attack people on his growing enemies' list. He uses his name, but also posts anonymously and uses sock puppets like Hogan, Broadway Jim, Joshua T, foo foo, etc. What's even worse is that he misappropriates the names of others who post here. Lately, he's assumed the identity of a Catholic priest. He posted as a cleric on his wife's blog and at The Morning Call readers' forum.

None of this is really worth a post here. I'm telling you about it anyway because of something else - a startling accusation Villa made tonight on his wife's blog, Lehigh Valley Somebody. (A link is at the left sidebar). Villa's daughter, Sheena, was tragically killed two years ago while riding as a passenger in a car driven by a person who was drunk. Villa accuses three bloggers, including me, of impersonating his deceased daughter. Here's the claim, in all its glory.

O'Hare is a sellout of the lowest order.

And a muzzler of opinions that threaten his ambitions.

That's why O'Hare and Molovinsky and Najarian moderate comments at their blogs.

To muzzle people in advance.

We moderate comments here to block these 3 stooges from commenting anonymously as my deceased daughter Sheena "writing from hell."

This is sad. Of course, it's false and disgustingly reckless. I might add that I've never seen a comment anywhere that purported to be from Sheena Villa. I also know Michael Molovinsky and Dave Najarian Najarian well enough to know they would never even think such a thing. Reading that vile statement really upsets me, and I have to deny Villa's claim publicly.

Now let me tell you the real reason Villa enabled comment moderation. He did so in in August. It had nothing to do with his daughter. When he was in the middle of hijacking this blog, I decided to take his OT comments and put them back on his wife's blog. Villa was forced to delete his own comments and moderate ... himself.

You should have taken our side, and defended us, when Bernie O'Hare publicly and privately lied about us.

Angie and I are both exceptionally angry with you ...

and this anger will likely reveal itself in responses to any/all comments you make at Lehigh Valley Somebody.

You won't see us commenting at your blog.

You may want to consider avoiding commenting at LV Somebody.

Or commenting at your own risk.

I have not sent a comment to their blog since receiving the above email. on the other hand, i receive at least 6 hostile comments from him everyday, resulting in my blog being moderated. it's sad how he uses the memory of his daughter as a weapon. it's sad his wife has become a willing partner in these distortions.
Michael Molovinsky

So when and where is the date for the magistrate?

"Bill Villa has eliminated all the good will and support he had. Blogosphere is united in their plea for him to get help."

Not from Bernie O'Hare

"it's sad how he uses the memory of his daughter as a weapon. it's sad his wife has become a willing partner in these distortions."

Bingo. Reading that vile comment, and seeing Villa falsely attribute it to one of us, is pretty pathetic.

Can't it be determined who actually posted a blog comment, if some sort of warrant is issued to retrieve the information? Isn't it true that computers and the blog services store records of such activity?

Either local law enforcement or the FBI was able to find out that Larry Mendte was hacking into Alycia Lane's email account with relative ease. And in the MySpace suicide trial involving cyberbullying, prosecutors were able to invoke a federal law regarding fraud and related activity in connection with computers to convict, even though that law's original intent was focused on keeping hackers from invading computer networks. A precedent seems to have been set now that allows this law to include harassment via the Internet. Perhaps a more specific federal cyber-bullying/harassment law is not far away.

To answer your questions, yes. I will answer that question more fully in court.

Aside from that, Villa has just published, on his own blog and under his own name, a very upsetting and totally false claim.

Because he moderates his blog and approves each comment, he and his wife are also actually publishing some pretty offensive comments.

Last week, they even misappropriated the identity of a Catholic priest.

In addition to all that, there's the content of his own threatening emails.

bernie, i see villa just posted "yawn", over at my blog he submitted 'zzz" 30 seconds before. for bill villa to have made the accusation he did last night in stride is really over the pale. all three of us are parents, and to imply that any of us, much less all three of us would make such an horrendous comment can only be described as sick. the fact that his wife joins in this depravity is most disturbing. Because i didn't back them in their claim that you falsely accused them of making an anonymous comment last august, and after having dozens and dozens of harassing comments put on my blog by villa, although i am not a member of the troll blog, i stated i understood why it was created. for these failures to comply to their wishes, angie villa wrote i was evil. the accusation last night is perhaps the most vile thing i can imagine. i will not repeat it or write it for moral and religious reasons. bernie, you asked them to apology, i think they should pray for forgiveness.

To make a serious charge like that, and then for he and his wife to joke back and forth about it and somehow attempt to relate it to Blogger Tuesday, is simply incredible.

Bernie and MM, I've seen this going on from the sidelines (I have no desire to have my name in this).

It's a damn shame...There have been many posts asking him to get help, I wish he would. It's very sad.

Unfortunately, your name has already been dragged into this. Anyone who comments on this matter, unless in total agreement with Villa, will be quickly derided by that cyber bully. He will misappropriate your identity and start signing comments as you or Father Alex while his Stepford wife encourages his sick behavior. How either can joke and laugh and whoop it up over that supposed Sheena Villa comment is very disturbing.

True - I blocked that out, and I agree - they both need help. I'm not the most religious guy in the world, but when he did that to a priest. On his daughter, I can't imagine going through that, but I sure hope I wouldn't do what he's done.

I'm still trying to figure out what "attacking" someone over the internet is actually going to do?

What is the end game to all of this?

Is their a long term goal, or just a fly by the seat of his pants kind of thing?

My favorite was at one of the other sites threatening MM if ever ran for office because of his comments on blog comment sections. I just wish people would realize the trivial nature of this whole blog thing, especially in the context of the Internet. Oh well.

Those Villas are sick people. They attack mostly everyone, won't let anyone say anything on their blog (because it must pass Big Brother's Standards), and then try to use somekind of logic that is doctored up with spin that proves only one thing. That they both, Villa # 1 and Villa # 2, need professional help.

I really do not care what or what doesn't happen at any court proceedings at a penal level to either party. But I hope that whatever the decision may be, is that a requirement be placed upon #1 and #2 to attend and successfully complete any kind of professional program that would assess their mental needs and help their lives.

Peace be with you!

A single quote from the ancient Greek rhetorician Isocrates: "Our democracy is self-destructing, because it abused the right to freedom and equality, because it taught people to consider impudence as a right, illegality as freedom, rudeness as equality and anarchy as happiness."

Does this sound like an countries we know of?

Guyz, Strive for civility and respect. Reading this thread is disappointing ........... life is too short to spend time doing this ..