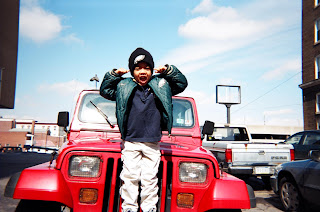 . . . but it's not about politics or audits. Called Roadside Americana, Steve's blog focuses on bits and pieces of local folklore and history. He even threatens to tell a few ghost stories.

He claims Easton's Cemetery is the most historic 99 acres in the whole dang country. Why? Because you can find:
• The grave and monument to a signer of the Declaration of Independence
• Several Veterans from every US Armed Conflict to Date
• The Uncle of Mary Todd Lincoln
• The 1st Governor of the Kansas Territory
• The most photographed actress from the 1890’s
• A ghost that has an award show named after him
• A US Commissioner under John Adams once charged to draft the Constitution for the Commonwealth of Pennsylvania
• A few former US Senators; and
• The Father of Band (Marching Band that is) Music

Is he spelling "iggles"?

Barrons first report should be on B O'Hair as a crossdressing, ballwashing pervert allowed to run the halls of the Government Center protected by County Executive John Stoffar. How does a County Controller have time to do a blog if he is going to be full time, unless Barron is not going to run for the full time County Controller seat? Does this mean B O'Hair and Barron will share the County bathrooms, seeing as they will be blog buddies? Too many questions, not enough answers.

Sionce you've already made an ass out of yourself, there's little I need to add.