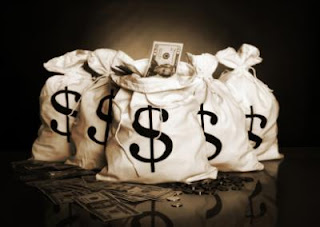 Lehigh County's Board of Commissioners maintains a operations account with about $30,000. It has never used it. The money is there in case they ever need to hire their own lawyer.

Unlike Lehigh, Northampton County Council has its very own solicitor. So it really needs no special account for itself. But for as long as I can remember, it has maintained what it calls a "contingency fund." At this moment, over $650,000 is in that till, burning a hole in council members' pockets.
They have used this fund to pamper themselves (not the public) with over $650,000 in "renovations" to its still dark and dreary star chamber. Although promising they would include cameras to livestream meetings and sophisticated microphones so that the public could finally hear them, we still have neither. But they did spend $10,294.57 of your money for laptops that are so essential I've yet to see one at a meeting. Just last month, they dropped $10,000 on a YMCA that is not even located in Northampton County. Another $75,000 in tax revenue also went out the window for a rail transportation study. I don't doubt the integrity of the people making these requests, but no safeguards were imposed to ensure the money is actually spent as appropriated.

Next year, $500,000 is budgeted for the contingency fund. On Tuesday, Council Prez Ann McHale proposed cutting that fund in half. I'd eliminate it entirely, but this is a move in the right direction. The county already has two months of expenses in its unrestricted cash reserve, an ample sum to cover any unforeseen emergency.
Posted by Bernie O'Hare at 12/04/2008 12:04:00 AM

Big deal she and County Council spend three-quarters of a million on their CHAMBERS, even though it was ONLY going to cost $500K.

Cutting in half an already unneeded ridiculous amount is typical for these screwballs.