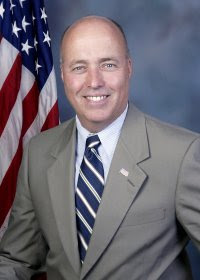 Republican State Rep. Craig Dally had no opponent last November when he asked voters to return him to his slate belt district. It was the same story two years before that. To be honest, I can't remember the last time anyone tried to run against this popular and extremely pleasant state house member, first elected in 1996. LVR Readers have rated Craig, who is also a Nazareth attorney, our fifth most effective local leader.

Inside sources tell me Dally has shifted his gaze from the land of midnight payraises to the People's Republic of Northampton County, where he is eyeing one of the three judicial openings that will be available next year.

If true, this race is over before it ever got started. Other attorneys thinking about a judgeship(and many of them are highly qualified), should hold off on buying black robes. The only real question: who will be top vote getter after John Morganelli - Lenny Zito or Craig Dally?
Posted by Bernie O'Hare at 12/22/2008 12:00:00 AM

Please O'Hare another man crush clouds your judgement with hormones. Do you still own that dress you wear in the Courthouse.

Dally wins in a jerrymandered heavily Republican District. I say to anyone wanting to run, outside of his District no one even knows who this guy is.

O'Hare has less credibility than Severson when it comes to politics.

They seem to know who he is in Northampton County. If he runs, he will be one of the three new judges.

seriously bernie, run a poll outside of his district. His name rec might pass 10%.

Bush and McCain both won this house seat. not exactly a challenging seat for any R to hold.

And your ranking system (votes from your readers) placed Dally behind Angle and Brennan on the effectiveness scale. Yup: behind a guy who can't get squat done in Norco and a freshman state rep. Not a ringing endorsement for effectiveness.

Anon 10:00, The 20per cent of the voters who will turn out next year will be those most likely to know Dally. Don't you think a poll has already been done?

"Don't you think a poll has already been done?"

No I don't. If one was done, it wasn't done by Dally b/c he hasn't formed his PAC and reported it on his finance report. If that's the case, then somebody is running polls for him and not reporting them on their finance reports. Perhaps you are intersted in asking those questions?

You assume the voters next year will know him but offer no evidence. I'll concede his popularity in his district. Outside his district, I will ask you to prove it b4 I give you that fact. Otherwise, you are making an argument that I have just as much right refuting as I do accepting.

oh, and the poll I suggested running would be for super voters, a narrow field that comprises those most likely to know the guy (namely, educated voters). I still would predict 10% in that poll if it was done county wide. My guess is that Zito would out poll him 2:1.

Actually, Dally does have a PAC and has had one for hears. He's been state rep since '97. Also, the local Rs have a PAC, too. Now I don't know who ran the poll but a poll was run according to the same source that told me Craig is considering a run. The expense of that polling would, of course, be something I would look for when the next finance report is filed.

Anyway, from what I'm told, Craig's numbers were quite encouraging. I think the name recvognition of most of our local state reps is pretty high, whether it is Freeman, Grucela, Brennan, Samuelson or Dally.

If Craig is running, this race is over.

I do not know how this poll was conducted and certainly never saw it, so can't answer you. I do think Craig has higher name recognition than the other candidates who are interested, with the obvious exception of Morganelli and, possibly, Zito. Don't forget this is a race for three seats. Morganelli and Zito will win two. Dally will win the third. If you think Dally's name recognition is bad, what about the name recognition of some of the attorneys who may be interested? Do you think Jim Narlesky or Candy Heimbach are household words?

can dally use his state house pac for a run for county judge?

if there are 3 seats, then it will be 2 d's and 1 r elected. by default your list is accurate. My guess, however, is that the lawyers you listed, if they raised the money/put their own into the pot, could give Dally a run. consider dan mccarthy in lehigh county. A respected county commissioner who squashed his previous opponent got lazy and ran a fairly lackluster campaign.

maybe the best question to ask is can dally get nominated on BOTH ballots? Morg probably can. Zito may have a hard time.

Dally has been conducting a push poll, O'Hair, and you know it. Why don't you whine about him or the county R's making the robocalls that are going on? If he was a D, you would be all over his ass. Again, O'Hair is the Chosen One in political circles. He continues to lie when it suits him. We can se that Dally has hired O'Hair, just like Stoffa, Angle and the overall champ, Will "F**King" Power. What a group to be associated with.

Despite your vote of confidence in my infallibility, I know nothing about any push poll being conducted on Dally's behalf. I had heard there was a poll, that is all. I'd need a little more than an anonymouse rant from some partisan who can't spell my last name before concluding something else.

For someone who normally seems concerned about good government, lately you seem like a fan obsessed with the abilities of political candidates to muster votes. What about educating your readers and comparing Dally to the litigation and court experience of people like Karl Longenbach, Samuel Murray, or Christopher Spadoni?

I am very concerned about good government, especially when it comes to transparency and accountability. But I am also a realist. If Craig Dally runs, this race is over.

I'll be very honest and tell you that Karl Longenbach, Sam Murray and Chris Spadoni are each excellent attorneys who deserve to be judges if that is their desire. I can't begin to tell you how much I respect and admire each one of them. But Craig will beat them. So why should they go through the time and expense?

Sort of like why should anybody go through the time and expense to run againsts Stoffa.

You don't know squat. Stoffa won't run again cause he will get cruched by McHale. Dally won't win because the voters of Bethlehem never heard of him and won't vote for a Harrisburg hack they don't even know.

Angle would get more votes Countywide.

You're spending an awful lot of time with someone who knows so little.

Has somebody upset your little plans?

I think the candidate(S) with guts who fight for that second and third seat will be the winners. I wouldn't annoint Zito or Dally just yet. I fail to see how Morganelli does not get one of the posts.

If Stoffa decides to run nobody can beat him.

If McClure challenges, he is going to try to bring up dirt - and that dirt won't stick. If McHale attempts, she doesn't have a base that will get her through the primary. If Dertinger attempts, folks will be guffawing all the way to the polls.

Stoffa may decide not to run. In that case we will end up with an R in the exec office.

Stoffa may even step back and decide to run for Council. Guess we just have to wait and see.

I got two words for you:

Do you really think Zito will run?

He'll run and he'll win. Four years of a good judge is much better than ten years with a bad one.

Zito has got to GO! you call him a good judge. I guess you don't know all of the corruption he is involved in. I think his good old boy attorney friends are collecting money from criminals that they defend to help him with his compaign. If Dally, Heimbach or Longenbach stand on a corner and hand out $10 bills they would win too! or if they defend crimianls who can fund their campaign they would win. Zito has made many tragic calls behind the bench these past years, sad to say the families he hurt are still trying to pick up the pieces. And we hope that all the families that he affected will stand behind Dally, Heimbach and Longenbach...the three you can believe in! Justice is coming Northampton County. And if not this year than in 2014. Big money does not equal Justice.