Ferraro: Do We Really Need Another Authority? 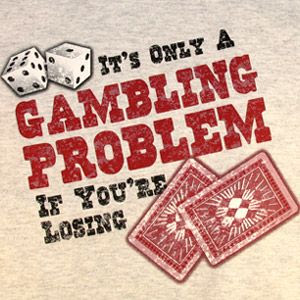 That was the question considered by Peg Ferraro's Northampton County Intergovernmental Committee yesterday. The meeting was attended by Council members Charles Dertinger, Diane Neiper and John Cusick. They listened to an informative presentation by Bethlehem resident Bob Pfenning, who has served for the past two years on a gambling impact committee. He told council that gambling revenue must be distributed to five surrounding municipalities by some kind of authority.
Under state gambling law, the five municipalities surrounding the Sands Casino in Bethlehem are each entitled to a piece of the pie, and council member Lamont McClure has proposed a brand, spankin' new layer of government bureaucracy to dole out the dough, currently projected at $2.8 million per year. He calls it the Northampton County Gaming Revenue and Economic Development Authority.

The problem with McClure's proposal, as noted by Peg Ferraro yesterday, is that the state gambling law makes no provision for funding it. She thinks the county should instead use the existing General Purpose Authority (GPA), which is independently funded by other revenue streams. "We don't need another layer of bureaucracy."

Council member Charles Dertinger noted that the GPA currently includes no members from the affected municipalities, but Ferraro quickly suggested that the GPA be expanded. "We're going to have two economic development groups competing against each other."

"You're creating a gambling authority, which is against the law."

Neiper, Dertinger and Cusick support McClure's proposal. Council Prez McHale, in remarks to The Morning Call, appears to like the idea, too.

Instead of doling out equal shares on a per capita or per municipality basis, McClure wants a grants process, which will invite political considerations. Council is struggling to find the most expensive and political way to distribute uncertain gambling revenue.
Update: In a comment to this post, Council member Lamont McClure makes a brief, yet admittedly persuasive, argument in support of a new gaming authority.
Posted by Bernie O'Hare at 12/09/2008 01:30:00 AM

Thank you for bringing attention to this important topic.

I wanted to take a minute a gently disagree with the premise of your post. There are three fundamental points to make. The first is that before his elevation to the Court of Common Please Judge Zito issued an opinion letter to us that using the existing General Purpose Authority may run afoul of the gaming law. Our Ordinance seeks to avoid that pitfall by creating an Authority that that is devoted to econonimc development and re-development using gaming revenue, and most importantly it will create a system for ameliorating any of the unfortunate effects of gaming according to law. Our current Solicitor, Mr. Martino alos agrees with this position.

As to the making the dispensing of grants "political," I would say simply that giving all of the effected municipalities a seat at the table is far more democratic and pragmatic than simply setting up a system of equal distribution. For example, we have absolutely no idea what the impact of this facility is going to be on these municipalites. Hanover Twp. may see no ill effects and Hellertown may be swamped with a torrent of them. We need time and a competitive grants process intially until these facts come to light and then can be sorted out.

The third reflection I would make is that the proposal does not create a "new level of bureaucracy" in that initially the Authority will be administered by the Department of Community and Economic Development, if and until, the law and revenues permit a small professional staff to be developed by the Authority. For example, it will cost no money at all to allow the Authority to meet in one of our conferences rooms very much the way the Retirement Board meets now. Incidentally, the Retirement Board is "staffed" by the Department of Human Resources at little or no extra cost.

Thank you for your comment. You may very well be right. I'll update my post to reflect your response, which is appreciated.

This is an absolutely terrible idea. Distribute the money per capita to the communities and allow them to use it how they believe it will serve the community best. We have enough boards, authorities, committees, councils, commissions, departments, etc. ENOUGH ALREADY.

you know who benefits the most from a per capita system: Bethlehem. Which municipality is likely to face the most headaches? I could only guess, but I would guess that Hellertown receives the most traffic and at around 5k people, they would not get much more than Freemansburg under a per capita system.

Competition is always the route to go. A per capita system is nothing more than an entitlement. How well have entitlements worked in other areas of gov't?

I don't agree with per capita and that certainly wasn't the intent of the law. It is supposed to be based on a plan on a merit.

I believe the GPA is the best way to go, BECAUSE it has no one from the affected municipalities on the board. I can see it now, backroom deals between a few members to block another from a grant. It has already started on the MC thread.

Also only half the revenues go to municipal projects the other half goes to the County which can do what it wants, even give it away.

Sadly the County and Municipalities will only get half of what they should since Stoffa gave half the money away.

"I believe the GPA is the best way to go, BECAUSE it has no one from the affected municipalities on the board."

So people who don't know the needs or represent the affected communities should make the decision on how to spend the money?

Lamont, thanks for posting here. I am a Lehigh County guy and am trying to learn more about what goes on over in your side of the Valley. Seeing Bernie's POV and your response helps greatly.

I hate to agree with Ms. Ferraro but she is completely correct. In fact the GPA was created for such purposes and it makes no sense to create more layers of delay and indecision.