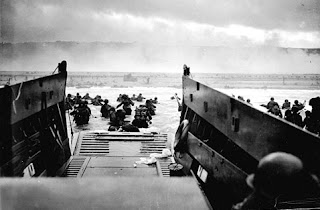 Northampton County Council, arguably the worst local government in the Lehigh Valley, is getting a visit from the best. Lehigh County's legislative body, its Board of Commissioners, will invade the star chamber on January 12. I am unsure whether Northampton will even have a Council Prez by that early date, to say nothing of a 9th member.

On paper, the reason for this visit to the People's Republic of Northampton County is the inaugural meeting of the bi-county health commission. But don't believe that for a second. A coup is obviously in the works. Disgusted that regional efforts like a work release facility and crime center have been consistently rejected, they've had enough.

For the past month, Sheriff Rossi has been drilling commission members in urban assault tactics. "If we take out Angle or McHale early, this will be a cakewalk," predicts team leader Percy Dougherty. "The rest of them are a bunch of panty wastes. I mean, who the hell insists on being called 'Charles'? And Lamont sure as hell sounds French to me."
Posted by Bernie O'Hare at 12/29/2008 12:00:00 AM

If Norco is the worst local government, there are three primary culprits. First, Angle. Second, Stoffa. Third, gadflies like yourself who are only interested in your own self-promotion.

Under the American system of government, annoying little gadflies like me are encouraged. In many other parts of the world, they are routinely executed. You've just established, quite convincingly, why the People's Republic of Northampton County is so dysfunctional. Thanks.

Boonie, you should not be shot. You are of course free to express yourself and are encouraged to do so, but you get so self-righteous when you are attacked. You should practice what you preach. Most of what you write about Northampton County are lies and disinformation to forward the agendas of Stoffa/Angle Inc.

Nothing self-righteous in agreeing that I am just a gadfly or in noting they are routinely shot in other countries. Don't see where that's a valid criticism, but knock yourself out.

Actually, if I were telling lies and spreading disinformation about Northampton County, this blog would soon have no readers. People see through that baloney. I do have strong opinions. They can be wrong. But I always make a big effort to get the facts right.

And that's why people like Charles Dertinger or you get upset. When he had a little temper tantrum in county council, I was there with a recorder so that everyone can hear just how goofy he sounds. When the Queen of Hearts started thinking about funneling NC money to a LC effort like Christkindlmart, I told you. When council members have a lousy attendance record at committee meetings, this blog will note it. This is the kind of information that some people would prefer we not know.

Yeah, but you see you are a phony. You've never written once about John Cusick's extensive County Council traveling.

That's because until you posted your comment, I had no idea that Cusick was doing anything inappropriate. I will look into it.

Still waiting on the discussion on the Human Services job freezes and cuts of caseworkers. Also the Budget deficits. Oh I forgot you asked Stoffa and Marcus and they said don't bother.

I keep forgeting this is no longer Reibman when you did investigations, now the Administration gets a pass and the staff are the bad guys.

Ross Marcus has been very forthright about the problems at Human Services. Nobody is hiding anything, except you, hiding behind a shroud of anonymity.

He is very forthright saying there is no problem. The Department is floundering, the worst shape in years. Way to uphold that honest fact finding you brag about. Annon 9:32 is right on on that one.

I guess it is also true that the Bi-County Health Department will be a wonderful self-supporting agency that Stoffa and Company claim it will be.

All is well in the Land of Make Believe, I mean the Stoffa Administration.

Nine members of the council and you can't help but to include "Charles" and Lamont, tell the truth did they rubuff your sexual advances and now you can't think about anything but them.
Or is it that they know what a piece of trash you are and since they are willing to stand up to your internet bullying you are obssesed with them.

Those who consider themselves a gadfly seldom accept themselves as non / counterproductive pests.

Honestly Bernie, your constant rebuke of Northampton County is both false and disheartening. If Lehigh County does a better job, then why don't you move there. The average Lehigh County taxpayer also has more wealth to piss away on government waste. I like my taxes low! And thus far the county government has done a good job of that when compared to School Districts and Municipalities. One of the big problems that Northampton County has is its proximity to New Jersey and New York. Droves of transplants are coming here bringing in their Democratic Big Governemt, High Tax values from out of state. Some are bringing in their drug and alcohol problems also. That in turn drives up the gang and drug violence problem which is burdening the taxpayer. Also, there is another problem which is the significant amount of urban ghetto transplants who come here in their first attempt to buy an affordable home. Their children don't know how to cross the street, dress properly, or do anything civilized. Those kids end up thugging around as your local drug dealers on bicycles, grafitti turf marking their areas, breaking into cars, robbing banks, etc. They know nothing about the civilized world or honest living.
I am sure Bernie, that you love feeling sorry for them and believe that the government has somehow deprived them of all the opportunities that everyone else has had. That is why you make such an issue of a county governemt that is doing a fairly good job.