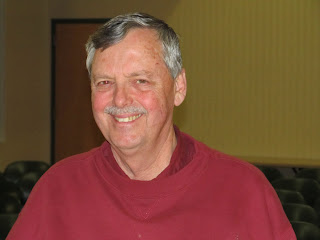 Despite ten negative mailers and an avalanche of signs, Nimita Atiyeh has failed to unseat Tom Nolan as a Bethlehem Township Commissioner.

In contrast to all the money spent by Atiyeh (no report appears to have been filed), Nolan spent nothing. He brought out about ten or fifteen signs that appears to have recycled from previous races, and won a convincing, 72% to 28%, victory.
Posted by Bernie O'Hare at 11/08/2011 09:55:00 PM

Thanks. I fixed my error. It has been a long day for me, with about 4 hours of sleep.

I'm glad Atiyeh lost. His huge green signs were everywhere and reminded me of a guy who wears too much jewelry and drives a flashy car. All style, no substance. Definitely compensating for some internal personal shortcoming. Pun possibly intended.

The jewelry/car thing might be correct however, I don't think MRS. Atiyeh is packin'.

Not that we know how much the Atiyeh's spent on the election as they failed to report but with only 257 votes, that's an expensive per voter cost!

I don't like it when I can't have my cake and eat it, too.