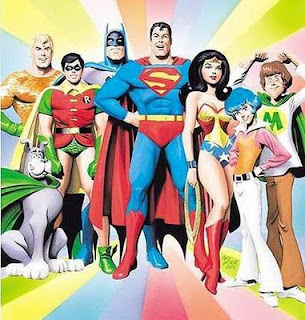 If I were Charlie Dent, I'd be worried. I think he's the best we have to offer, but Congress' approval rating is at just nine percent, an all-time low. And for good reason. The Super Committee's failure to produce a budget compromise is just the latest disappointment from a bunch of duds.

In his fourth term, and now serving on the powerful Appropriations Committee, Dent will be painted this election cycle as part of the problem, not the solution. He will be identified with the never-ending gridlock in Congress. But in each of these four terms, Dent has been willing to reach across the aisle and is one of Congress' few remaining centrists. The nonpartisan National Journal, for example, ranked him as the House's 13th most centrist member in 2010.

Dent has released the statement below, following the failure of the Not-So-Super Committee.

“Like many Americans, I am deeply disappointed in the failure of the Super Committee. However, the fact the panel failed to put forth a comprehensive plan to tame federal spending does not abdicate Congress's duty to get our nation’s fiscal house in order.

“I advocated for a larger agreement -- closer to $4 trillion -- to reassure the country that its leaders understand this basic fact: America's long term obligations far exceed our capacity to pay for them. No amount of spin or posturing will change this fundamental dynamic.

“Like Europe, and despite the failure of the Super Committee, the President and Congress must deal with this fiscal challenge if we want a brighter future for our children and grandchildren. Nevertheless, automatic spending cuts will begin in 2013 through the sequestration process. The deficit reduction goal must be met and it is now up to Congress to see that it's implemented in a manner that does not harm our nation's security.

“As for the President, he abdicated his leadership responsibilities by undermining the Super Committee when he insisted on $1 trillion of tax increases as a precondition and no changes to the health care law's new spending and higher taxes. And the President has not put forward any substantive reform proposals to address mandatory spending, after saying in 2010, "The major driver of our long-term liabilities, everybody here knows, is Medicare and Medicaid spending. Nothing comes close." That was then.

“As far as revenues are concerned, Senator Pat Toomey (PA) offered a serious revenue package -- consistent with the principles laid out in the Simpson-Bowles Commission -- that would have raised at least $300 billion by cutting breaks and deductions, largely for the wealthy, in exchange for lower marginal tax rates for all income taxpayers. The offer was summarily rejected.

“Despite this disappointing failure, I believe a renewed sense of urgency has helped cultivate greater bipartisan dedication to addressing our nation’s dire fiscal challenges. I remain committed to working with my colleagues to take the necessary steps to restore stability to our fiscal house.”
Posted by Bernie O'Hare at 11/23/2011 12:00:00 AM

Since the Super Committee and Dent are responsible to Grover Nosense, this was a none starter. The Republicans have made very clear there will be no new taxes of any sort for anytime to help erase this massive debt.

Instead they will let veterans, kids, the elderly and basically everyone else pay the cost of propping up Rupert Murdock and the rest of the teabagger heroes.

The only bright side to this is the next election independents will run not walk from these extremists.

Can't wait till "goodtime" Charlie comes up with a plan to exclude the automatic defense cuts.

Lets' see waht does that leave then?

Grover Nordquist is a true enemy of this country for demanding a stop to tax increases while our government spending spirals out of control. Obama is a hero for quadrupling in two years all debt previously compiled by six presidents in 40 years. He did this with fillibuster proof Democrat majorities. The binge finally stopped when Pelosi was kicked the hell out of the Speakers chair she soiled.

This is Obama's first real job and he was given a lot of slack. It's completely his fault now. Nobody expected some stupid supercommittee to work. It was just a further shirking of responsibility.

“As far as revenues are concerned, Senator Pat Toomey (PA) offered a serious revenue package -- consistent with the principles laid out in the Simpson-Bowles Commission -- that would have raised at least $300 billion by cutting breaks and deductions, largely for the wealthy, in exchange for lower marginal tax rates for all income taxpayers. The offer was summarily rejected.

This paragraph is 100% bullshit. Toomey never offered a plan on paper. It's an idea. It was never scored by CBO. $300 billion is Toomey's number.

That number is based on the right wing fantasy that tax cuts increase revenue. <a href="http://www.nationalreview.com/articles/229574/goodbye-supply-side-kevin-d-williamson>They don't.</a>

What happened here is exactly what's happened every other time there's been gridlock the past 3 years. The Democrats moved right and the Republicans moved further right.

The super committee was formed to find spending cuts, something the Democrats have no interest in doing.

By the way, none of the "cuts" - either those proposed or automatic - actually reduce spending. All they do is reduce the growth in spending, over enough years to guarantee that even those meager cuts won't even happen.

Instead of real fiscal responsibility we are fed "super committees" and press releases. Until the policitians - Democrats, Republicans and "centrists" - start voting for real (and immediate) cuts in spending to close the $1.5 TRILLION hole we're digging each year, we'll keep speeding towards collapse.

I can't believe Dent is sticking up for Toomey. Toomey, the super right wing Republican, did not give an inch during the Super Committee actions. Now Dent is trying to prop up his fellow Republican, knowing there will be a backlash from normal citizens of the Lehigh Valley. This whole mess is pathetic. Yet our troops and elderly will surely bare the burden of the cuts, while corporate America will still get their bonuses.

What-Am-I-Gettings-From-Big-Government? and his ilk just ain't never gonna get it ...

... yack on all you like about the 'racist' Tea Party which, as Maxine Waters has said, can go straight to Hell.

It's definitely the Spending, Dummyrats.

The Last Patriot - it of the ever changing handle - once again illustrating its brilliance.

Truth is, this knucklehead is in the majority who could care less about "our children and grandchildren". They want what they want, and they want it now.

Toomey's plan, whether on paper or discussion in committee, would raise revenue from the evil 1%'ers, something our "Patriot" whines about every day. In Norquist's world, closing loopholes is the same as raising taxes. So, your "Puppets of Norquist" meme fails as well. Rejection of a revenue plan, even one that gets the rich, turned out to be a good defense against serious spending cuts.

In the end, the left would rather see failure and let the 1%'ers keep the loopholes than give up a dime, because they have no idea how to live outside the womb.

It's all good. The triggers will automatically put measures into effect to cut the deficit.

You have revived my faith in polls . Numerous polls , including one yesterday, have shown that Fox news viewers are the least informed people on the planet ( OK maybe just in the US) Most tea party nuts are Fox news viewers..So the logic follows that they are grossly uninformed..By your statement, you have proven it all true..Thank you! As for Dent and the Republicans who want to spend $700 billion a year on defense while cutting Social Security and medicare, I can only say, I pray you lose..However, thanks to redistricting (gerrymandering) and Citizens united, you probably won't. So we'll still have the mess we have now until the revoltion comes, lol...Go 99% !!!!!!

All I can say is it's obvious you watch Fox news..I pray one day you watch cartoons and then will be better able to make informed statements.

You actually admit, "All I can say is it's obvious you watch Fox news"?

Not enough to simply BE a dumbass, you have to shine a spotlight on yourself and make sure even the casual reader is left without a doubt.

If the Occupy Wall Street flea baggers and the so-called 99%ers are so brilliant, how is it that the OWSFB fools seemingly must CHANT and REPEAT everything that comes out of their mouthhs only at the prompting of a 'leader'

flea baggers want to continue to wallow in their disease infested filth to make the world safe for sexual assault and drug abuse. they, along with a host of skinheads and muslim extremists rightly decry judeo-capitalism (one of their favorite terms) and know those hook-nose, dirty jew bastards are responsible for keeping the 99% needy. the media doesn't report the prevalence of anti-semitic sentiment among the pee baggers. that doesn't fit the narrative and we all know jews are responsible for all the world's problems since they slaughtered jesus.

Agagin , you reenforce all the polling data that says essentially that the right wing nuts are not only crazy and ignorant but pathetically misinformed..Why aren't you dining with the 1% right now anyway..I'll tell you why..Because they'd rather piss on you then dine with you..But because you watch Fox news you think it's just golden showers..And we all know that you trailer park Republicans love that!

Don't hammer Clem too badly. His posts allow me to not watch Fox News but still get their spin on current events.

Funny, ironpigpen is lambasting the next commenter for agreeing with him.

It gives you an idea of his IQ..

Every informed economist agreed our debt problems could not be exclusively resolved by cuts or taxes alone.

Charlie Dent supported two wars but apparently wants some future generation to pay for it.

Charlie Dent, contributed to the fiasco in August that tanked by 401K and lead to the S&P downgrade.

The GOP 2012 strategy is making this Country suffer. Shame.

Republican Presidential candidates clearly stated that under NO circumstances would they increase revenue. Even if it were countered with 4 to 1 in cuts.

Lets be reminded people that the tax rate under Obama is lower than the rates under Reagan.

They want a strong National Defense, but they do not want to pay for it.

They want a superior education system, but they do not want to pay for it.

They want a secure border, but they do not want to pay for it.

Save the double speak and "big government" slogans.

nice blog..walking here with a smile. take care.. have a nice day ~ =D