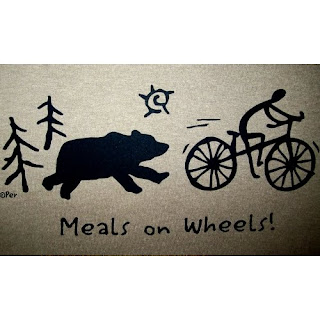 According to the 2010 Census, there are 297,735 people in Northampton County. Last year, 23,742 of them, or 8% of the County's population, were Human Services consumers, and that's excluding Gracedale. At yesterday's Budget Hearing, Human Services Director Ross Marcus outlined a growing demand on Human Services, which accounts for $195 million, or 54%, of the County's total budget. In a faltering economy, appeals for help have surged. But it comes at a time when the state and federal governments are both reducing services.

With the exception of Veterans' Affairs, whose $278,000 budget is paid solely by the County, its current contribution is 7.1% ($13.5 million) of the cost of numerous human services. But noting the decline in reimbursements, Marcus asks, "At what point do we stop backfilling for the state and federal governments?"

Because of various cuts, the County is paying $600,000 for a program that encourages older adults to remain in the community with some degree of independence. In addition to home delivered meals and counseling, the County provides services at 12 different senior centers. 4,900 people participated in this program in 2010. This year, Marcus predicts that over 5,000 people will be getting assistance by year's end. Yet over $400,000 in programs have been cut.

In addition to Meals on Wheels and senior centers, the County provides "older adult protective services" to senior victims of predatory behavior. Marcus noted a disturbing trend in which "[p]eople are exploiting the frail elderly for their resources."

In 2008, there were 66 requests for older adult protective services. In 2010, that number had skyrocketed to 129, and this year's numbers are about the same.

Ron Angle noted that we spend $90,000 to house someone in a nursing home when many of them could get by in their own homes with just another $1500-1600 per month. "We have lost our way as a system," responded Marcus.

What could be more important than protecting our most precious asset, our children, from abuse and neglect? Marcus wants $4 million for this program next year, some of it to make up for state and federal cuts. "I'm just asking for one year," he pleaded, as he and other counties work with the state to increase reimbursements.

Currently, 212 Northampton County children are in placement. The high this year was 256.

In 2010, there CYF investigated 420 allegations of child abuse. This year, there will be a 10% increase. After the Penn State scandal, there were 12 reports of child sexual abuse, over the Veterans Day holiday.

Altogether, there were 2,043 requests for child protective services of one form or another in 2010. Marcus predicts a 50% increase this year.

This program assists between 900-1,000 families with children who experience significant delays in one or more areas of development. The County will kick in $906,300 this year, thanks in large part to declining reimbursements. Council Prez John Cusick told Marcus he "will not substitute local dollars to replace cuts made by the state," adding that Lehigh and other Counties are eliminating this program. But Marcus responded that the lower reimbursement rate is currently under appeal.

Imagine if John Mehler were getting the 7.2 million in Aging instead of Gracedale. How many more people could he keep at home instead of herding them into unfilled beds at Gracedale. What a sick distorted way of spending tax payer`s dollars.

That is one of the worst out of context and uninformed comments I have read yet.

Then Ross Marcus is uninformed and out of context bc he completely agreed with the point made by Angle.

I think Bernie is absolutely correct in his 12:43 comment. Ross Marcus is uninformed and out of context because he "always" agrees with what Angle says. I beleive it is in his job description.

we wipe too many people's asses

This is absolutely why we can't even begin to consider a Health department..State and Federal cutbacks to Human Services are crushing county taxpayers..Where do these health department supporters think this money is going to come from when we are having trouble even funding Human Services..From the State or the Feds??? Be serious!!!
When Corbett brags about how he didnt raise taxes by cutting education and human services, I have to laugh..He just passed the costs along to local school districts and counties..And Zorn, you must be Sanduskys best friend..I imagine if they cut funds to children and youth, you pediphiles will have a field day!

Those are some sad horrible statistics for kids.

Yeah, Instead of ripping into Marcus, I'd prefer to pay attention to what he is saying, and it is sad.

Yes, Bernie, it is sad..It's sad that the State and Federal Governments are cutting back services to the aged and children while continuing to support a bloated defense budget nationally and ignore other revenue streams statewide ( Taxes on gas drilling among other sources that were ignored because our governor got millions in campaign monies from oil and gas interests.) Yes, it's very sad that due to State and Federal cuts our counties and school districts are either forced to cut these programs themselves or increase property taxes on those who can least afford it..

Tom, we agree for once.

I think you should write on the kids part. There's been plenty of stuff on Gracedale and the elderly. Child services is an important function of government as it protects those that can't protect themselves. Nobody likes to talk about child abuse but it's a problem and a growing one in Northampton County based on what you wrote.

I will see if Kevin Dolan has time to talk to me. Good suggestion.

Tell the needy to shut their pie holes and be glad the union is safe at Gracedale.

Most of this idiots posts are just that
Idiotic.....however,

Add some capitals and punctuation and this comment is Berniesque.
gotcha

It's nice to get back from a meeting and immediately see an accusation that I am posting comments under some other name. I don't do that, never did it, and never will do it. I post as me, and as me alone.

Over the years, I have been accused of using names like Banker (he eventually stopped posting under that name), Father Alex, Monkey Mama, Brenda and now Zorn.

I have never posted as any of these names, nor do I post anonymously.

Usually the accusations come from people who themselves do what they are complaining about.

The verbiage gives you away.
I'll post under different names when you provide different options to anon.

BO could never be me, his morals are far below my standards. he is fat and unattractive as well as short.I, however am tall, handsome and debonair.he sees the world thru blinders.i on the other hand am able to ascertain the truth by seeing the big picture and seeing thru you phony anon wannabes. Bo is honest sometimes. I always tell the truth even if anon crybabies don't like it.

Now don't get me wrong. BO does have his place in this world. By his own admittance he is a bottom feeding blogger. but even on his worse day he has the guts to sign his name

and that is much more superior than being an anon union puke crybaby.

by the way bo - no offense meant

I rest my case

None taken. I'd rather be called you than Brenda. But I loved being called the Banker. It has a nice ring to it.

Then I'd say you lose.

BTW "Zorn"
Your posting using a ficticious name, does not fit well with the argument you are having with yourself. When Bernie posts as Bernie it is as he says, full disclosure. Why not come out of your fetal position and identify yourself , stand by your self important POV, take ownership of the union puke statements. I'm sure those union members in here would love to put a face on the comments,no matter how grotesque.

So easy a caveman could do it.

Let me get this straight. After accusing Zorn of being me, without any basis at all, you anonymously ask another anon to come out and identify himself so that union thugs could meet him.

Incidentally, I've never called anyone a union puke. I have called some people union thugs, like Justus James, because that is what they are. Anyone who threatens to meet a council member in the parking lot is a thug.

This post deals with an important and neglected topic, and I've had enough from mindless trolls who try to hijack threads to spread their message of hate. OT comments will be deleted.

This department has spent millions more than they have to for years. Maybe they should learn how to live within a budget. Something this admistration has never been able to do.

these anons are mere child's play for mt superior intellect. They do not comprehend reality.

You are right BO - thugs.

Threats are their only weapon, greed their only motivation. I pity their little station in life.

Time to make the donuts zorn.

sorry, i make dough as you go nuts struggling with your lackluster existence

Can you show me on a map how to get to Mt. Superior

no, you have to earn it by hardwork

zorn get back to washing that car.