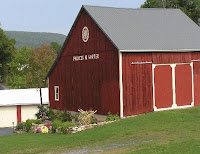 Dan Stonehouse had been Administrator and Zoning Officer in Heidelberg Township since 2008, but Northwestern Press is reporting he's been axed. The firing comes amidst allegations that Stonehouse was using Township computers and cell phones for personal use, including pornography.  Stonehouse was terminated during a Monday morning special meeting, after a weekend of executive sessions.

Stonehouse knows the deal, having served in Skippack Township, Emmaus and Coopersburg, before moving on To Heidelberg Township.

It's unfortunate when it comes to this.

he got nixed in Coopersburg for the same thing.

Well, maybe he can get a job a Ped State.