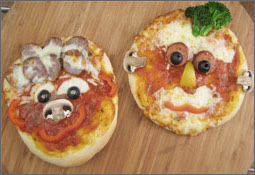 When golden leaves blanket running and bike trails throughout the Lehigh Valley, so does the colder weather. Instead of being festooned with "fuel belts," "camelbaks," or just a simple bottle of water, runners and cyclists are now sporting hand-warmers and reflective beanies. Nobody thinks much about water.

But the European Food Standards Authority does, and in an incredible edict, has banned bottled water distributors from advertising that drinking water helps prevent dehydration. This is after a three-year study involving 21 scientists. Any business owner ignoring this command faces two years in a European hoosegow, where he will be water boarded with San Pellegrino and Perrier.

Can you say Nanny State?

Before you do, take a look at Congress. In a bow to $5.6 billion spent by food companies opposed to new regulations in the school cafeteria, our federal legislators have decided to classify frozen pizza as a vegetable. After all, there's tomato paste on it.

Everybody knows the tomato is a fruit.

Email ThisBlogThis!Share to TwitterShare to FacebookShare to Pinterest
Labels: Congress

This is the power of big money at work in Washington. Yoiu can spew ideology and all the freedom, capitalist, nanny state nonsense you want. This vote is just a paid for vote. Science is now evil in the "New" America. Burn the witch, I mean burn common sense. Good Grief.

We can trace this back to Ronald Reagan and his famous,"katsup is a vegtable".

By the way, do any of these morons realize that a tomato is a fruit not a vegtable. I guess enough lobbiest money can make even a soda a vitamin.

the real problem is governments who think constituents are stupid. Don't we know water hydrates? Don't we know pizza isn't a vegetable?
The condescending attitude that we need government to take care of us is insulting

the real problem is governments who think constituents are stupid. Don't we know water hydrates? Don't we know pizza isn't a vegetable?
The condescending attitude that we need government to take care of us is insulting

also, double posting is an indication of stupidity

Corporations try to sell you crap and it gets rejected, like new Coke. Government crap gets shoved on us and it never goes away. Meanwhile, Michelle Obama tells us what to eat and she barely gets packed into her ill fitting clothes.

Michelle Obama can, as Maxine Waters has said about that Tea Party, can go straight to Hell.

JUST SAY NO to Mooch-elle!

nice to see the classy folks showed up this morning to offer perspective on why good liberty loving folks like myself will never associate with the Tea Party.

I think you present a silly choice..We are already ruled by the 1%..The corporations run Congress and it will get worse with Citizens United..Much worse..
We aren't even close top a "nanny state", nor will we ever be..As far as the idiots attacking Michelle Obama for suggesting healthier foods go, I can only say that if you ate healthier maybe your IQ would increase beyong 10..Try it..

You want four more years of Obama, then go for it!

Feel free to move to California and vote for Maxine Waters, too.

Must have been bitter clingers hanging onto their guns and religion ...

Obama and Biden were their to honor military personell..It sowed such pathetically little class to boo them..However, considering the IQ's of Southern Nascar fans, it's no surprise...They probably didn''t even kno who it was , they just saw that she was black..

Bernie, you neglected to mention that Charlie Dent voted in favor of the legislation that says frozen pizza = vegetable.

Guess you "inadvertently" forgot to post that press release.

Michelle Obama despises her country. Her efforts on behalf of military personnel are the least she can do for a country that has given her so much, despite her hatred of it. She and her husband poke fun at NASCAR folks. Then, when approval ratings are lower than Joe Biden's IQ, they come whoring for votes. That's the only thing transparent about that bunch.

Michelle won't send her offspring to public schools, but is compelled to tell public schools how to run and how to feed children. Please. She is the poster girl for the Nanny State and she should be lustily booed wherever she interrupts her latest vacation to show up.

To state that Michele Obama despises her country just shows your complete ignorance. No matter what followed that pathologically ignorant statement, it shows you as a trash taling trailer park beer guzzling moron who spends most of his unemployed hours watching Fox news...I'd imagine you watch it all day until the wife comes home from work to feed your ass. Get real..

and 3:26 PM: your characterization of NASCAR nation is typical of the liberal elite who KNOW they are better than the rabble

That is so far over the top that there is no way anyone could take you seriously. You are really sad and pathetic. I honestly feel bad for you.

Michelle Obama is a nice lady who should not be involved in food policing. Political figures get booed whenever they're stupid enough to show at sporting events. From the Fenway faithful who lovingly chanted "Drunkie" to Teddy Kennedy, to NASCAR fans who booed an unpopular president's wife, people enjoying pastimes rarely react well to its infringement by politicking.

The whole point here is that both extremes are just a tad nuts.

I love NASCAR and congratulations to smoke, I was pulling for Edwards. I own a number "3" shirt, I proudly wear to races.

UI also think you teabagger creationists are about as stupid as you can get. You condemn the blacks and poor for blindly following the liberal handout mantra. That is actually a fair point. Another fair point is the idiotic mainly white older people (I'm an old white guy) that won't read a book or see a movie if it isn't endorsed by Rush, Hannity, Coulter or one of the other right wing bobbleheads that make millions off your ignorance.

Anyone who boos a First lady be it Laura Bush or Michele Obama is a classless jackass.

Get off the tea. Read a book not endorsed but condemned by one of the Fox bobbleheads, you will discover an entirely new world, where intellect and reason prevail over hate and ignorance.
Jesus don't like stupid!

Actually, you sound pretty hateful yourself.

I hate stupidity and so should you, you drunk bastard!

Well, you don't sound particularly intelligent, either. You instead sound pretty much like exactly what you are condemning in people who do not share your world view. You are yet another polarizing person who is convinced he is right about everything.

I think we have a winner!!!

Have to agree with your astute comment..The problem with the tea baggers are they all watch Fox noise..Another poll, in a long line of polls investigating the same issue, found that Fox News viewers are the least informed of all citizens and that even included those who don't even watch the news..Check the Huffington post story today...So it helps us understand why the tea partiers are so ingredibly grossly misinformed..Awww, poor morons..

Incredibly was a typo, sorry. Don't want anyone to think I'm a teabagger, lol

6:47
It's not that anyone really thinks pizza is a vegetable but the fact that classifying it as one means that the Food Service has satisfied a requirement to provide vegetables by offering pizza, as was the case with ketchup during Reagan's admin

Herman Cain would reclassify pizza as meat and veggie and probably also dairy. But at least the pizza man's perspective would be warranted.
That Congress allows the same is simply depressing.

Congress has become a pathetic joke since the Republicans have taken over..Can't remember a time in history that the house of representatives have had a lower approval number..Well earned by this no nothing, do nothing bunch.