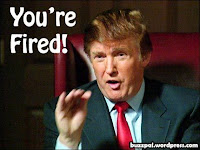 On Tuesday, the Express Times scooped us all with a report that lead court officer Lance Wheeler, a courthouse fixture, had been unceremoniously dumped by Court Administrator James Onembo. I've learned since that Wheeler was replaced, almost immediately, by Deputy Sheriff Chris Fegley. The position was never posted for applications by other courthouse workers, but I understand that this is no requirement for a judicial employee.

It's who you know.

Fegley is a former Allentown police officer who retired in late 2006. In his final month in Allentown, he packed in 51.5 hours of overtime. This final month is what determined his pension, which turned out to be $54,619 on a salary of $48,768.

Depending on when he was hired as a Northampton County Deputy Sheriff, he might be eligible for a second pension.

Over the months before his termination, there was increasing friction between Onembo and Wheeler. One of Wheeler's two daughters, Makaeya Lynn, has MLD, a rare and incurable disorder that attacks the nervous system. muscles and organs. Onembo was upset at the frequent absences and fundraising, while Wheeler was disturbed by Onembo's seeming insensitivity.

Wheeler served at the pleasure of the Court, as an at-will employee. Some say he was let go because of his work as an elected constable, but the judges themselves gave work to Wheeler as a constable. Something else is going on.

It appears that Onembo is the person who fired Wheeler, who was afforded no meeting with President Judge H.P. Kimberly McFadden. It would seem to me that a person who works for the courts, even as an at-will employee, is still a public employee and should be afforded a meeting with his real boss before being given the axe.

Thanks for the expose on the court. Disgusting behavior. Keep watching them.

Is Chris Fegley related to the
Bethlehem Brew Works Fegleys?

Not bad, what do you believe is going on?

In all fairness to Judge McFadden, if the shoe was on the other foot, do county employees get fired by John Stoffa? No. They are fired by their Director or Administrator. Why should Lance get preferential treatment and have an audience with Judge McFadden? I'm not judging the reason for why Lance was fired. I'm questioning your reason for Lance to see the President Judge. Your reasoning does not make sense. Nor is it practical. Even in the private sector, the dismissal of employees are done by immediate supervisors, not the CEO. You were way off on this one, BO.

There are problems on all sides of this mess.

From what you've posted, the guy provided enough justification to be let go.

Then, the hacks in charge rush a hiring. We, who pay, get want they want, another trough-feeding pension padding pal. Typical of public bureacracy, little thought or effort put into the search process (See Nazareth ASD Superintendent search). Move quickly to place someone of trough-feeding prowess into the slot.

One more example of why goverment is not, and will never be, worth the cost.

Clem - Yet, you'll be the first one in line at the Social Security trough when its time to retire. Spare me the tea party rhetoric. Spewing Fox News hatred and Rush's bigotry is getting old.

As an Allentown resident, thanks for ruining my Monday morning with the sickening reminder of the APD ovetime pension grab and the absence of responsible leadership in City Hall. The new APD officers surely will not get such lavish pension deals, but they will have to live with the public stigma of greed and self service created by "public servents" like Fegley.

I don't know if Chris Fegley is any relation to the Fegleys of Brew Works fame.

Here's why I say Lance should see the PJ, and not the Court Admin. The Court Admin is a state employee, not a county employee. I'm not sure he has any authority to hire or fire a county employee. Onembo works for the AOPC. Wheeler works for the County. That's why Wheeler should be afforded a meeting with his real boss, the judges. I believe Onembo assumes too many of these functions and has way too much power for someone who was never elected by anyone and does not even live in this state.

Ah Clem. Back for more comic relief. Guys like Clem have such a basic misunderstanding of American society that it is quite sad. I suppose it is a byproduct of not bothering to learn anything outside of of what Fox News tells him and then to do their bidding by regurgitating it on public forums.

Ironically, Clem will spend his day traveling on public roads, being protected by public employees, interacting with an educated populace, and perhaps mailing a letter 3000 miles for 44 cents. All the while, his uncertain future will be protected with social insurance.

Clem, we love ya, buddy! Bwahahahaaa

Judges are state employees as well, not county employees. They are paid by AOPC and get state benefits as well. Lost argument.

Keep on allowing your Government to spend its f--ing face off, Genius.

One day, you should try watching something other than CNN.

You are nothing more than a laughable Parrot, yourself, 12:03.

Section 951: Hearings: Any regular employee in the classified service may, within twenty (20) calendar days of receipt of notice from the appointing authority, appeal in writing to the Commission any permanent separation, suspension for cause, furlough, or demotion, on the grounds that such action has been taken in his/her case in violation of the provisions of this act.

Those positions covered by the Pennsylvania State Civil Service
Commission shall be subject to those regulations established by the Commission.

Judges are paid by the state, but are elected to represent thepeople of NC. i believe the people they hire have a reasonable expectation of due process from them, not some case manager.

Criticizing inefficient government doesn't require foregoing roads and courts. Those who rush to reductio ad absurdum are usually goldbricking hallwalkers who steal fheir government paychecks and give the honest and efficient a bad name.

He should send in his appeal, if he really didn't do anything to justify the firing, and personality clashes don't count as just cause for firing.

This may cost us a ton of money after all

Zorn, i'll allow your personal attacks to stand just as soon as you identify yourself.

Oh, look. The mistake of its father is back to say "Fox News".

I'm sure Clem is one of those people who wants the government out of his Medicare. Right, Clem? Sorry, he's probably fixated on Gretchen Carlson at this hour. My mistake.

Zorn, i'll allow your personal attacks to stand just as soon as you identify yourself.

Identify herself? Obviously, it's that nutty person from "West" Easton.

Whoever it is, the person will have to identify himself if he wants to continue making personal attacks. I've had enough of the mindless nonsense.

But anon 8:57, is an anonn love letter. Gotta love the hypocrisy.

3:28 - Proper English might be in order if you want people to understand your incoherence.

MCFADDEN WILL GIVE LANCE NO SYMPATHY. AT ONEMBO'S URGING, LANCE INSTRUCTED THE TIPSTAFF HOW TO IMPROVE THEIR JOB PERFORMANCE. ONE OF MCFADDEN'S COURT JESTERS, JERRY FOX, GOT OFFENDED BECAUSE HE WAS TOLD TO DO SOME PHYSICAL WORK AND CRIED LIKE THE TRUE BITCH HE IS. ONEMBO CAVED TO MCFADDEN, HUNG LANCE OUT TO DRY, AND THE WAR WAS ON. FEGLEY WAS ONE OF MCFADDEN'S ELITE DEPUTIES, AND HIS UPPER LIP SMELLS LIKE HER ASS IF ONE HASN'T NOTICED. MAKES PERFECT SENSE THAT HE GOT THE JOB.