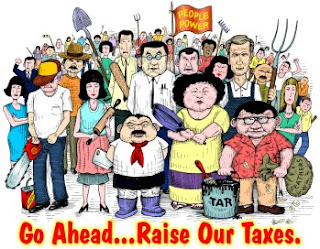 At their November 21 meeting, Bethlehem Township Commissioners were presented with a $15.9 million budget that, if approved, will hold the line on taxes and sewer rates next year. The Township's finance maven, Andrew Freda, provided a line-by-line overview.

In the General Fund, the Township anticipates receiving nearly $15,897,458 next year, including nearly $10 million in real estate taxes and an opening balance of $1.6 million. It will spend over $7 million for public safety, $2 million for public works, $1.1 million for culture and recreation, $1.1 million in debt service and nearly $3 million in general government expenses. The budget also calls for a transfer of $275,000 to a capital reserve fund. Added up, expenditures next year are estimated at $14,777,109, leaving a projected fund balance of $1,120,349.

From its $808,000 capital reserve fund, the Township plans to spend $792,000 for unspecified capital purchases.

Freda told Commissioners he is recommending keeping the sewer rate and 5.99 millage rate steady next year. Under that rate, a home assessed at $75,000 would be taxed $449.25.

Although Commissioners had no questions, President Arthur Murphy - himself an accountant - praised Freda for doing a "great job" with the budget.

Township Commissioners will address the budget again at their next meeting on Monday, December 5, 7 PM, at the Township Municipal Building, located at 4225 Easton Avenue.
Posted by Bernie O'Hare at 11/22/2011 12:00:00 AM

No ethnics. They must be teabaggers.

If it were line by line then explain this:
"the Township plans to spend $792,000 for unspecified capital purchases."

What sort of things and where are they going?

Please explain, are they absolutely necessary? What departments?

Were still not out of the economic downfall yet and some feel that the worst is yet to come, so please think before pissing off those living check to check, the working poor (taxpayers)...

$792,000 for "unspecified" capital purchases is certainly questionable. Shows how silly the residents are. raise heck over an old house but don't question over 3/4 of a million dollars in unknown expenses. the commissioners are watch dogs but don't question this either? a lot of somebodies are asleep at the wheel. must be taking lessons from the senior rubber stamppers in bethlum.

Attend a meeting and ask!!

I indicated this is for unspecified capital needs bc I never asked about it until I was writing this story. I will try to determine what those are for a future post. The fault is mine, for not asking.

Kuddo's to our Commissioners. Force the merger of the fire companies, cut our support and force them to open their books. Tax returns for the fire companies are available on line yet Nancy Run hasn't filed a 1099 in years.