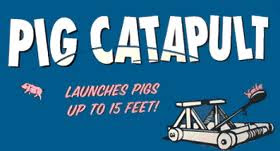 I knew this would happen. Yesterday, I told the story of  The Wicked Witch of West Easton, who's running for Borough Council. I knew she and her familiars would try to shout me down with lies and half-truths. But people have a right to know when someone seeking public office, even on a small borough council, appears to be cRaZy.

Besides, it was Halloween.

I am portrayed as a stalker, a person who follows Tricia Mezzacappa, the Wicked Witch, like a love sick puppy. Now as lies go, that's pretty good. Though considerably younger than I, Mezzacappa is attractive and dresses suggestively. What the hell was I doing at her house, anyway? Why was I spending so much time with her?

Mezzacappa was someone I considered a friend. When I embarked upon my walking and running program, she offered to go with me. And I did go on walks with her about four or five times to places like the Palmer Bike Path, Nor-Bath trail and the Lehigh Canal Towpath. Afterwards, we'd get a bite to eat at a local restaurant and then I'd return her to her home. I at no time ever acted improperly around Mezzacappa. For that matter, I never even touched her. Believe me, most of the time, I was in no condition to do anything because I was really in bad shape. But her stalking claim is believable. It's completely untrue, but I can see how a charge like that might resonate.

Where the Wicked Witch goes wrong is when she makes two other claims.

After making the totally believable claim that I am a stalker, she destroys her credibility by claiming that I'm a pig kicker, too. She owns a domestic pig named Earl. Before picking Mezzacappa up for runs, I'd bring him watermelon slices. Here's what the Wicked Witch claims.

"Bernie kicked my pig in the throat while at my house. He [the pig] yelped, and then shoved his [my] leg with his nose. That was the last time O'Hare was welcome in my home. He [the pig, I think] was in so much pain that he cried whenever I tried to pet him for a week straight."
* * *
"The most sickening part of the blog was actually about my pig. O'Hare knew that Earl was placed on antibiotics for a tusk abcess that was growing very large into his throat. The vet told me he was dying of bacteremia. The medicine has helped so far, and the huge abcess had just started to disappear, when O'Hare hauled off and kicked him for no reason at all. There is no one more disgusting than him."

Now, as believable as the stalking charge may be, this is just insane. Why on earth would anybody suddenly decide to kick a pig? That's just plain kooky.

On the bright side, the Phladelphia Eagles called.

Nabbed by the Cops Lie

"Kicking the pig was only one problem. The second, more embarrassing problem came later. Actually, I had to notify the Easton police department, who caught him just as he was waddling out my door, banished from my home for good. The rest I wont bother to mention, because it will cause him horrendous embarrassment"

Apparently, after I kicked her pig in the throat, I did something even more offensive that brought the constabulary. I have to be honest. I did fart, but cops don't usually come for that sort of thing. But if they did, there would be a record of her call to the police, and you won't find one. Anywhere. Because what she is claiming simply didn't happen.

In fact, after I got home, I actually had a nice thank you from Mezzacappa in my inbox.


Does this sound like a person who was forced to call the police about me?