Nationwide Is On Your Side in Hanover Judge Race 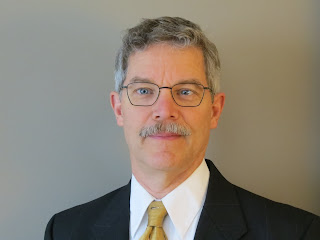 There are now three attorneys who wish to succeed Magisterial District Judge Jim Narlesky when he retires at the end of this year. Paul Schaffer, who lives in Hanover Township resident with his wife Susan, declared his candidacy yesterday. The magisterial district includes Hanover Township and Bethlehem’s 14th ward.

Schaffer is a graduated from Ohio Northern University School of Law, where he served on Law Review. Admitted to practice law in Pennsylvania in 1981, he worked with Scherline and Associates until 1995. He was then hired by Nationwide Insurance as an in-house trial counsel. Though his office is in Plymouth Meeting, he told me he's only there about three times a month. He mostly works out of his home. Since then, he has had an active litigation practice in the Lehigh Valley.

Bethlehem Attorneys Vivian Zumas and Michael Recchiuti have also announced their candidacy.
Posted by Bernie O'Hare at 2/03/2017 12:02:00 AM