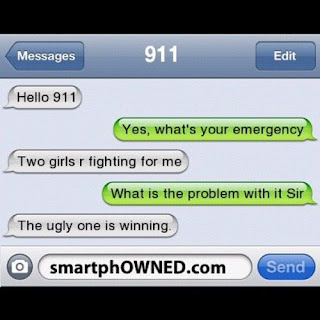 Northampton County's 911 dispatchers fielded 97,000 emergency calls last year, 67% of which were from cell phones. There were even 161 emergency text messages. There were also 296,000 non-emergency calls. Bethlehem fielded about 40,000 emergency and 50,000 nonemergency calls, and dispatchers were able to use remote cameras to assist officers responding to crime or other emergencies in real time. What happens to those cameras when the County and City combine their 911 centers, as mandated by the state? That is just one concern raised by NorCo Council member Ken Kraft at Council's February 16 meeting.

Neither Northampton County nor Bethlehem has any say in this matter. This is a state mandate under a law enacted in 2015, increasing the fee charged for 911 services. Under this law, consolidation must be substantially completed by June 30, 2019.

Todd Weaver and Bob Novatnack, newly minted EMS Directors in NorCo and Bethlehem, said they have been meeting monthly to navigate this transition. Weaver estimated that this consolidation will require between 10 and 18 new dispatchers, each of whom takes a year to fully train. Novatnack added that Bethlehem currently has 22 FT and four PT 911 operators. They both acknowledged there are Human Resource issues.

The state has provided $8.1 million to facilitate this coordination. This money is being used to purchase new communication centers in Bethlehem, Allentown and in both counties. They will be connected to each other, so that if one goes down, the other can act as a back-up.

Kraft, who represents Bethlehem on Northampton County Council, wanted to know whether the consolidated dispatchers will still have the same camera access as they currently have in Bethlehem, which enables them to assist police officers in finding fleeing suspects.

Weaver and Novatnack danced around the question. Weaver said that monitoring cameras is a "law enforcement activity," while Novatnack suggested that operators in Bethlehem will still man the cameras. .

"It just seems like it's not going to go as smooth as it sounds," worried Ken Kraft Weaver said there will be "bumps in the road."

"I hope the County doesn't drop the ball," said Kraft.

Hayden Phillips warned that this consolidation is just the first step. He said there are reports that the state's ultimate plan is to have one regional communications center for the entire Lehigh Valley.
Posted by Bernie O'Hare at 2/21/2017 12:07:00 AM

Is there anything in the 911 law that says the communication center must be housed in a single location? Technology can permit the city's center to remain as is, and be linked to the Gracedale site, as if it were one.

The city center is going to remain, and will be a back up.

Is Kraft on county council or city council?

County council representative for District one. As a district representative I am concerned with all things Bethlehem, Hellertown Freemansburg and Hanover Twp. And when the state steps in and says they want us to do something and change things for the worse, I ask questions... if you have a problem with that, move to district one and run for office.

When a"consolidation" requires 10-18 new people, one has to ask who came up with this brilliant idea. Follow the money, I guess.

Leave to the state. They'd screw up a one car funeral!

Bethlehem has the finest and most efficient 911 centers...politics should not play a part in safety of the residents of Bethlehem..this getting to be bullshit messing with peoples lives......

Ken Kraft..." if you have a problem with that, move to district one and run for office."

Anonymous simply asked for clarification as to whether you were on county council or city (Bethlehem) council. That's how you react to a simple question like that from the public? A little touchy today aren't we? Grrrr

Anonymous at 9:28 AM
"politics should not play a part in safety of the residents of Bethlehem..this getting to be bullshit messing with peoples lives......." Politics...Getting to be?

"Todd Weaver and Bob Novatnack, newly minted EMS Directors in NorCo and Bethlehem, said they have been meeting monthly to navigate this transition. Weaver estimated that this consolidation will require between 10 and 18 new dispatchers, each of whom takes a year to fully train. Novatnack added that Bethlehem currently has 22 FT and four PT 911 operators. They both acknowledged there are Human Resource issues."

I believe most Bethlehem employees will join the county workforce. This is not 10-18 on top of the Bethlehem workforce.

Continued investment on camera surveillance technology and I for one would allow access to my home surveillance system if it makes me and my neighbors safer.

10:22 he knows exactly what COUNCIL SEAT I have... don't kid yourself

kraft certainly seems to have a knot in his panties (or maybe something worse)It was a simple ? and he reacted like an ahole. As he is on county council why would he only be concerned about 4 communities?

Jeff you are right. People say that Kraft has a very short fuse. His response is not one of a public servant. He is lucky he is in a safe democrat seat. If he were not a republican would run.

Jeff,
I am the District one Representative, that is comprised of the city of Bethlehem, Freemansburg, Hellertown and Hanover Township. if something comes up with regards to this area, I was elected as the District 1 Representative to represent them...
Yes, i also represent the entire county, but there are 4 of us district reps for a reason.
The writers of the charter could see that one of the areas was not or could be not represented by any member on council.
This was the fix to a more representative government that helped sell the idea of Home Rule Charter to the electorate back in 1979

Remember that the 5 At Large seats that are up for re-election now, so now is the time to change your representation on council,

I think a more costly issue would be the technology. Northampton cty is one of the only countys in the state that hasnt migrated to digital. Bethlehem city has, and the federal mandate is coming. Shame on council kicking this can down the road, maybe waiting for grant money that isnt coming. Millions of dollars. Big tax increase coming.

I don't know why you explained all that to me. I'm aware of all that. I mentioned none of that. I don't have a beef with you. I just said that your comment made you seem a little...ah...grrrr. No agenda, just an observation.

Ken has a point. When the county went to county 911 it was a mess. The integration of the Blue Mountain system with the county turned into a huge issue. This is a very important topic and real thought has to go into it to make sure it works.

kraft is nothing more than a union tool. that's what he cares about and exactly nothing else

This has nothing to do with the trade unions and everything to do with public safety. You are anonymously attacking a person who identifies himself and takes a stand, showing that he has more integrity than you. The only thing you reveal about yourself is that you are a dishonest and cowardly union hater.

@3:31,
The FCC mandate for digital is still way off. Much like the change to UHF, Norco will not be handing out any equipment. If, and when it comes, it will be an unfunded mandate.

In Pennsylvania there are only two communication centers that are not under a county or regional setup, Bethlehem and Allentown City. Both of the City Communication Centers are losing funding. If either one of them want to continue with having their own centers they will have to find there own funding. It comes down to a cost issue, I am not saying there isn't some political input there. As for the bashing that it always seems to be pointed at Northampton County's 911 Communication Center you have to remember this fact. Northampton County 911 Center deals with multiple police and fire departments and handles any communication that is needed with District Justices,Adult Probation,Juvenile Probation, and DUI centers. Bethlehem City deals with one police department and one fire department. Both centers are manned by professionals just trying to do there jobs to the best of the abilities.