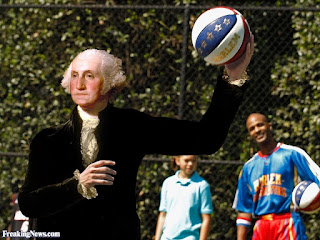 The word "unconscious" has been used in basketball since at least 2007, according to Urban Dictionary.   But I never heard it until last month, when Parkland's Sam Iorio scored 17,000 points against Central Catholic. "He was unconscious," I heard ballers say. I began hearing it again when Nazareth's Kevin Wagner scored 41 points in an otherwise fairly close victory over Northampton. "The kid's unconscious," I 'd hear. On Friday night, at Freedom High School, I watched William Allen Boys Basketball team systematically destroy a very good team from Becahi, 84-52. As I saw Alan Jennings leave the gym, he told me, "They were unconscious." Then, when I bumped into Allentown City Council Prez Ray O'Connell, "They were unconscious" was his assessment, too. .

Though Becahi has offered me money to say I graduated from Liberty, I'm a Beca grad and was there to root for my team. But I really have to salute William Allen on their victory.  This was about more than basketball to them. Their pride was on the line because the only team to beat them this year was Becahi.

The place went wild long before the game started. That's because the undercard was a girls' championship clash in which Beca came out on top of Easton in a game that could have gone either way.

I had arrived early and got myself a good seat near center court. Then some prick in crutches came and puked as he made his way up the steps. He just kept going, too. A woman called Chief Dan Pancoast over. He looked at it and then he called over some poor custodian. That guy looked at it, too. It just stayed there 'till the end of the game, sending aromas my way every few minutes.

Ordinarily, I'd move. But the game was so exciting I refused. In fact, kids from Whitehall sat beside me and told me they they would keep their eye on the old fart who hurled.  An Emmaus mom was right behind me and she refused to move, too. That was fine with me because she would have absorbed most of the next episode, which thankfully never came.

Is Chief Dan Pancoast getting in a little extra "paying" time so he doesn't have to bill the township taxpayers for his staff lunches? Guy is making how much, $100k+ and needs more?

Perhaps Bethlehem Twp should disband its police force and simply pay PA state Police the $25.00 per resident fee for police services? Sure would be a money saver...