A Tale of Three Mayors and Their Campaign Finances 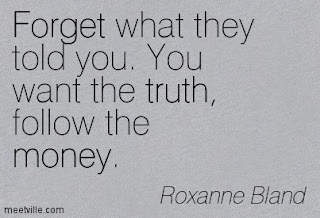 If you want to see what someone's really like, you need to follow the money. Daily newspapers have abdicated their roles as government watchdogs, but many of these reports are now available online. I have looked at the year-end campaign finance reports filed by the three Mayors. Here's what I learned. First, and this is no surprise, Allentown Mayor Edwin "Fed Ed" Pawlowski actively tries to keep the public and the feds in the dark. Second, Bethlehem Mayor Bob Donchez remains all too willing to allow special interests to fund his campaigns. Third, and this was a surprise to me, I actually saw flashes of integrity in the campaign finance report filed by Easton Mayor Sal Panto.

Allentown Mayor Edwin "Fed Ed" Pawlowski $75,000 Transfer Is Illegal. - Fed Ed's year-end report demonstrates an utter disregard for the people he supposedly represents. He's diverted money he received to run for the US Senate and Governor to pay off lawyers representing him and possibly his wife in a federal political corruption investigation. He has also formed a new campaign committee to avoid disclosing contributions until election eve.

Fed Ed has already spent $250,000 for criminal lawyers, and this is before he's even been indicted.

He clearly used the $75k transfer to his mayoral campaign to pay legal fees. This transfer was made on January 20, 2016. Four days before that, he wrote a massive check out (on January 16, 2016, which, coincidentally, is a Saturday) to Jack McMahon. And, the day before (Jan. 19th) and the day of (Jan 20th) the transfer, he writes checks for tens of thousands of dollars more.

He transferred this money from his federal to his state treasury because it is likely that the Federal Election Commission (FEC) would have prohibited the use of these funds to pay criminal lawyers.

Federal law prohibits the use of federal campaign funds for "personal use." This includes payment to criminal lawyers, although the FEC is willing to review a transfer on a case-by-case basis.

Rather than undergoing this review, Fed Ed  transferred the money to his state account, where he can pretty much do what he wants. In doing so, he appears to have violated federal law.

If he's unable to use federal funds for personal expenses,and then transfers these funds to a state account so he can pay off personal expenses, he is breaking the law. Upon complaint, the FEC could impose an administrative fine that doubles his illegal $75,000 transfer.

Bethlehem Mayor Bob Donchez.-  Bob started off 2016 with $120,000, more than enough money to wage a Mayoral campaign against several challengers. Yet he still raised $39,000 in an off-election year. More than half of this money came from people who are already beneficiaries of the City's largesse, or are making money through the CRIZ or various other programs.

I know Bob is a man of integrity. I watched him dip his hands into his own pockets to feed a meter at events where he could easily have maintained he was on official business. He initiated a gift ban among city employees. He could set an example  for others to follow by refusing to raise money in an off-election year,or declining money from people who obviously want something, like Majestic developer Ed Roski. This was a missed opportunity.

Easton Mayor Sal Panto.- I've been critical of Panto and tagged him for using sock puppets to discuss a host of issues on LehighValleyLive. In fact, one family has sued him for defaming them. But I was impressed by his year-end campaign finance report. Though he is an incumbent mayor with a procession of fawning sycophants and could easily have raised lots of money like his counterpart in Bethlehem, he resisted the temptation. He started off 2016 with $14,000 and raised no money. And what he spent mostly went to worthwhile causes like Notre Dame Green Pond. When he attended the National League of Cities, he would have been justified in charging the city for his attendance. But he instead used his campaign funds for what really was a governmental function.

Panto's campaign finance report does set an example for others to follow.Unfortunately, our dailies no longer follow the money until someone is under investigation. If they did a better job of scrutinizing campaignf finance, as they once did, there just might be fewer investigations.
Posted by Bernie O'Hare at 2/08/2017 12:00:00 AM

Good stuff Bernie. Your analysis that Fed Ed likely broke the law seems sound. So who is going to file the complaint? Make it a race?

Reality check time. Stoffa had no Republican opposition as they endorsed his pro-Rep policies. he also has Angle and the press doing his PR and fighting. He didn't need to raise a dime.

Panto is not up for reelection, arch how much he raises if he decides to run again

Anonymous said...
This comment has been removed by a blog administrator.
February 8, 2017 at 7:16 AM

Good analogy! However, Fed Ed has a D.C. law firm that specializes in getting around the FEC and moving campaign funds to look legal. It is a fact that Fed Ed paid almost $250,000 in legal defense funds and he hasn't been indicted YET. Guaranteed he will be indicted, become broke and go to jail. The question is how can his highly paid defense mitigate the charges and sentencing guidelines. I understand the first lady of Allentown will be a bargaining chip in the whole process. After all, we wouldn't want his off-springs to become orphans!

7:16, Your comment is completely off topic. You are anonymous. This is not about the Mayoral campaign. Save your polls for one of those stories.

2:39, Stoffa was opposed by Ann McHale in the primary, and he beat her by spending $7,000 of his own money. He beat the Democratic party,which was supporting a nasty person over a man who believes in good government. Ron spent $ to buy a last-minute ad that I helped him write, and without Stoffa's permission. In fact, it was against Stoffa's wishes. And Ron reported the expenditure, too.

1:34, Ideally, one of his opponents should file a complaint. But I am likely going to work on one myself.

6:38 No, they don't and for good reason. They're used to defending Democratic Philadelphia Politicians. Ed is a small-time crook from a backwater town caught up in small town scandal.

Ed needs a John Karoly type. Karoly could get you off with blood dripping from your hand holding the smoking gun. Unfortunately he's not available right now.

Any day now for the guy from Chicago and his wife the book keeper.
The cheer that will go up from city employees will be deafening except for those remaining stooges. They know who they are and so does everyone else.

Not entirely true re mainstream media not covering this. Looks like Emily Opilo did a few weeks ago.

Great post; thanks. Please advise when tom18017 and roverfan73 submit their reports.

4:06, sure, there's two stories about a mayor under investigation for political corruption what about the other mayors ? What about the other Mayoral candidates ? What about other elected officials ? I remember a time when newspapers would flock to the elections office to make copies of every finance report filed on the due date was due . They would write detailed stories concerning these reports and concerning the individuals who failed to file . They have abdicated this responsibility

Check and make sure Panto didn't double, taking campaign funds for league of city meeting and also charging the city