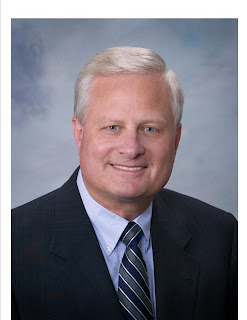 As most of you know by now, Bethlehem Mayor Bob Donchez announced his plans to seek re-election on Friday. I decided to wait until today to talk about his race. I have heard of no primary opponent. His most likely challenger, Willie Reynolds, will support him. He may be challenged in the general election by Chris Morales, a well-regarded small businessman.

Bob's probably a lot less popular now than he was before he started. He's been forced to take stands on controversial issues like Martin Tower rezoning and the South Side parking garage. Every one of his cabinet officials lives outside the city, which really rankles some. But he is also a person of deep personal integrity whose lodestar is what he considers "the best interests of Bethlehem." He has been very transparent in his dealings with the public with a monthly "open office."

For reasons I don't quite understand, Bob has none of the fawning sycophants you will find hovering around Sal Panto and even Edwin "Fed Ed" Pawlowski. Even his best friends have been willing to disagree with him, both privately and publicly. But perhaps this is because he is one of those few people who is lucky to have real friends.

Below is a transcript of Bob's announcement.

In announcing my candidacy for re-election, I seek to continue my lifetime commitment to the City of Bethlehem and my service as mayor for a second four year term. If re-elected, my continued focus will be on:

During the past 3.5 years, with great discipline, and working with City Council, difficult decisions were made to deal with the City’s financial outlook. These decisions have succeeded with good and stable budgeting, which was in serious need at the outset of my term. This led directly to improvement of the City’s bond rating. We have progressed from “BBB with a positive outlook” to “A- with a positive outlook” and increased the City’s cash balance.

Bethlehem continues to be one of the safest cities in Pennsylvania. The implementation of the beat officer, increased patrols, partnerships with Lehigh University, Moravian College and the Bethlehem Sands Casino have proven to be effective.

Currently, my administration is in the process of working closely with Northampton County on consolidation of our 911 Emergency Communication Center as mandated by the Commonwealth of Pennsylvania.

To complement my Administration’s implementation of Text 911, I recently instructed our new 911 Director Bob Novatnack to determine the feasibility of incorporating a 311 system into our communication system. This would provide our residents with one central number to call and report non-emergency issues. This would improve efficiency, accountability and resident service.

Bethlehem continues to be business friendly. During the past 3.5 years, the City has continued to see growth in small businesses and continued development on the former Bethlehem Steel property known as LVIP 7 and Majestic Realty.

With recent changes by the State Legislator regarding the CRIZ legislation, the City has begun to see new development especially in South Bethlehem (i.e. Greenway Commons, Benner project).

This year, I allocated $500,000.00 for the city to acquire blighted properties and get them rehabilitated so adjoining property owners can see their property values increase.

In a notable example of my Administration’s aggressive stance against blight, recently, the Court of Northampton County ruled in the City’s favor in awarding the City conservatorship of a prominent blighted property. This decision was well received and the City will continue to be aggressive in citing property owners who let their property deteriorate.

Three and a half years ago, I pledged that I would have an Open Door Policy, one day each month, for
citizens to come to City Hall with no appointment to discuss their concerns with me. I am proud to say over 200 residents have taken advantage of this initiative. In addition, I have conducted nine walking tours throughout our City, followed by neighborhood meetings.

Both initiatives have been successful and met with great success. In addition, the City has distributed over 1000 smoke detectors and many home owners have improved their properties.

I also initiated an Administrative Gift Policy restricting City employees from accepting free meals, gifts or tickets to any events. I strongly believe this Policy is the right policy for everyone who works for the City of Bethlehem.

Bethlehem, through its rich history continues to be a great place to live, work and raise a family.
Public Safety, Recreational Facilities, Strong Neighborhoods and Quality of Life issues are important reason why families and businesses want to locate in our City.

Last year, Money Magazine, named Bethlehem “The Best City to Retire in the Northeast.” And in 2015 The Huffington Post recognized Bethlehem as being one of “The 10 Most Beautiful US Towns to Visit in the Fall.”

This year, the City is in the process of conducting a comprehensive study on our recreational facilities. The results will be made public shortly, and I will ask for public input based on the Report’s recommendations.

Thanks to financial support from St. Lukes’ University Health Network, the City recently adopted a Bike Share program with locations on the north side and south side of our City.

I believe that Bethlehem has made great progress under my Administration. But, there is so much more to do to continue to keep moving our City forward.

I respectfully ask the Citizens of Bethlehem to review my record; and that you share my belief that my record is strong. I believe it justifies my humbly seeking for your support for another four years to serve as Bethlehem’s mayor.
Posted by Bernie O'Hare at 2/06/2017 12:00:00 AM

Bob is a great guy and should win easily. It would be good for Bethlehem for him to have a Republican opponent. Having said that I would vote for Bob. The only downside is a few of his cabinet picks. One is really not very good but people realize he was pushed into the hire by one of his top supporters and good friends.

I don't agree with his politics, but I think he does a good job for Bethlehem with the legacy issues he has to deal with. He will easily win unless Reynolds changes his mind and runs; even then, Bob has a solid chance. I don't think Reynolds is quite ready to become the second coming of Callahan but he is clearly being groomed for it one day. I don't think a republican has a chance in hell at getting more than a few percent of the vote, mainly from folks on the far north side.

Booby D was instrumental in the unfair prosecution of James Gregory his political rival, everyone knows about the poker game involving Morganelli and Johnny Casino where this plot ws hatched. Hope Jim finds the inner strength to run again as a free servant of Christ.

Bernie, did I miss your campaign finance report review?

No, it was delayed by the stories you see today.

Bob is a nice man but a less than inspiring leader. Bethlehem has been in neutral at best since he became Mayor. Kind of sad :(

Hopefully the Republican pondering a run against him, runs. I smell an upset. People are not all that enthused with things as they are.

You got one thing right. You do smell.

As a student of Bob's I know he found it very hard to resist a Coke. Never knew a person to enjoy that beverage as much. However, Ive since learned he gave up the soft drink.

If he can get over that drink and not jump out the window of the Annex at Allen, he got my vote!

He should be ashamed of the condition of the streets in Bethlehem. Does he walk to work, that he doesn't realize how bad they are, or, he chooses to dismiss their condition. FIX THE STREETS BOB.