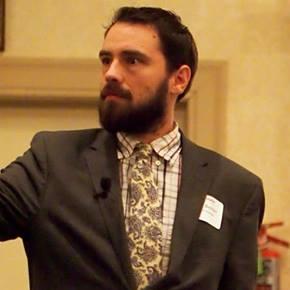 Some of you may think that the term "thinking conservative" is an oxymoron, but the Lehigh Valley has a large number of these. Ron Beitler is certainly at their forefront. He's running for re-election a Lower Macungie Commissioner. I disgaree with his Township's refusal to pay for its own police coverage, but find he is one of those rare public servants who is transparent and accountable. His informative blog belies a passion for his community and is itself a public service. At the risk of giving him the kiss of death, I'd vote for him in a heartbeat if I could.

Local campaign finance reform is currently in vogue. Beitler has decided to enact it on himself:

"I decided to limit donations to 75 dollars or less per person, PAC or entity. I knew this would make raising the 1750-2000 needed to run an informative campaign in our large township more difficult - but, it's the right thing to do. Money in politics and even the perception of money in politics is one of the major problems we have at all levels of government. By self capping the amount of donations we eliminate that perception.

***
"As soon as I raise the amount I need to fund this campaign - I stop. Note: I don't believe elected officials should carry large campaign balances, you should raise the money for the election in front of you and that's it. If you get elected then you focus on the position you have. Not endless fundraising for another position."

On my blog, he recently posted this interesting comment about Trumpism.

"This is an important distinction as it defines the trump era. Many conservatives disdain trump but held nose and supported him because of SCOTUS or some "lesser of two evils" argument. (Which to his credit trump delivered a shockingly excellent SCOTUS choice in Judge Gorsuch - Now, more so a credit to the conservative judicial watchdog groups that drafted the original lists and Trump sticking to those lists than trumps actual judgment.)

"Folks did this because they stand for something they believe is important. They often are but are not always 'movement conservatives.'

"The 'alt right - click bait - anti left' in contrast really isn't anchored by discernible principles or values at all. It's the trumpian populist movement that trump masterfully cultivated. These folks are mostly driven by a team sports or mob mentality where anything "anti left/anti liberal" be it real or too often completely made up is inherently good. They do what they do (obsessively) out being against something not often enough ever being FOR something.

"The team sports analogy is perfect. So I'm an Eagles fan of the bleed green variety. We pride ourselves in rooting for the team thick or thin. Perfectly appropriate attitude for a sports team. But not for politics. The "click bait anti left" is far too willing to blindly ignore Trumps many many severe flaws. And Trump masterfully gives them fodder to ignore the problems with his "fake news" fantasy. I contend that trump populism actually hurts movement conservatism. Conservatives should be winning hearts and minds with our ideas. Not by engaging in the very same kind of identity politics that the alt left does.

"These are, and will remain.... interesting times. Trump is a bull in a China shop".

Examples of this team sports or mob mentality are now abundant in the comments section of the Molovinsly Tabernacle Choir  People like Scott Armstrong, who I one time thought of as at least a thinker, is a perfect example of Beitler's team sports analogy.

A very astute thinker and somewhat smart politician, I cannot support his drain on Pennsylvania tax revenues through his personal endorsement of utilizing State Police as their main constabulary in Lower Macungie Township. They are the third largest municipality in the Lehigh Valley, with booming retail establishments, and they detrimentally rely on all the citizens of this Commonwealth to pay for their police services. Smart yes, but morally wrong!

Morality has nothing to do with this. Don't be silly. Beitler is open, transparent, has an extremely intelligent smart growth plan, dedicates a lotof time to what he does and is a boon to local government. I am not going to cherry pick one issue and uese that as an excise to justify the petty partisanship you tried hard to hide.

It's fair question. To be more clear I've stated on my blog consistenly that Harrisburg SHOULD enact a fee. But, as long as they don't the township would be nuts to voluntarily move away. Frustration over the issue should be levied at state law makers who fail to change the rules year after year. They are the ones that set the playing field. Not local officials who play within the established rules.

And again, even if they enact a fee we would still very likely remain with the State police for as long as it financially makes sense. They do an excellent job. They are the ones that come to our meetings and tell us "we are you local police force".

Until the state enacts a number of structural reforms that would make local policing affordable we'd have to be insane to move away from the PSP. Reform to make local PD's financially sustainable starts with SB 211 which would bring fairness to the current collective bargaining process.

Lastly, while I think a reasonable charge for state police services is fair - a min population should be established for the fee. Meaning communities under say 5k should still get free coverage. Serving rural communities is as I understand it one of the roles of the state police. The problem is very clearly large communities that rely on it. That's us. I get it. But the rules are what they are.

I did not necessarily agree with Ron and his position not developing the athletic fields at quarry road for the youth of the township. Although i think this was the wrong position, many others in the township agreed with him so it is what it is.

I have never questioned his integrity though as a commissioner and even though our opinions are somewhat at odds, i know in his opinion, he is doing what he is doing best for LMT as a whole.

A limit on campaign funds is usually something an incumbent will promote about themselves. Also if you know you can raise 5K from $75 donations, it makes for good PR.

This State Police thing frost me, but not in the way it does many others. The service we receive is sufficient for the crime we see. Why should resident pay for the police service needed by poorly patrolled retail establishments? Let Walmart, et al do a better job in protecting their stores and the 'crime' in Lower Mac will be infinitesimal. Having said that, the proposal of some $75 per capital annual fee is not out of line.