NorCo: Personnel Appeals Board Back in Action 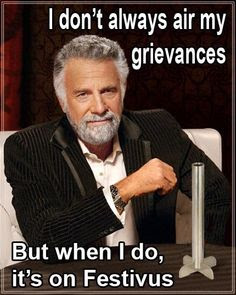 One of the biggest drawbacks to being a NorCo career service employee (nonunion) is that it takes forever to have a grievance heard. As I've documented here, hearings are scheduled and then re-scheduled ad infinitum in what really amounts to a denial of due process. Ralph Stampone, who served on that board for ten years, quit in disgust in April after driving to Easton for a hearing, only to learn it had been postponed. Bethlehem Attorney Christian Perrucci, who served as the Board's Solicitor, submitted his resignation at that time as well. According to HR Director Amy Trapp, things are about to change.

Trapp told NorCo Council's Personnel Committee yesterday that the Personnel Appeals Board will have a set meeting day on the fourth Thursday of every month at 5 pm. A hearing has been scheduled then as well. If there is no business on a given month, Appeals Board members simply will have the night off.

In addition to losing Stampone and their lawyer, the Board lost Dave "Lump" Sanders, who like Stampone had long argued there should be a set meeting night. Dave unfortunately passed away.

When the Board convenes in March, it will have a new lawyer - Allentown Attorney Juan Camacho. He is also an assistant Solicitor in Allentown.

Council is being asked tonight to reappoint Bill Alexander, a former corrections officer, and John Dally, a licensed Pen Argyl realtor. A third member, former HR Director Pat Siemiontkowski, has asked not to be re-appointed to the Board because it conflicts with other activities.

Executive John Brown has also nominated Thomas Foster, a recent Citizens' Academy graduate, to the Board.
Posted by Bernie O'Hare at 2/16/2017 12:00:00 AM

Yet he still will not put forth a name for the Retiree Board representative for retirees. It is time for council to change the law and allow the retiree association to directly appoint a person to the Board.

So did county council do anything of value tonight? Did they or the administration have anything to say about the HS scandal?

yes, he submitted a new name for the retiree board, it will be a complete board tonight after the meeting

Let me guess, it was another guy? Any diversity on this board?

What a joke under this administration and the board will be nothing but a political spoof by the Brown/Allen/Trapp team and their cohorts on council.

"So did county council do anything of value tonight? Did they or the administration have anything to say about the HS scandal? "

Why does the executive have any say in the retiree representative? It should be a direct appointment by the retiree association. Giving the Executive some names means he or she will always pick the one that they feel is favorable to their policies. The system stinks and is rigged!

Hey keen and Amy trapp save your money for Chris Naugle, what a travesty of justice and due process of law.