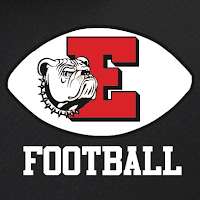 I first met Easton High School's new football coach as a result of football. Peewee football. Jeff and his wife religiously came to every game in which his nephew Isaiah played. He was at many of the practices, too. I know because his nephew and my grandson were on the same flag football team.

That continued over the years and in other sports, too. Like basketball. I often saw Jeff and his wife at different basketball tournaments, and sometimes sat with him. Though I knew he was an Easton football coach, he was quiet about it. He never attempted to interfere in coaching decisions. He sat quietly in the stands and enjoyed watching the kids play and develop over the years. He cared mostly about the kids, not the score.

On Saturday night, his nephew Isaiah was lit up Pottsville's magnificent Martz Hall with 35 points at Catty advanced in District XI's 3A Boys basketball tournament. Part of the reason for that is Braido's quiet support over the years. I'm sure he was there.

Braido replaces Steve Shiffert, who has come under criticism in recent years. I decline to interject myself in that debate, except to note he won more games than anyone else as Easton's head coach. I am sorry to see him go, but think Braido will give Easton the wins its fans demand and will develop players for college.
Posted by Bernie O'Hare at 2/27/2017 12:00:00 AM

Wrong choice and the losses surely to come immediately will show.

I disagree, but we'll learn soon which one of us is full of shit. I do know that Easton fans are among the loudest in the LV. My ears still hurt after the Allen game. What I liked about that crowd is that several of them said, after it was all over, that they hoped Allen goes all the way. Very classy.

His appointment process was full of shit too...

The problem this runs into is the Easton AD and his six degrees of separation from his recent moves. When Jim Hutnik was hired to coach hoops at Easton in 206, the AD had the audacity to position his college roommate and buddy for the post. Fortunately, he was overruled on that recommendation.

Then in 2013, when the job became open again he recommended a different crony for the job. They brought along a much more qualified coach as a finalist for show, but ultimately gave the position to the friend.

Now, in 2016 the AD jumps on the first opportunity to hand the job to the next chum he had promised a position by not retaining a long-tenured, respected football coach. You see, at Easton 7-6 is a down year. It was as close as the AD was going to come to be able to push the veteran coach out the door. What they should have done is thank SS for his service and told him that the upcoming year (would have been his 25th as HC) would be his victory lap.

Instead, they say that changes are needed in the program and they fix that how? By making an internal hire. This is choice is even more laughable when you consider the resumes of a few other "finalists". But where it really gets insidious is the tangled web that the AD weaves with the new coach.

I'm still wondering how you shitcan a hall of fame coach who ran a clean program and averaged 9 or 10 wins per season for more than two decades.

What they did to Coach Shiffert is a disgrace. The search for a new coach was an even bigger joke. This entire anti-Shiffert thing was started by individuals within the Palmer Township Athletic Association.