Eventually, We All Get Off in Portland 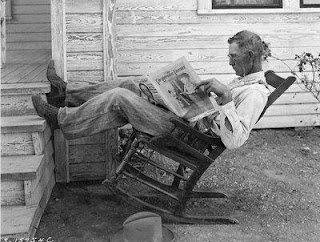 Bangor School Director Bob Cartwright calls Portland the Cancun of the Lehigh Valley, and reminds me the rest of us need to be nice to Northampton County's most northern community because we're all downstream. It's where Ron Angle grew up.

A bus used to come through everyday from Scranton and points north on its way to Philly.

One day, a fellow who got on the bus in Scranton died. The bus driver had no idea what he should do.

And that's what they did.

As a boy, Ron watched as passengers carried the deceased out and lean him against a bench, after which they continued their trip.

Email ThisBlogThis!Share to TwitterShare to FacebookShare to Pinterest
Labels: Portland

Question..why does a tiny town like Portland..with no tax base..have a million dollar fire department? Because the township across the river in NJ..pays for it and for them to respond when called. What a deal!

The answer to your question is the VOLUNTER's their butts off worked for it raising money in Bingo's etc for years and years with coin drives- The Township you refer to as ALL NJ across the river has given the Portland Fire Company NOTHING.

PH&L volunteer's are the best and dedicated. To write in a post your garbage/verbage says a lot of you- Your stupidity and ignorance.. why not join your local volunteer organization and do something besides sit in your trailer and try to knock down the very people that will come and save your sorry ass when your in need?