Some Thoughts on Presidents' Day

Today is Presidents' Day. Our two greatest Presidents (Lincoln and Washington) were born in February.

George Washington is the only man ever unanimously elected as President, and that happened twice. He was also unanimously elected as Commander-in Chief of the Continental Army and as President of the Constitutional Convention. On his last day in office, he told his secretary that "although we may be a little wrong now and then, we shall return to the right path with more avidity." That's pretty much sums up this nation's history

The dollar bill portrait of Washington in his waning years, painted after he had finally lost all of his teeth and was trying a new set of dentures, is a disgrace. Here are some little known facts. 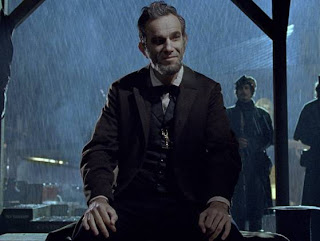 In contrast to Washington, Lincoln was actually uglier than portrayed. His election was far from unanimous. He only won a plurality of the vote. In the Lehigh Valley, Northampton County went with Stephen Douglas. Lehigh County voted for Lincoln.

As we learn in Doris Kearns Goodwin's Team of Rivals, most of  Lincoln's cabinet considered his election a colossal mistake. Some of them, like Secretary of War Stanton, snubbed him as a lawyer many years before, laughing at his tattered clothing. They called him an ape, a gorilla.

Even as President, Lincoln was snubbed. He once paid a late-night visit to General George McClellan, commander of the Army of the Potomac, to discuss strategy. McClellan was out, so Lincoln waited, stovepipe hat in hand. When McClellan returned home, Lincoln waited another half hour until a porter came to tell him that the General had retired for the evening.

He was used to being snubbed. His was a life of hardship, what he himself would call the "short and simple annals of the poor." In his youth, he lost his mother and sister to illness. As a young man, his first love died as a result of illness as well, nearly driving him to suicide. And as a father, he saw two sons die.

People like Stanton grew to respect and eventually admire the man he once abused. Lincoln was just the man our fractured country needed. He started his second term with these words. "With Malice toward none, with charity for all, with firmness in the right, as God gives us to see the right, let us strive on to finish the work we are in, to bind up the Nation's wounds." Instead of preaching fear, his was a message of conciliation and compassion, even for his former enemies.  When he was cut down by an assassin, the very same Stanton who once derided Lincoln announced, "Now he belongs to the ages."

I could use this occasion to dump all over Donald Trump and point out how inadequate he is by comparisons. But so are most of us.
Posted by Bernie O'Hare at 2/20/2017 12:00:00 AM

Email ThisBlogThis!Share to TwitterShare to FacebookShare to Pinterest
Labels: President

Both great men. Trump is for all intensive purposes the opposite of Lincoln. Sad.

President Washington also signed the Fugitive Slave Act to hunt down the escaped and carefully cycled his slaves through Philadelphia, so not to be forced to free them should they stay more than six months, per Pennsylvania state law. Pennsylvania was the first state to outlaw slavery. Washington was well aware of the issues and kept slaves throughout his entire presidency. Despite his wish to grant his slaves their freedom (some conjecture he converted to Catholicism when he was close to death), his wife kept them all until her death, at which time they were bequeathed like animals or furniture. Washington did great things, especially leaving office and modeling the peaceful transition of power. Washington also did evil, inhuman things. Most figures in American history are like this.

@5:31
No argument about the "wrongs" of Washington, but victors write history (until it becomes acceptable to reveal some uglier truths two hundred years later). If the Nazis or Japan had won the war, many of our generals would have been tried as war criminals, just for the fire bombings, among lesser known incidents of prisoners being executed.
Because we have a free press, these uglier aspects of American history do get revealed eventually. Sometimes it takes centuries, but in our modern age, it might only be days before something wanted hidden comes before the public.
Which it is why it should scare the shit out of every American when cRaZy Trump calls the media, "America's Enemy." It's the rhetoric used by dictators.

It's a shame that we don't include that greatest of presidents, Barack Obama, in our celebration. As the great uniter, he brought a new level of respect for constitutional constraints on presidential power

Lincoln took a divided Nation and with one speech, offered Hope and Unity. Our current "so called" president took and opportunity give a speech and Divide a Nation. Martha Washington or Mary Todd Lincoln never thought of using their "once in a lifetime" position for personal financial gain. Lets bear through these four go back to "These United States".

5:31, 6:22, Chernow wrote Washington and won the Pulitzer prize for it. Nothing in there hides Washington's shortcomings. Yes, he did sign the Fugitive Slave Act. Yes, he was a slaveowner, and could have done more. His most flagrant failing was that of the country as a whole. His accomplishments as president are many. He restored American credit,assumed state debt, created a bank, a mint,the coast guard, established the Navy, negotiated treaties, forced the British out of the northwestern forts, and generally established that a republican form of government works. I suggest you expand your reading a tad beyond the slanted People's History of the United States. I also would defy anyone to argue and actually prove that Chernow's Washington or Goodwin's Team of Rivals is anything less than a masterpiece.

In 6.34 we see the consequences of uninhibited drug use.

".... I could use this occasion to dump all over Donald Trump and point out how inadequate he is by comparisons. But so are most of us. ...."s

Just couldn't resist that dig at the end, could you Bernie ?

Not disagreeing with you, Bernard. All things weighed and those things being what was the social "norms" of the day, there is no doubt that Washington was an extraordinary man and President. He could have made himself a dictator or king when he first took office, as he had the entire military supporting him. He could have remained as President until his death if he desired.

My only point was that a free press reveals the blemishes on even those in shining armor.

Luckily for all of us, Trump arrived 228 years after Washington was elected. We can only hope that the foundation of our Republic can withstand the onslaught of an authoritarian who hates a free press.

anon 6:34, we see alt-right humor. Any of those bone in the nose pictures left from your protests? Gaslight much?

@1:53 PM
Obama was not pleased with FOX News, but he never referred to them or any other news outlet as an enemy of America. That is a HUUUUUGE difference.