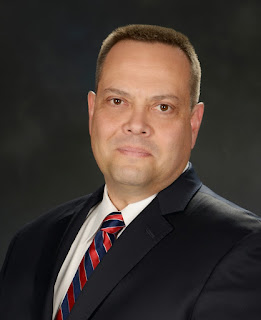 The money boys and power brokers liked DiGiorgio. Others preferred Tabas, who volunteered most of his time to the GOP.  Tabas always visited NorCo at different GOP functions, and represented the county party at no charge when AG Kane's Klowns executed what turned out to be a baseless search warrant on GOP finances

In late January, Northampton County's GOP met and voted to support Tabas. They had reasons to do so. Mary Barket, a member of the state committee, was recently widowed and needs a job. Tabas said he'd hire her. In addition, he wanted to install county GOP Chair Lee Snover in a leadership position within the state party ranks  Considering that Snover mobilized the party base and managed to turn NorCo red,  Snover is due for some recognition.

NorCo's representatives on the GOP state committee are Snover, Barket, Ron Angle, Peg Ferraro, Bob Kilbanks and Glenn Geissinger. All but Peg were expected to vote for Tabas,and all but Peg agreed to do so.

Peg Ferraro was asked to support DiGiorgio by Bob Asher, a long-time friend who always contributes to her campaigns. Everyone understood she would go her own way, but Snover expected to deliver the rest of the vote to Tabas. .

According to Snover, Geissinger promised he would vote for Tabas. Had he done so, the vote would be a 172-172 tie, and Gleason would have broken that tie with a vote for Tabas.

This was going to be a close vote, so Senator Pat Toomey dialed up the pressure for DiGiorgio. He promised two federal judgeships in undecided counties. Then, on Saturday, several State Senators came in and sat with committee members for the vote. Some committee people claim they were threatened with loss of employment unless they voted for DiGiorgio. .

In order to prevent this kind of retaliation, there was a push for a secret ballot, but that was shoved aside.

Before the vote, Geissinger played the room, visiting committee members from Luzerne and Lackawanna County. He appeared to be laying the groundwork for another congressional run. He ignored his own county.

With the exception of Blake Marles and Bob Daday, the Lehigh County delegation voted for the money man. This includes Glenn Eckhart, who went against the tea party he claims to support. .

When it was time for NorCo to vote, Snover and NorCo Republicans were betrayed by Geissinger.

"You heard the will of the people, you need to do what the people want," Snover reminded Geissinger.

"I know what I'm doing," snapped Geissinger. "I'm a legislator."

Geissinger's vote put DiGiorgio over the top. After leading the county to believe he would follow their wishes, he betrayed them. He voted a widow out of a job. He voted NorCo out of a position in real party leadership.

"What's the big deal?" he asked when it was all over.

Rumors flying that e has his eyes on Lt. Governor and maybe at some point a Governor run. The boy is ambitious, everyone knows that.

guess Senators are too big to get investigated

Another useless turncoat. Hopefully the apathetic voters of NC will fire this incompetent!

Unfortunately, none of the County Council Republican members can be trusted to be loyal to the County cause. Especially turncoat Geisinger. The comment "I am a a legislator" is not unexpected from Geisinger. It will be interesting when he runs for office again and does not have the support of his local party!

Bernie,
A picture tells a thousand tails and the soul is seen through the eyeZ, this gives me a understanding as to the opperational managment gang of Death Eaters and there allowability of itZ ongoing ACTivities!
I had thought There would be an article of boil3's insurable peril co-conspieritors and campaign contributors as you had stated and here we are a Death Eater front and center first on your blog!
REpublican redd
humanist by design

"Peg Ferraro was asked to support DiGiorgio by Bob Asher, a long-time friend who always contributes to her campaigns."

Bob Asher is a convicted felon who served time in prison for perjury, racketeering, conspiracy and bribery in connection with a state contract award. Remember Budd Dwyer? It was that scandal.

Yes, Ms. Ferraro should definitely get a pass because the felon gives her money.

I'm an R who doesn't like Geissinger at all. But Peg Ferraro deferring to the wishes of a convicted felon because he's a sugar daddy is a real eye-opener. Very disappointing. You buried the lede.

Val is the solicitor for the BRIA/CRIZ Authority in Bethlehem. Interesting.

Isn't tabas the solicitor for the county on health choices matters? pretty sure his firm is in other counties. seems he's making a lot of money doing legal work on mental health issues for counties.

9:02, Peg Ferraro has always liked Asher, who has paid his price after a conviction in 1987, 20 years ago. Everyone knows that Peg likes Asher, and no one expected her to do other than what she did. The disappointment was Geissinger, who told Lee Snover one thing and did the other.

It is not bribery or criminal.It is what the courts would call political logrolling. He is promising judgeships in certain counties in exchanged=for support fromthose communities for a vote in favor of state party chair. It is distasteful, but legal.

I don't know Geissinger personally, but what rubs me (and I'm thinking most people) is holding one job and running for another. I know there is a long tradition of doing this, so I'm not killing him for it. It just shows that you are too ambitious for your own good.

I don't like the Patriots at all, but Belichick's motto is "Do your job". Seems to work out for them.

Does Glenn get his haircut at an ROTC barber school?

9:25, Tabas does represent health care companies, but as a lawyer. He is not a lobbyist.

If Ferraro wasn't your buddy, you'd whip the Ferraro/Asher-felon connection like a rented mule - or a poor attendance record.

Asher has paid his price. His conviction is 20 yo. Peg made clear who she supported from the onset, so I have no trouble with her. He is an old friend who has always helped her. I do have trouble with people who give their word and then break it.

"It is not bribery or criminal.It is what the courts would call political logrolling. He is promising judgeships in certain counties in exchanged=for support from those communities for a vote in favor of state party chair. It is distasteful, but legal."

An offer of something of value, in return for an official act, that also has value.

I agree with you, but we've got some weird, murky demarcations on what is and isn't legal.

The law and justice are two different things.

Peg has always been a political opportunist. She is a Republican loyalist above all else. Anyone that thinks differently is either unknowing or uncaring.

There's nothing wrong with being loyal to old friends. As I understand it, no one has an issue with what Peg did bc she was clear from the start.

Do we as voters deserve the right to know if a candidate is gay before going to vote?

Bernie,
I will will ask, can political log rollin and gapeing be used in the same sentence with some verbage please! Than we could be gender specific and slow the roll to, takers and givers?

Based on that sharp crew cut and that pursed lip smile, this is a man who is a real switch hitter where it counts.

HA! Glenn is an egomaniac anyway. Wears his religion like a badge of courage. Get over yourself and frankly..get out of politics and go preach a sermon to the faithful.