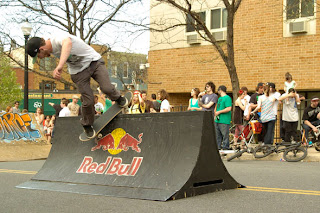 Planning Director Darlene Heller, joined by Ellen Larmer of Bethlehem's Community Action Development Corp., unveiled plans for a facelift to the "South Bethlehem Eastern Gateway" during a meeting of City Planners on September 27. Although the Route 412 approach to Bethlehem from Route 378 is the "hub of a lot of activity" from a skate park, Daly Avenue and Sands Casino, Larmer lamented a "lack of sense of arrival" for City visitors. More importantly, she expressed concern for the safety of pedestrians in an area of the City dominated by mass transit users and walkers. "It's pretty intimidating to walk there," she noted.

About 5,000 City residents live in this area, and a survey of them reflect "a lot of concern about the conditions of the sidewalks," states Larmer. She and Heller are proposing a "lighter, quicker and cheaper" approach to improvements in that area, amounting to $100,00 per year over the next ten years.

These projects include planters with seasonal plantings on 4th St; wildflowers on sloped areas; encouraging local food vendors outside the Sands, Slateplaza and Gateway area; benches at the Skateplaza; trees at the Sands and Skateplaza entrance; murals on vacant facades; a sheltered bus stop; and more signage in appropriate areas.

Small businesses, especially restaurants with outdoor dining, will be encouraged in the area, as well as affordable housing. There was even discussion of housing that would appeal to the 74% Hispanic population in that area, including courtyards and larger bedrooms. Heller stated that, over time, these improvements will "serve the neighborhood," making it a safer to walk and more pleasant to live.

Because Route 412 is a state highway, City officials will meet with PennDOT to discuss pedestrian improvements.
Posted by Bernie O'Hare at 9/30/2011 09:00:00 PM

the best facelift the city could get is one at 10 e. church st.

Zorn said...
the best facelift the city could get is one at 10 e. church st.

When are you going to stand up and do something about it? Oh thats right you are a coward and hide behind posts on a blog, you don't want to do anything but bitch bitch bitch, DO SOMETHING ZORN...

And I suppose some stupid name like Zorn isn't some sort of ANON??

anon coward making mindless statements - must be a liberal pansy or a union crybaby puke. have some jack andplay with yourself. you'll feel better. I laugh at you each day

Sure Worn... oops I mean Zorn

that's the best u can do coward?
no wonder you are such a pathetic mindless liberal kool aid drinker. hang your head in shame