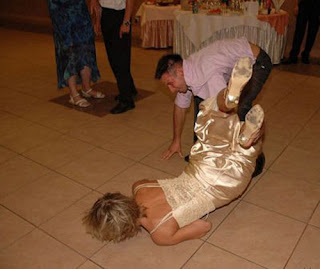 West Easton Borough Council has given a green light to a 100-bed DUI facility, but Northampton County Council members and Executive John Stoffa are still hung up on a $150 "temporary resident fee" for every person who lives there. Stoffa had a meeting scheduled with Borough officials, but had to cancel as a result of illness. "The only question is the $150 fee," he stated.

Although Ron Angle questioned the constitutionality of this provision in West Easton's ordinance, Solicitor Karl Longenbach told Angle that the fee serves a "rational purpose." Lamont McClure, whose day job is as an asbestos attorney, questioned that conclusion. "I can't imagine a court would impose a sentence that is held up by what is essentially an occupancy permit," he argued.

Angle and An McHale suggested it would make more sense to impose an annual fee based on each bed.

"Why are we hung up on this?" asked Angle.

The paperwork involved in assessing a fee for each resident would create a bureaucratic nightmare. Stoffa is hopeful that West Easton officials will agree to some other kind of impact fee.
Posted by Bernie O'Hare at 9/16/2011 12:10:00 AM