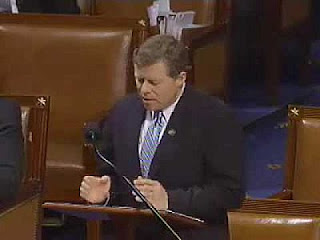 “Ten years ago, a small group of men changed the world as we knew it.


“Motivated by their fear of the American way of life - including its rights and freedoms - these few dastardly individuals took the lives of thousands of innocent men, women and children in the deadliest terror attack in American history.

“Ten years later, it is with heavy hearts that we remember those who perished in World Trade Center, at the Pentagon, and in a quiet, grassy field in rural Pennsylvania.


“We remember the thousands of Americans who left for work that morning never to return home to their families. We remember the countless first responders who scarified their own lives working to save the lives of others. And we remember a collection of brave airline passengers and crew members who overpowered the hijackers on their flight to prevent further loss of life on the ground.


“While many people were directly affected by the attacks, including residents of our community, 9/11 unquestionably impacted and continues to shape the lives of every American.


“By exposing our vulnerability, 9/11 shattered the notion of “fortress America” and helped the American people realize that modern terrorism knows no borders. Following the attacks, leaders in Washington quickly worked to enhance our domestic security capabilities by establishing the Department of Homeland Security. Since its creation in 2003, the Department has directed a dramatic improvement in our ability to prevent terrorist attacks and respond to crises. Additionally, Congress and the administrations of President George W. Bush and President Barack Obama have implemented numerous recommendations of the 9/11 Commission.


“As a former member of the Committee on Homeland Security and current member of the Appropriations Subcommittee on Homeland Security, I have seen these improvements develop over time and remain confident in the abilities of our intelligence community, law enforcement agencies, and first responders. In fact, I am most proud that the bipartisan U.S. counter-terrorism architecture remains largely in place ten years after 9/11 – Patriot Act, military tribunals/commissions, GITMO, as well as many other less contentious programs and policies.


“Today, our nation is safer and more secure than it was in 2001, but we are still not safe. Last week’s announcement of a specific, credible threat of a potential Al Qaeda attack reminds us of the continuing threat. However, the U.S. military and intelligence community are now sharing vital information that helps thwart potential attacks and disrupt terrorist networks across the globe. Khalid Sheikh Mohammed, the mastermind of 9/11, today resides in GITMO after being apprehended in Pakistan in 2003. Earlier this year, Osama bin Laden, the leader of the terrorist group responsible for the attacks, was killed by American Special Forces while attempting to avoid detection in Pakistan. And reports from our military in central Asia indicate Al Qaeda has been greatly diminished, but is still plotting, operational and lethal. Nevertheless, these important accomplishments have been achieved through the collaborative efforts of our determined military, intelligence personnel and law enforcement.


“Beyond intelligence sharing, enhanced aviation screening technology and procedures - put in place following 9/11 - have made flying in the United States safer than ever before. Understanding our nation’s critical infrastructure, including nuclear plants, chemical facilities, water treatment sites and bridges may be an appealing target to terrorists, we have also worked to make certain each are better protected and hardened. While areas along our borders are of serious concern, the Department of Homeland Security continues to improve our abilities to prevent illegal border crossings that could threaten our security. And perhaps our greatest vulnerability of all – cyber security – remains a work in progress.


“Though important steps have been taken to improve homeland security, Americans must remain alert, vigilant and adaptable to prevent future attacks. As we commemorate the 10th anniversary of 9/11, remember its victims, and honor its survivors, we must reaffirm our commitment to ensuring a small group of men, motivated by an evil ideology that is anti-modern, anti-Western and anti-Zionist, will never again have the capability to claim the lives of so many innocent Americans.”
Posted by Bernie O'Hare at 9/11/2011 04:59:00 PM

This was a very nice event.Kudos to the Nazareth Band and CHoral group they were wonderful. Congressman Dent and Paul McCale both did excellen jobs. Very ell done!