FEC Proves Court of Cuckoo Had It Right 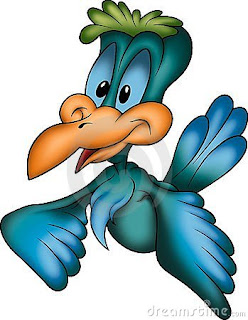 Pennsylvania Avenue tells us that the FEC has fined Bethlehem Mayor John Callahan $1,200 for his improper use of his state campaign treasury to help fund his Congressional race against Charlie Dent last year. Callahan let his local fund pay close to $10,000 for opposition research, and now he has to pay it back.

Back in February 2010, when I first told you about the complaint filed with the FEC, I was bashed in 81 comments. "Nothing will come of this complaint," said one expert. Pa. Progressive, a goofy Berks County blogger, lectured me. "There can be no violation for expenses incurred before filing with the FEC as a federal candidate." He also warned me that I was "wide open" for a libel lawsuit. Another pundit stated "Last I checked, the FEC is the relevant body here, not the Court of Cuckoo, and it has not even opened an investigation. Your repeated assertions that Callahan is definitely guilty and is certain to be fined are absolutely reckless and possibly defamatory. I can't believe what a fool you've made of yourself."

It now appears that something did come of this complaint. Pa. Progressive should probably have Obama appoint him to the FEC so he can straighten them out. The Court of Cuckoo prevailed.
Posted by Bernie O'Hare at 9/27/2011 12:00:00 AM

If you think his campaign finances are shady, come to Bethlehem and check out our finances. The Bethlehem books are cooked more than a Thanksgiving turkey. Too bad the FEC has no jurisdiction here.

not shady. reported and disclosed, just done the wrong way.

And this is our next County Executive? God save Northampton county.