Dennis Pearson: A Lifetime of Preparation Ready to Serve You. 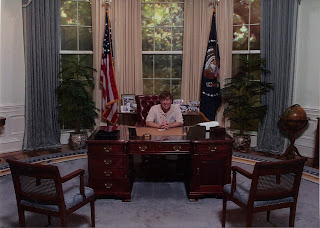 If you attend Allentown's City Council meetings, you've seen East Side activist Dennis Pearson. If you instead attend Lehigh County's Board of Comm'rs, you'll likely see Dennis there, too. He really does care and he really does know what is going on. A former steelworker, he became a teacher. He's even a PIAA baseball ref, sometimes calling balls and strikes at local high school games.

On the East Side, Dennis is the go-to guy for the East Allentown Rittersville Neighborhood Association (EARN), regualarly producing monthly reports about what is going on in his neck of the woods. He has drawn public attention to the mounting traffic fatalities along Hanover Avenue. He is one of the very few people who realized that Allentown State Hospital would close its doors.

Dennis is now a candidate for Lehigh County Commissioner, one of eight persons vying for four seats. When Executive Don Cunningham released his budget last week, Dennis is one of two people - the other being Geoff Brace - who actually had constructive suggestions.

But Dennis is his own worse enemy. A bit quirky, he seems to think he's running for all four open seats, and is unwilling to give any other candidate credit for anything. Yesterday, miffed that I cast a public spotlight on his fellow Democrat, candidate Geoff Brace, he let me have it.

"Did you see Brace at Don Cunningham's Budget --- The answer is no ... I was there ... Before you go hog wild about Brace .. Where was he all week when the Great Allentown Fair was on ... He apparently spent not one minute at the Democratic stand ,,,Yet he wanted his sign displayed ... Tim Waitkus or Gloria Hamm never showed up either ... I was there every day of the fair run ...

"I am always meet my commitments and never shirk any duties ..And should I be elected to the Commissioners I won't shirk amy duties there or try to take advantage of people either.

Dennis does have a sense of humor. He sent me the picture accompanying this blog. I think he was joking.

Bernie
Next time you're in East Allentown, take a look at Hanover Avenue. It's almost the backdrop to an old dessert movie where everyone's moved out of town. Why don't you ask Pawlowski his economic vision for this "lost" section of town.

"Why don't you ask Pawlowski his economic vision for this "lost" section of town."

Why don't you ask Pearson? He's the candidate.

Why are the desk drawers pointing away from him? Yikes

Maybe he should learn how to use a desk before he becomes an elected official.

The commentatos who made their snide remark about desk may not at this late in the game return to see this comment ... But, that is an actual desk that was located once in the Oval Office of the White House during the George W.H Bush Administration ... It does look backward doesn't it? ... But those drawers with telephones and other documents inside were for officials of the Administration who were in contact with the President ... I don't want to insult anyone --- But those snide comments about the desk are comments of a wise fool rather then a person of know.

I excuse these people for their snide remarks because perhaps they didn't know ,,, But just the same I see their character in their words.

Agree Dennis, Your remarks say it all. lol