Can A Fighter Pilot Beat Dent? 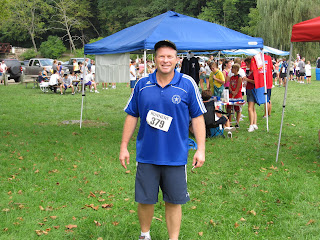 He better have lots of missiles.

I first became familiar with David Haines when he applied for a Northampton County Council vacancy in 2008. He has an impressive resume. A Naval Academy grad, he served as a fighter pilot, and went on to become a Boeing-777 International Captain for Delta Airlines. He's been a volunteer at the Northampton Food Bank, an assistant soccer coach at Northampton High School and a Deacon at St. John's UCC in Howertown. He's also the Chair at the Airport's super-sized board. And according to some reliable sources, he'll be dog-fighting LV Congressman Charlie Dent next year, seeking a seat in Congress.

I was unable to reach out to Haines today, so this report has to be classified as "rumor" for now, the kind of gossip you can expect from a bottom-feeding blogger.

Although he should thank his lucky stars, Haines was a bit miffed at being passed over for Northampton County Council in favor of Patti Grube, the widow of long-time Council member Wayne Grube. When Patti resigned, Haines penned a scathing letter, withdrawing his name from consideration. According to Haines, Northampton County's legislative body is "more interested in political theatre than in effectively serving the citizens of Northampton County."

So he runs for Congress instead?

No political theatre there.

Haines may be a fighter pilot, but if he's running, he better be ready to eject and have an extra parachute or two. Dent's a formidable opponent who takes no prisoners. Ask Bethlehem Mayor John "Did I Say Tax Cut?" Callahan, Sam "Nonprofit Queen" Bennett, Charles "Don't Call Me Charlie" Dertinger and Joe "Carpetbagger" Driscoll.

the person who can beat dent has never held elected office.haines does have a compelling profile. whether haines can beat dent remains to be seen.

Why do you have a pic of Dent in a story about Haines?

The story is about them both, and I don't have a pic of Haines, or I would have put it up there.

Dent is a better D than any LV D. What's to oppose?

So now your going to savage this guy

All in the name of defending someone who has accomplished nothing. After all the offices that Dent has held - what legislation can he claim, what law bears his name, what change has he brought to make this country better. At least your other deep affection (Ron Angle) tries to make an impact on his community but Dent is a nothing and has no record of accomplishment and worse yet is boring. But he is a nice guy and thus far appears to be to not be on the take.

Donald, I have not begun to savage Mr. Haines, who has a very impressive resume. My only criticism is that if he has no stomach for a county council, I don't think he'll be able to bear being a member of Congress. As criticisms go, that's pretty mild.

As far as Dent goes, he is a member of the powerful House Appropriations Committee. He is co-chair of the Tuesday group, a bunch of centrists who advocate a balanced approach to government. As a member of the minority, he was unable to get much legislation passed, but not for want of introducing bills. As a member of the majority, he's been more successful, and has introduced legislation aimed at designer drugs like bath salts and incense. He has sponsored legislation for medical liability reform. He was one of the voices who spoke in support of raising the debt ceiling. And you're right, he is a nice guy.

Donald, He is not just a member. He has proposed legislation and I have listed some examples. His position on the Appropriations Committee makes him a leader. His position as co-chair of the Tuesday group marks him as a leader. No, he is not on the level of Cantor or Boehner, who have been there much longer. In fact, he's accomplished more than Toomey did as a House member, probably bc Dent is far more willing to reach across the aisle. So I don't get your criticism.

His criticism is he is irrelevant. That is Charlie's fatal flaw. he is not relevant to the issues of the nation.

Run, please run! It is time for Dent to go! Charlie has done nothing to improve our lives in the Lehigh Valley. He takes a pension and lifetime health benefits for himself, his wife and his children that the state pays for from his time in the General Assembly PLUS a huge salary at a Congressman. Double dipper.