Brace: $26 Million in Unpaid Fines Should Be Pursued 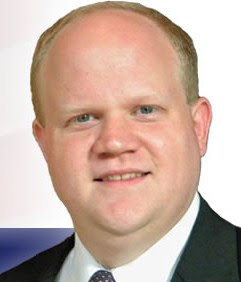 Geoff Brace is one of the four Democrats seeking an at-large Commissioner spot in Lehigh County this Fall. The others are Dennis Pearson, Tim Waitkus and incumbent Gloria Hamm. They are runnng against Republicans Vic Mazziotti, Brad Osborne, Scott Ott and Lisa Scheller.

Brace has reacted favorable to Executive Don Cunningham's budget address, delivered last week, although he believes elected officials should tighten their own belts and the judiciary should pursue unpaid fines more aggressively. Here's his statement.

“I believe the County Executive’s Budget represents some interesting opportunities for Lehigh County taxpayers. First, I look at the total expenditures proposed for 2012 and notice that it is $2.2 million less than was adopted in 2011 ($391.1 million in 2011, $388.9 million in 2012). This highlights something I’ve been saying since I announced my candidacy: Lehigh County must do more with less. That is the reality of government going into 2012.


"I am supportive of the more than $4 million in property tax relief the county executive proposes. 2011 has been a tough year for the economy and taxpayers. This represents money in taxpayer wallets to support our local economy. Tax relief is good.


"I believe the 2011 budget carries several opportunities to reduce spending or obtain financial gain in areas that don’t appear to be considered in the County Executive’s proposal:
· Based on my understanding and conversations with the administration, our judiciary continues to have unpaid fines that exceed $26 million. That we allow deadbeats to get away with unpaid fines is wrong. The judiciary needs to perform better on this front and I think the county commissioners should be paying attention to this need.
· Additionally, the judiciary must find ways to reduce spending. I am challenging our judiciary to find ways to reduce proposed spending in the 2012 budget by 10%, a total of $2.7 million. The judiciary represents 25.5% of the 2012 proposed budget, up from 24.8% of the 2011 budget. The judiciary’s share of the budget represents the largest growth of any area in the budget besides Elected Officials
· Finally, I believe all Elected Officials need to re-examine their budgets to find additional savings. In 2011, elected officials represented 10.8% of the budget. In 2012, the proposed budget for elected officials represents 11.45% of the budget. That elected officials run their budgets expecting to have $600,000 in extra money to run their departments in 2012 compared to 2011 is simply inexplicable. Everybody, from commissioners to county row officers, needs to find savings in their department budgets.


"The County Executive’s budget is a starting point for the 2012 budget. Now the commissioners have work to do to make improvements to this budget. There is certainly room to do that by closely examining the budgets of the Judiciary and all Elected Officials."
Posted by Bernie O'Hare at 9/06/2011 12:01:00 PM

I don't think you can just walk in the office one day and collect the $26 million.

Defendents are often on payment plans that spread their payments out over several years based on their income. Its not like many people are just walking away from fines and court costs. Seems like a nieve suggestion.

The problem is that people do walk away, but the courts have the teeth to make sure they don't. It's worth a discussion. I personally do not like giving unpaid fines and costs to collection agencies. I have seen several instances of victims who have been waiting more than 10 years for some kind of restitution.

Do we really neeed this Steve Barron look alike in ofrfice. He is just another Cunningham yes man.

Interesting. The county executive and Dem commissioners all vote for an excessive tax hike one year. The next year they give back a fraction of the hike and Brace calls it "Tax Relief".

He must think the voters are idiots.

Vote your pocket book and vote for the Rep0ublican team. We need them to help get rid of the political flunkies that Cunnignham forces us to pay for.

They are slashing jobs of people who do things but make sure they keep the cronies employed.

Try to collect...good luck. When you do i`ll show you howto get blood from a stone. This s hogwash !