Happy Nuptials to My Only Fan, Drew Kent 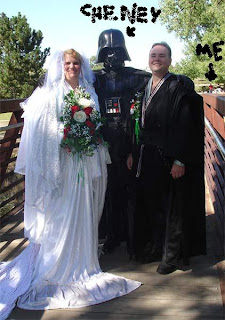 "The Morning Call has stooped to its lowest standard by allowing such a borderline, egotistical, half truth inuendo [sic]laced sycophant to post in the MC. My subscription ends September 1st and its au revoir to to this rag."
My sole defender, blogger Michael Molovinsky, changed his mind later that day. My readership does go up every month, but it's finally beginning to dawn on me that this is primarily because I make new enemies every day.

But believe it or not, I do have a fan. As you might have guessed, he lives nowhere near here.

This is a poliblog, but its focus is local. Drew Kent hails from Texas and works for a Congressman in D.C. He nevertheless reads this blog every day. He even likes it! Go figure!

On Saturday, he's marrying one of Congressman Charlie Dent's legislative aides. So I think I'll crash the wedding and pretend I'm a lobbyist or something.

Happy nuptials, Drew! Is your honeymoon in Nazareth?

My regards to the couple taking the plunge. BOL
As for your fan club Bernie, show me a man's enemies and I'll tell you what he's worth.
I don't know the quality of your groupies but three went over a 150 word count. That counts for quantity. You and or all-bran must have made somebody's day!
And the Philly blogger asking why you in Nazareth - asking why you are concerned about Allentown. Very interesting. (Percoset had not kicked in yet?)
Now that people from Philly and Staten Island are reading some of your thoughts. You are becoming international or interstate so to speak and everyone has got their eye on Penn. this election. Is McCain really going to pick Ridge?
He's already got a swollen lymph gland but does he need a goiter?

Hey why the hell am I a fan?

Mike:
McLame is picking Joe Loserman. He'll learn the hard way his base are racist and well racist hate jews about the same they do blacks. Ever see any black stormtroopers from NAZI Duetchland?

Bernie,
Thanks for the well-wishes. Missed you at the wedding, though i was a bit skeptical of the person in the Tom Delay mask. We didnt make it to Nazareth this trip. I actually tried to get the wife to agree to go to East Texas, PA for the honeymoon but for some reason she just rolled her eyes.

Keep up the great work!

Your #1 (possibly the only) fan from Texas.