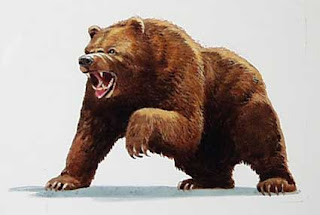 Lehigh Valley Congressman Charlie Dent is a student of foreign policy. His undergrad degree from PSU is in Foreign Service and International Politics. In January, he actually called me from Islamabad. He was in the midst of a visit to Pakistan, Afghanistan and Iraq. He spent at least fifteen minutes describing the people of each country. His interest in foreign affairs is one of the strengths he brings to Congress.
When Dent and I got together, Russia had already invaded its former vassal state, Georgia. It had signed a cease fire, but reports were circulating that the Russian bear was ignoring its own agreement. In a scant six days, Russia has broken a defiant Georgia in a ruthless display of brute power while we've watched. It has reshaped the world order.

Congressman Dent: "First, it is quite clear that the Russian bear is awake and is angry. Prime Minister Putin and President Medvedev have territorial designs and ambitions towards Georgia. There are clearly ethnic tensions in South Osettia, which is largely driving this dispute. But what we are also seeing here are very aggressive territorial designs of the current Russian leadership.

"This is unacceptable. The Russians must withdraw. They were parties to a cease fire and they seem to have violated that cease fire - they must withdraw from Georgia. That is the first thing that needs to occur.

"Clearly, a military option from our country is off the table. Nobody is seriously talking about that. The issue for us is - how do we appropriately appropriately sanction the Russians for this egregious military action?"

LVRamblings: Before we get to that, I've read that the Russians have spent the last several years feeling embarrassed, ashamed, humiliated and that they want to restore their hegemony over the adjoining states and the lustre of the U.S.S.R. Is that a legitimate concern?

Congressman Dent: "I believe that the Russian nation and certainly its current leadership feel as if they've been humiliated after the former Soviet Union dissolved. This was a blow to Russian national pride. Now that you see a Russia with some money, they feel resurgent and confident.

"What you're also seeing here is the convergence of our international security situation with our energy needs. This is driven, not only by Russian designs for territory, but also by Russian ambitions on the energy side of the equation.

"This is why we need American sources of energy, so we become less susceptible to these incidents.

"We should be looking at sanctions. Frankly, I think we ought to reconsider Russia's membership in the G8. That would be a blow to their national pride. Being in the G8 is very important to them. It will harm their stature if we take them out. They want to get involved in the World Trade Organization, the OECD. These are areas where we have some heavy leverage over the Russians.

"As far as I am concerned, this really is going to put a damper on and sours the relations between our nation and Russia. Georgia is a democratically elected government and is pro-Western just as Yushchenko's Ukraine is pro-Western. It's quite clear that Messrs. Putin and Medvedev are concerned about this Western orientation of some of their former Republics. That's also what partially drives this Russian aggression towards Georgia."

When I interviewed Sam Bennett, she was unable to name the leaders of China, France, Germany, India, Afghanistan or Sudan. Perhaps it was unfair to put her on the spot with questions like that, but her shallow understanding of foreign affairs stands in start contrast to Charlie Dent's expertise.
Posted by Bernie O'Hare at 8/18/2008 12:10:00 AM

Thanks georgia info, I hope you keep this blog updated so we can see for ourselves the pictures the msm probably won't share.

OK, so Congressman Dent paints a detailed picture of the Georgian situation as he sees it, states how this affects the U.S. and the world, then outlines his view on what America and other nations can do to deal with the crisis. That's how he answers a foreign policy question.

But does he think we need "a couple of tontos" on this issue, or not?

bernie, your last paragraph about bennett not knowing the names of various leaders, was it not sort of an editorial comment tagged on to a post appearing to be more journalistically objective? they still haven't been able to clean up all the blood from the beating you gave her, stop ripping her stitches out.

Whike I would avoid Bennett's use of the word Tonto, Charlies does in fact pick up on this point again, later in the interview.

When i discuss Iraq with him, he comes back to discuss the role of NATO in great detail. Stay tuned. That should be out on Wednesday.

The comparison to bennett was to show the very wide gulf in the amount of knowledge possessed by these candidates on foreign policy.

Not a defense of Bennett, I cant name them either. Lets see, who took over in China for Tsung Chow Ping?, (a group of old chi-coms methinks) and France is that new pro-western guy with the hot wife, Germany is no longer Helmut Kohl, but some Junger guy, India? dunno. Afghanistan is Karzi, and isnt Sudan in civil war? i.e. no defacto leader? Thats all I know. Guess I'm not qualfied either. How'd I'd do? nlv

You're more qualified than Bennett. You got Afghanistan right. Because we have around 40,000 U.S. troops there, I'd want my Congressman to know that one. In Sudan, with the genocide occurring and the evident comlicity of the Chinese (whose interest is natural resources), it would be nice if she knew that one, too. The world is a nasty place.

Bennett does not know the players, but the names roll off Dent's tongue as he speaks.

Consigliere points out elsewhere that he has an advantage bc he's been there. That's certainly true, but I want my Congressman to understand foreign affairs. I don't like the idea of putting someone there on a learning curve.

Sorry, you don't get my vote, dude. You're stuck in Lynn Tp.

Bernie
China's leader is Hu Jintao, his last name is first so he is Mr. Hu(who). Think Abbot and Costello on this one.
France is Mr. Sarkozy and Germany is Angela Merkel.
India has a lady predident Ms. Pratibha Patil but is lead by Prime Minister Monmohan Singh
Sudan has president Umar al-Bashir.
Karizi is the head of Afghanistan

Yes, Chris, so unless you cheated, you can run for Congress.

Bernie
Have to tell you that I did look up Sudan. I do not follow that area as much as others and I saw Singh's and Patil's awhile back in an article.

Dent's an empty suit. Everyone here at Team Bennett knows that G8 is a vegetable drink.

I'd vote for Chris, but he's a bit overqualified and seems to possess a conscience.

No, I'm sorry. Chris just disqualified himself, not for having to look up the answer, but for being honest about it.

I always forget which one is God, Hannity or O'Riley? I figure this crowd would know the answer.

"I always forget which one is God, Hannity or O'Riley? I figure this crowd would know the answer."

Blasphemer. Obama is God and thou shall set no other god before him.