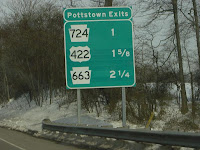 When Siobhan Bennett's campaign began promoting the racket at Rickets Center in Pottstown last night, it made clear that LV Congressman Charlie Dent had already sent his regrets. I promised to blog about it today, but the Bennett camp insisted I post something right away, hoping that the Congressman might show up. I did, but noted that the group sponsoring this little soiree is a spinoff of Americans for Democratic Action, not exactly an impartial group.
Dent never showed.

"Last week, Siobhan Bennett had an opportunity for an open, fair discussion of issues with Congressman Dent, and she refused to attend. Now she continues to play partisan games and avoid a real conversation in front of the people of the 15th District.

"Today, she misleadingly tried to disguise a partisan political event, held this evening, as an independent candidate’s forum. Congressman Dent had replied to the group organizing the event some time ago that he wouldn’t be able to attend because of two scheduling conflicts. He was appearing at two community meetings this evening, one in Slatington and one in Hellertown.

"Even so, in the interim we learned from the newspaper that the event’s sponsor was created in 2004 by Americans for Democratic Action, a self-described “liberal lobbying organization” founded by the Democratic Party. Outright partisanship by a sponsoring group is not the way to guarantee a fair, honest debate.

"Siobhan Bennett’s challenge for Congressman Dent to attend this event is another attempt to deceive the public by her campaign. She’s not serious about having a fair debate on the issues because she’s on the wrong side of those issues. Further, she’s already lamely ducked out of the first candidate forum/debate of this campaign."
Update: Siobhan Bennett wanted Charlie Dent to cancel two previously scheduled appointments to be at last night's forum. Amazingly, she left early herself, leaving a campaign aide to answer questions.
Posted by Bernie O'Hare at 8/20/2008 12:00:00 AM