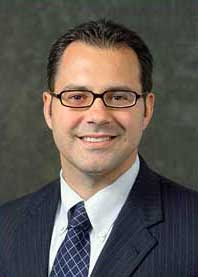 About eighteen months ago, back when he was still regularly attending Council meetings, Lamont McClure tried his best to have Bethlehem attorney Christian Perrucci appointed as Northampton County Council's Solicitor. McClure actually went so far as to take it upon himself to fire Council's then Solicitor, and over the Christmas holiday, with absolutely no authority from other Council members.

For that little stunt, McClure was awarded a coveted Express Times turkey. But Perrucci remained first choice of Northampton County machine Democrats. Lame duck council member Diane Neiper asked council members to appoint Perrucci. So did then Council Prez Ann McHale. They needed five votes, but could only get four. So sad.
Why were they so hot for Perrucci? Is he a municipal law expert? Home rule scholar? Nah. Much better than that, he's a pay-to-play specialist.

Pennsylvania campaign finance records place Perrucci very solidly in the "pay to play" camp. In just three years, this young lawyer has already contributed $14,550 to state office candidates. This includes $4,000 to convicted state house Democratic whip Mike Veon, who was sentenced last month to 6-14 years in prison for his involvement in Bonusgate. Another $1,000 found its way to former state house Democratic whip and payjacker Bill DeWeese, who has also been charged.

Did I mention that Perruccis just love Don Cunningham? In the last two years, he's picked up $7,800 from John and Christian. To be fair, Christian also gave $1,000 to Pay to Play Pawlowski. I'm sure King Edwin will remember this loyal vassal.

Perruccis like John Callahan, too. Christine Perrucci has already maxed out, with $4,800 for Callahan's Congressional bid against Charlie Dent.

Perrucci is part of a "pay to play" family. He practices law in a firm started by his father, Phillipsburg attorney Michael Perrucci, and former NJ Guv' Jim Florio. Like his son, Michael is very generous to Democratic candidates for state office, and has contributed at least $25,730 over the years to Governer Rendell, John Morganelli and others. His law firm represents the Delaware River Joint Toll Bridge Authority, rest home for political hacks. As a Director of ClearPoint Business Resources in 2007, his total compensation was a paltry $54 million.

Who knows just how much money Christian has given to local candidates? I do know that Christian's sister, Bonnie, has contributed $200 to Lamont McClure. But it's harder to follow the money in local races.

According to a County news release, Perrucci "has extensive experience in litigation and criminal law." Really? I spoke to one of the Lehigh Valley's best criminal defense attorneys, who tells me he's never seen him in a courtroom. Now according to his biography, Christian does have some experience in Alpha, N.J., prosecuting speeders and jaywalkers, so he's got that going for him. But I have to wonder what the hell he'll be advising indigent defendants. That they should learn to pay peoplwe off like he does?

Perrucci’s nomination now goes to the Lehigh County Board of Commissioners Intergovernmental Committee for confirmation on July 28.

Yes. Christian is already wearing quite a few hats. Solicitor to Airport Authority, solicitor to NC Personnel Appeals Board and Ass't LC Solicitor. He has been a walking conflict of interest.

Hey Bernie, didn't I see you on the top floor of the posh Melt Restaurant in the Promenade in Lower Saucon last night?

Steve Barron had a sweet $1000 a pop fundraiser for John Callahan.

I guess if it is kept in the family, everyone is happy. I heard Steve put you down for about $3K.

I've been to the Promenade just once, and only as someone's guest at Shula's steakhouse. I'm more into Yaccos.

Steve supports Callahan and I will defend his right to be wrong.

Whay are you changing the topic? Uncomfortable?

You bash others who monetarily support Callahan, why defend Steve Barron, hypcritical?

Bernie, hated on Joyce Marin for giving Pawlowski a grand. But old Bern likes Barron, so he looks the other way when he hosts a mega-buck exclusive fundraiser for Callahan. Remember how Bernie beat up on and made fun of the Callahan event at the Blu, but now its all OK.

I guess we will never read another bad thing or mocking report about Callahan or any of his financial investors.


with tickets 100.00 a pop, i'd ratchet down that rhetoric a little, scooter.

Christian is a very talented attorney. I doubt that he would be involved in anything that smacks of impropriety, he doesn't need to.

Bernie O'Hare said...
I've been to the Promenade just once, and only as someone's guest at Shula's steakhouse. I'm more into Yaccos.

He's been smacking of imptprity for some time now. I don't know hw he can represent an Airport Authority and a County simultaneously. There are real conflicts there right now. I also think he is woefully unqualified as a criminal defense attorney, although i am prepared to be corrected on that point. As I mentioned before, an experience criminal defense attorney told me he's never seen Christian inside a courtroom. I can think of numerouse lawyers more qualified than him and believe he only got this appointment to keeo that gravy train going. This is pay-to-play all the way, and I hope Comm'rs reject the appointment.

I saw him at the Melt on thursday.

I beleive Scooter was right on that one. $1000 a pop on the top floor of Melt.

How old is this Perrucci? He can't be much older than 30? If that is so, he has barely started practicing law. He is still "green". While I would think that he would be a good Assistant PD or Solicitor, no way should he be a point guy. Very much a disservice to the taxpayer if this is all true.

"While I would think that he would be a good Assistant PD or Solicitor, no way should he be a point guy."

The Long dem flyer sent around to committee people said be a sponsor for $1000. I guess the poor dem's were allowed to give the $100.

So I think scooter was half right. In the world of the Longdem's thats as close as you get.

Hopefully the Long Dems will finally go away. McClure, Dertinger, Barron. Enough with these guys. Backroom policis need to go away.

Chris is a wonderful person. He is intelligent and a good attorney. Yes, he and his father support Democratic candidates. Why not? What about the Republicans, like Dent who gets hundreds of thousands from utility companies that get to raise our rates 30%? This family contributes to cansdidates that help the little guy, the hard-working middle class. Do you rally think Chris is accepting this position for the money? He is giving back to the community just like jis father does. They are good people.

In Lehigh County, the PD position is more administrative. The current PD does not defend people in a courtroom.

The Perrucci firm gives money to both sides. They give to Repos as much as they give to Dems.

"Pay to Play occurs when someone contributes heavily to a political campaign and is awarded with jobs or contracts."

1) In statewide and federal races, where millions are raised and spent, it is nearly impossible to establish pay-to-play. Dent's largest contributor, for example, provides only a neglible sum compared to the total. Even if you claim utility companes or Big Oil or whatever the flavor is that particular week, it never amounts to more than 1 or 2 % of the total.

2) In local races, where there are no limits and a little bit can go a long way, it is much easier to establish pay-to-play.

3) In the last Comm'r race, Hillary Kwiatek's campaign was funded almost exclusively by Cunningham. It amounts to somewhere around 90% of her total. Clearly, she was bought.

4) I have consistently opposed pay-to-play politics, and do not care whether the culprit is Callahan or Dent. To the extent that you can make that claim about Dent, you can also make it about Callahan. It's just a question of degree.

5) Perrucci has given almost exclusively to Democrats, contrary to what has been noted here.

6) Perrucci, in paying the pay-to-play game, is certainly intersted in money. His father made tons that way. But he is primarily interested in power.

7) A few years ago, I'd agree Dems back the little guy, but that's no longer so. They instead back public sector unions that enslave us and think nothing of taxing the hell out of small businesses. That has more than a little to do with the fact that there are no jobs right now.

Ohare your grasp of basic economics and history is appalling. I hope the perks are worth it.

I understand the economics of pay-to-play quite well.

Get Genuine Ways To Earn Money Online With Payment Proofs. You Can Learn How To Make Money With Traffic Improvement Tips and make $100 every day .So That You Don't Waste Your Time And Money.for more details visitclick here