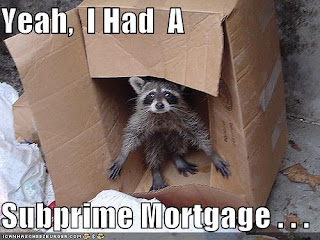 Northampton County's real estate market is depressed, having declined forty-six per cent over the past five years (2005-2009). In the first two months of this year, things actually got worse. February was the worst month on record for actual deed transfers since 1983. But there were modest increases in March (10%) and April (6%) over the same periods last year. In May, there was a 21% explosion, probably the result of an $8,000 first-time homebuyer tax credit.
In order to take advantage of that tax credit, a buyer must have entered into a binding contract by April 30, 2010, and has until the end of September to settle. According to Northampton County's real estate records, there were 626 deeds transferred in June. Although that's still 7.2% better than the same period in 2009, it's also an indication that the positive effects of that tax credit are coming to an end.

Last month is still 25% below the average June over the past ten years. Also, 33 of the 626 deeds recorded, or 5.3%, are the result of mortgage foreclosures, revealing that President Obama's foreclosure relief plan, however well-intentioned, has been a disaster. I've previously told you that 129 properties are scheduled for Sheriff Sale this coming Friday, a new County record.

Quite frankly, there are residential properties in the LV, most of which fall in the category of having been built prior to 1990, which in real terms are worth a fraction of the value that are being assigned to them by homeowners, real estate agents and lenders. Some are, in fact, worthless in the sense that there are (and will be) no willing buyers. For homes built in the last 10 years, many owners are struggling to come to grips with the fact that prices may have fallen 30%+ from the peak.

While residential development and transfers are down, commercial work seems to be up. Building space is being rented and renovated. New buildings being built. Look at the Route 33 cooridor from Freemansburg AVenue to Rt 248 at the interchanges.

Anon 6:45 Home purchasing was never intended to be a "flip". When one buys a home, they should stay put for a decade or so and if not more. Then, you can ride these things out. Our problem with housing is that it became too attractive to buy and become nomadic. IMHO

June mortgages are up overall due to refi, Purchase loans, however, are down mid single digits for the month and 30% since April.

Everyone is hoping for cyclical relief, but the debt is just too big. We are not getting back to where we were a couple of years ago. The gubment is hoping you will believe it will happen, so the demand for reform will pass and they can get back to their excess.

How about just stopping the insanity of building all that new suburban crap? Build it, why? Because it's what people "want." I guess not. When it takes a collapse of the banking system to stop it, you know something is wrong.