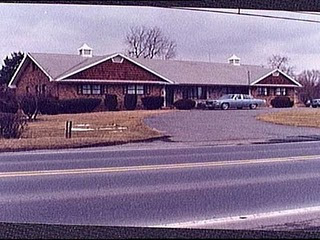 When Allentown State Hospital closes its doors at year's end, about ten of forty-five Northampton County residents will be transferred to Wernersville's facility. The rest will go to group homes, including one proposed at 3925 Airport Road, in Hanover Township. But would Supervisors agree? This was the main event at Hanover Township Supervisors' meeting on July 27.
Group Homes Questioned at Township and County Levels
According to Mental Health Administrator Kathleen Kelly, Northampton County currently oversees thirty-nine group homes within the County for people suffering from some form of cognitive disability. There are only four group homes for the mentally ill. Plans are in the works to add another three, including the Airport Road home.

On June 22, Hanover Township Supervisors listened as resident after resident explained why a conditional use application should be denied. Stephanie Anthony, a mother of two who lives near the proposed group home, told supervisors that "we already have a group home behind us, and it gets awfully rowdy." She later said, "We see the cop lights behind our house almost every night."
None of this made any difference to Solicitor James Broughal, who told residents and supervisors alike that the Fair Housing Act requires that group homes be treated like any other residence. "You could have 100 group homes in your neighborhood and there's not a lot we could do," he warned.

After this Hanover Township meeting, the recent surge in group homes was discussed on a County level, too. The subject came up when Northampton County Exec John Stoffa proposed the appointment of Wendy Heatley as his group home czar.

Reviewing this appointment on July 14, Northampton County Council President Ron Angle was very dubious that thirty-five current Allentown State Hospital patients would suddenly be ready for life in the real world. "Eighty per cent [of the County's] patients are going back into the community with just one flick of the pen. ... I find that troublesome. And then you wonder why when you pick up a paper and read that somebody just blew three person's brains out."

Agreeing with Angle, Council member Ann McHale was skeptical, too. "People wander the streets, not knowing what they are doing," she complained.

Heatley, whose appointment was approved and is 100% state funded, was somehow able to impress and reassure both Angle and McHale, no easy feat. "I know every single one of those people personally," she stated. "I've known some of them for ten years. We are not bringing anyone out to the community that we do not feel we can safely serve."

Director of Human Services Ross Marcus added, "Sometimes, people have stayed in the hospital longer than they needed to stay."

Angle and McHale were willing to give Heatley a chance. Now, Hanover Township Supervisors are willing to give a green light to the proposed group home on Airport Road, which she will supervise. At their July 27 meeting, they unanimously approved the application. Bethlehem Attorney William Matz, representing owner Moravian Development Corporation, was on hand to defend the proposal, but no Hanover resident offered any new complaints.

Although the group home was approved, Supervisors did impose eight conditions: (1) No more than six residents; (2) Twenty-four hour on site supervision; (3) No medical or counseling services, except for the actual residents; (4) It must be a housing, and not treatment, program; (5) no criminally insane, violent, or drug or alcohol-addicted residents; (6) No resident may keep a car at the home; (7) Annual reports must be filed detailing the size, residents and supervising agency; and (8) The home's rules and regulations must be on file with Hanover Township.

With the main event out of the way, Township Manager John (Jay) Finnigan discussed the "Jake Brake Sting" recently run by two Hanover police officers along Route 512, between 4 and 6 AM. A Jake Brake is a compression braking mechanism on some diesel trucks. It slows a truck down, but sounds like a machine gun, and is prohibited in many municipalities. Officers counted 177 trucks. Three of them were illegally using jake brakes, and were cited. It's a $10 fine.

"That's less than the truckers spend at Turkey Hill," quipped Finnigan, so Supervisors have introduced an Ordinance increasing the fine to $100.

In other business, Supervisors tinkered with a "Solar Ordinance" proposed by the Planning Commission. They honored John Cody Broniec and Alexander Michael Joyce for becoming Eagle Scouts. And Finnigan hinted that "Trooper 1" might make a special appearance at Hanover Township's National Night Out on August 3.

"Trooper 1" is the Pennsylvania State Police Helicopter used to watch "packages" like VP Biden, when he recently visited the Lehigh Valley.
Posted by Bernie O'Hare at 7/28/2010 02:30:00 AM

Did we read this right? A ten dollar fine?

glad they approved the group home, now jay has somewhere to go

"Did we read this right? A ten dollar fine?"

So the township brought in $30.00 How much did it expend to carry off this sting?

More than they brought in, and that's the reason for the Ordinance increasing the fine from $10 to $100.

Are the group homes county assets or are they private non-profits? If they are county assets, why not ship them to the Gracedale property?

They are privately owned and the County provides oversight.

As far as the group home is concerned, I've always said I'd rather live next to the diagnosed and medicated then the undiagnosed and unmedicated! It's about time people learn that not all people with mental illness "blow the brains out of people" as someone stated in the article. Would anyone of the Hanover Township residents be opposed to living next door to Vivien Leigh, Patty Duke or Isaac Newton? Because everyone of them, and many more, had mental illness and enriched the lives of millions of people. Thank you.

Your points are well-taken, although I'd have problems with Isaac Newton. My concern is the staff at these group homes.