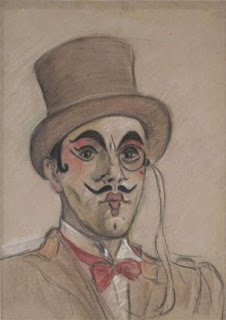 According to WDIY (FM 88.1)'s webpage, "Lehigh Valley Discourse" is a "highly acclaimed local affairs show" that examines "the diversity that is the Lehigh Valley." That's about to change.

For reasons that completely elude me, I'll be a guest on the show, which airs between 6 and 7 PM this Thursday. You can blame CACLV's Alan Jennings, who probably thinks that bottom-feeding bloggers like me need some lovin', too.

Now I was trained in the ways of talk radio by none other than the Northampton County Bulldog, Ron Angle, who used to have a talk show of his own before he was canned by Not-So-Jolly Joe Timmer. But that's AM. Aside from the dudes on Car Talk, I really don't fit in with the foo foos who grace that station, unless they like fart jokes.

LVI's Jonathan Geeting, however, should feel right at home. Although Geeting attends no meetings locally, he reads 500,000 posts a day, and is so good at preaching he should trade in his blogger's pen for a Roman collar. Jennings invited him, too. Bastard. Geeting spends a lot of his time claiming I'm full of shit. Regular readers of this blog already know that.

The subject of the show is bottom-feeding bloggers. I think we need them, if only to make reporters look more respectable. Jennings is scrambling to find two government officials willing to share the air waves with us.

Actually the Northampton County Anti-Semite Ron Angle was canned by no less than four radio stations.

Sounds like you have something against people that wear Roman collars and berets?

Does Jennings plan to ask you about your friendship with convicted pedophile and child pornographer Robert W. Rudas?

Why don't you call in and ask him? Of course, you'd have to identify yourself, so we know that won't happen bc you are a coward.

I have some friends in high places and some in low. But a friend will always be a friend. You hate the sin, but love the sinner.

I write to him and am even doing some of his work for him so he does not lose his apartment. He is still my friend.

Most people understand this, and I'm unaware of any special penalties for people who are friends to people who commit crimes. Only in your twisted mind.

Wow! This looks like a real balanced show so far. Two from the far left and one regular liberal. Typical.

Congrats on the radio gig!

Sorry about the previous comment, didn't thinkabout other concerns. But hey, I am looking forward to hearing the discussion. He wants 2 Govt officials in there? How big is that booth?

I'll bring the tea and doilies. Bernie, you're flattering me, you know it's only like 200,000 articles a day.

Try for a free T-shirt.

BTW, Alan Jennings told me that you recommended he invite me. True?

I am listening now. Could you make Jon say something intelligent besides Uhm.....