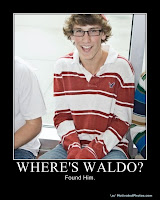 According to Council Clerk Frank Flisser, McClure called before the July 1 meeting to report he is on vacation, but gave no explanation for his absences on June 3 and June 17. Council President Ron Angle told The Bethlehem Press he has heard nothing from McClure, whose district includes Bethlehem and Lower Saucon Townships.

Under the County's Home Rule Charter, Council can remove absent members, but only after a member has continuously missed six months of meetings.

"Under the County's Home Rule Charter, Council can remove absent members, but only after a member has continuously missed six months of meetings."

Gee, just five more months and you might have a story there.

When a Council member skips regular and committee meetings for six weeks, and provides no explanation until the one he gave tonight, the people should know. It's a story now.

Taxpayers are better served when Lamont's seat is empty. Please keep this story quiet, Bernie. It's best for all of us. Now, if we can get several others stop attending...

If I were in his district I would be offended as he is not representing the people who voted for him...

If the man stops showing up for work, does he still collect a paycheck?

Angle: "Lamont, I see you've been missing a lot of meetings, lately."

McClure: "I wouldn't say I was missing them, Ron.

May we call Lamont, "Charles?"

Hey Bernie, I like the way you allow numerous personal attacks on Lamont but delete posts that give a different viewpoint. It is so good of you to allow peoples thoughts and love to argue. That is of course if the thoughts and arguing is favorable to those you like and attacks those you don't.

Check the dictionary Bernie. Under Hypocrite is a picture of you.

"If the man stops showing up for work, does he still collect a paycheck?"

Yep. Maybe he should be asked to return it.

Lamont was voted into office. Like Mr. Angle says who has any right to undo what the voters vote.

There is case law providing he cannot be removed that way. Only the Guv and General Assembly may remove him. So that provision of the HRC is unconsititutional, I agree. But the reality is he has been neglecting the job he was electred (barely) to do.

I like Lamont. He has some very inciteful comments when he shows up for council meetings. Maybe he should be videostreamed from home or on vacation. He could dial in a Skype appearance and be a virtual councilman.

isn't his term up next year? Is he planning on running again? Either just an unusual fluke of scheduling, or Council becoming less of a personal priority.... either way, communication is still a professional courtesy/expectation.

His term is up next year. I have no problem w/ a Council member who misses a meeting now and then. We're all human. And when someone is recuperating from an illness or surgery, it's expected that some meetings will be missed. But what McClure did is decide that his other job is more important. He has skipped six weeks in a row of county business.

Its a shame he hasnt been around. He might have been the one voice on Council who would have said to your canine wonder - you should simply be ashamed of yourself for defaming a Judge of long standing who as you well know is not senile simply because he failed to rule in your favor.

Well, He has not been around. He has missed three council meetings in a row, has attended no committee or authority meeting and was even absent the night that the Sheriff took time out of his schedule to appear before Council and respond to one of McClure's resolutions. If McClure had a good excuse for his absence, I would not be posting this blog. But he does not. He is thumbing his nose at the people who put him in office. You'll forgive this blatant disregard of his duties because he will taunt Angle, but most of us expect more from the people we elect.

I can't speak for County Council now, but I believe the attendance issues of the past two-three years are not the historical norm for Northampton County Council. When I was regularly attending during my years as a reporter and then later when the open space referendum was hot, it seemed like every council member not only attended every council meeting, they also attended committee meetings for committees they weren't on. It was like they were competing for an Attendance Award.
Ron Angle would never miss a meeting and even managed to attend multiple meetings at once, somehow teleporting his presence and opinions across time and space. Or, at least that's how I remember it.