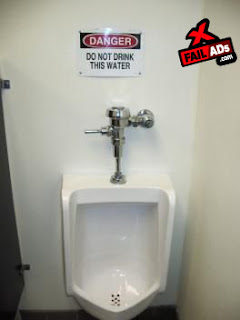 "This is an opportunity to clear things up that have already been heavily covered in the media."

That's the justification Council member Tom Dietrich offered for a proposed amendment to Northampton County's Home Rule Charter at Council's July 1 meeting. It would bar all County elected officials from holding any other elective office, paid or unpaid.

Dietrich was referring to a June 4 decision by Senior Judge Franciosa, barring Council President Ron Angle from serving simultaneously on Bangor's school board. Angle resigned his unpaid school board position, but has since appealed Franciosa's decision to the Pennsylvania Supreme Court on June 14.
A Home Rule Charter amendment must be approved by referendum, and Dietrich explained this would allow the people to speak.

"The people have spoken, but the people's voice was usurped. The very thing you talk about is the very thing that has been diminished," responded Council member Bruce Gilbert, noting that Angle was elected to both his Council and school board seats.

Council member Michael Dowd, stating he "would rather wait until the Court decides this," persuaded Council to table the matter, 6-2. Only Dietrich and Council VP John Cusick opposed Dowd's table motion.

After the vote, Angle told his colleagues, "Had this passed tonight, it would not be on the ballot. [County Executive] Stoffa told me he would veto it. He served on a school board, and told me he sees no conflict."

In other business, Council member Ann McHale proposed that they start webcasting all committee meetings, as well as the Gaming Authority and other boards. Council's regular meetings have been webcast since January, and they can be viewed on the County web page. McHale said these additional meetings could be broadcast at a very minimal cost, which was music to the ears of legislators worried about a tax hike next year.

"I think it's a terrific idea," replied Council member Michael Dowd. He and McHale were the prime moving forces behind Council webcasts.

"It's proof people have no life," joked Council President Ron Angle. Council took no formal vote, but their consensus was "Cameras, Lights, Action."

Council also briefly touched on some cost-saving measures. At a June 30 Finance Committee hearing, they were given the sobering news that the County is heading toward a twenty per cent tax hike next year unless drastic measures are taken to make up a $16 million shortfall.

One of those drastic measures is a hiring freeze, announced by County Executive John Stoffa last week. His goal is to eliminate 100 County jobs by the end of the year. He opposes lay-offs, which would be costly to a County that is self-insured for unemployment compensation. He is instead trying to reach that goal by attrition. He's well on his way, too. Director of Administration John Conklin told Council there are already 89 vacant slots.

But in addition to these drastic cuts, Council is also looking at small ways to find $16 million for next year. That even extends to bottled water, supplied at taxpayer expense to some offices at the Courthouse. Angle estimates the County could save $5,000 annually by stopping this practice, noting that's why there's water fountains.

"Easton has the best-tasting water in the Lehigh Valley," replied Council member Mike Dowd, who lives in Easton.

"Second only to New York," added Council member Tom Dietrich, who lives with Big Apple commuters in Hellertown.
Posted by Bernie O'Hare at 7/02/2010 01:00:00 AM

Most of the "attrition layoffs" are in Human Services. Vital positions are not being filled. There was a time the Press and others would bring these harmful cuts to light. Now it is not reported or cared about.

I fear that children and others unable to care for themselves will pay a horrible price for these poor decisions.

Easton water is excellent. I used to fill jugs at my parents' house after I moved to the suburbs, with its rusty well water. It's a bit chlorine-y in the morning, but is some of the best water around. Bethlehem's has won awards, I think.

If the Supreme Court either dismisses the appeal or affirms Franciosa's ruling what personal attack will be the new pronouncement be from the law-giver?

They should do away with bottled water supplied by taxpayer money. I am a county worker and we have a water cooler (purchased by the staff) and we buy our own water. I would never expect the county taxpayers to foot the bill. That's ridiculous.

offices should pay for there own water i agree, water fountians are unsanitary lots of germs are spread that way they should do away with drinking fountains everywhere .

See, that is what happens when you set up the Suggestion Box. Many well-intentioned people will offer common sense ideas like this, and we'll save a few pennies here and there.

We've not got a Chris Christie on council, but maybe they could just apply his model? While I don't think Christie has gone near as far as he could or should have, it would at least be a start.

Bill White had a great story on Angle. It was hilarious and hit the old nail right on the head.

To deter the weekend trolls, I have banned anonymous comments this weekend.