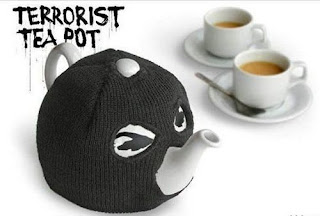 The numbers are finally in, and they're not good. They were presented to the Lehigh Valley Partnership (LVP), our unelected aristocracy, weeks ago. But the leaders we actually elect, the ones sitting on Northampton County Council and the Lehigh County Board of Commissioners, were never presented with any actual numbers until yesterday. They're the ones who actually make the decisions about spending our money, but were clueless. On Monday, they'll be asked to approve a three-year budget for the Bi-County Health Bureau that calls for huge infusions of cash from each County, especially during the second year. I do not have the exact figures, but will pass them along when I get them.
I don't know about you, but I find it insulting that the Bi-County Health Bureau would present its budget to the bluebloods at the secretive LVP before letting the rest of us in. That says something about their real Overlords, and it's not us.

Doubtful. On Northampton County Council, I can only see Peg Ferraro and Mike Dowd supporting it. In Lehigh County, it's a different story. Only Dean Browning, Glenn Eckhart and Tom Creighton are definite Nos. Unless it passes in both counties, it's dead.

Browning is taking it on the chin for supporting some modest salary increases to row officers. But on a big ticket item like this, conservative Andy Roman is a big cheerleader. He actually thinks a Bi-County Health Bureau will help us if we are hit with a "dirty bomb" or bio-terrorism. I admire his independence and passion, but he is confusing a public health department with emergency management.

After the bi-county health department dies, he might want to look into the emergency management coordinated between Lehigh and Northampton County. Not long ago, Lehigh County members saved lives in Northampton County with their quick reaction to a chemical truck spill on Route 33.
Update (10:00 AM): I have the hard numbers, and they call for each County to kick in $250,000 next year, follwed by another $500,000 in Year 2, and $550,000 in Years 3, 4 & 5. This is backed up by a report in The Morning Call.
Posted by Bernie O'Hare at 7/15/2010 12:04:00 AM

reality of the matter is that this thing was dead before it even started. the whole thing has been a waste of time and money all for nought

as i recollect, norhtampton county has been asking for "the numbers" since 2001. amazing it only took them 9 years...

If memory serves me correct our health department has the time and money to do seat belt checks and remind us to get colorectal exams. If they believe there is a real need to combat dirty bombs perhaps they should be focused on that instead.
The government always wants more, more, more

Your blog entries fall into 3 categories: insightful, entertaining and clueless.

This one- CLUELESS. You are wrong on so many counts. Please, if you are going to make stuff up, please let the readers know that it's made up.

You know it starts a feeding frenzy against the very small population who oppose this but can't stop it.

707- the ones who are clueless are the ones who want the 10 million budget paid for in this economy. The only guaranteed money is the per capita and that is only 3.6 mil. Where will the other moneys come from? Grants are a crapshoot- too many people going after too little money. Maybe this was a good idea many years ago, but it not until the counties get back on their feet can we afford this.

A beautiful page. I liked.

One serious accident on Route I/78and the Valley's smaller arteries become paralyzed as traffic is rerouted. Who believes a bi-county health bureau will ever be able to effectively handle the
after-effects of a bio-terrorism attack?

Bernie,
Did you cover this meeting as a reporter?

Bernie,
Did you cover that Nazareth School Board meeting about the solar panels? Sounds like quite a night. Is it true the township supervisors were kept in the dark about the contract?

The reason the county isn't concerned with any of these possible disaster theories is the simple fact they know the existing agencies in Allentown and Bethlehem will step in at no cost when they are needed outside of the cities.

If Allentown and Bethlehem want this thing pass they need to adopt resolutions that state they will no longer assist emergencies or provide health services outside of their borders.

"Did you cover that Nazareth School Board meeting about the solar panels?" No. I stay away from school boards.

"This one- CLUELESS. You are wrong on so many counts. Please, if you are going to make stuff up, please let the readers know that it's made up."

Tell me where I'm clueless.

I have the email from the health bureau, talking about the presentation to the LVP a few weeks ago. I wrote about it.

Hard numbers were only provided to the people makig the actual decision yesterday.

Yu see, the prople who are pushing this are in for a rude awakening. You don't get something passweed when you don't even call the Chair of the LC Board of Commissioners until a few days before you want his vote. Same is true w/ NC.

This has to be the most porrly advocated proposal of a worthy idea that I've ever seen.

"Did you cover this meeting as a reporter?"

Are you kidding. There's no way the LVP would allow any member of the press in its inner sanctun,

"The reason the county isn't concerned with any of these possible disaster theories is the simple fact they know the existing agencies in Allentown and Bethlehem will step in at no cost when they are needed outside of the cities."

Has anyone noticed that Allentown is in NO position to step in and pay for anything for anyone? That is the reason why a bi-county health department just makes sense.

Steal from the poor and give to the rich just ain't working any more. When the suburbanites learn that they don't have services, just when they need them, (for whatever the reasons, from bioterrorism to aging), it will be too late.

When is the MADNESS GOING TO STOP!! Hello, we are in a recession with record unemployment!! NO NEW PROGRAMS! We are laying off people in the courthouse but spending remains out of control. I do not want my County tax dollars funding any of this crap!