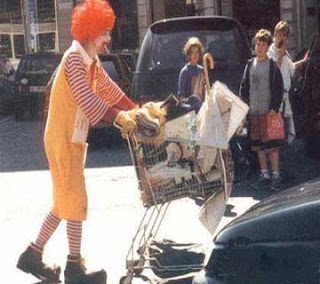 "Naturally, I am disappointed to learn 125,000 Americans lost their jobs in the month of June and only 83,000 new positions were created in the private sector. Sadly, these figures continue to illustrate that the so-called Stimulus bill failed to achieve its primary objective of creating private sector jobs and advancing economic growth.

"Furthermore, this new data reinforces my concern that the agenda advanced by Washington is limiting the capacity of businesses to grow. While employers of all sizes beseech Congress and the Administration to help reinvigorate the economy, Speaker of the House Nancy Pelosi continues to push anti-growth legislation that imposes higher taxes, increases energy costs, implements excessive regulations and costly mandates, limits access to much-needed credit and dramatically inflates government spending. This is certainly not a formula for fostering job creation.

"While I am disappointed by these figures, it is important that we redouble our efforts to help people find jobs in our region. Later this month, I will be hosting a Job Fair that will feature over 50 local employers eager to connect with job seekers in the 15th District. The event, which is free to the public, will also include helpful workshops on writing resumes, improving interview skills and starting a small business. Anyone interested in learning more about the Job Fair should visit my website: http://dent.house.gov/.”

Congressman Dent was among 270 members of the House who voted on Friday to extend unemployment compensation benefits until November.

Even though I'm employed, I am very shocked but very pleased that Dent voted to extend benefits...

I thought Obama had a plan...

...he sure ran his mouth enough that he had one.

Granting amnesty to the hordes of illegal aliens with definitely ease the job crisis...

...and all the new handouts will certainly not make everyone's taxes go up, either, much to the chagrin of all the Repukelican fear-mongerers.

Obama is brillant --- he and the Progressive Liberals should have come to power much sooner.

the thrill running up my leg got in the way

see, the greatness and glorioiusness of our President is actually quite crippling

but it's a shared sacrifice, so I am glad to make it

So Charlie's big fix to the employment problem is a job fair? It make sense ... As a career politician Charlie has no clue what it is like in the real world.

you mean like real-life experience had by the community organizer-in-chief?

The party of no and the tea baggers wakes up every day suffering under the yoke of this Marxist regime still breathing fresh air in a free society. When they are not burrowing into the ground digging their bunkers to stock with canned goods and guns before Obama takes them all away they are out there spouting simplistic rants akin to the No Nothing Party of the 1850s. If they dont like illegal immigrants, then organize a police force to identify and eject all 11 million of them. That will preserve their precious freedoms while swizzling beer and hoping some hardworking immigrant will do the work in the fields that is beneath them to do.

Should nothing have been done at the time of the financial melt down? The stimulus package perhaps did little to create new jobs but it likely prevented us from descending into another Depression. The economy is subject to greater forces than any one president can effect.

Taxes were lower last year than in any recent time but it did nothing to spur job growth. Shall we cut taxes for the rich and corporate crowd on the unproven theory that jobs will follow?

And to whom do we turn? Oh Charlie deliver us from the evils of socialism.

Chuck's a smiling, empty suit. But Obama took a terrible situation (replete with bailouts Charlie championed!) and made it much worse. Just as the Great Depression was prolonged by government flailing, so to is the current Recession/Depression. Obama has not learned the lessons of history. He likely failed to show for them, just as he failed to show for a single intelligence briefing the whole time he was running for president.

And if victory is as Bernie's defined, does Chuck support the withdrawal time
line that provides clear details of how long the bad guys must wait for us to leave and for them to obtain their nukes?

Chuck and Barry are brilliant. Do either one of them attend military funerals? Does the grieving family of the last soul fallen get a free tour of Chuck's DC office and a coupon to an Iron Pigs game?

Dent repeatedly visits troops in the combat theatre, and when he goes there, he brings them all kinds of packages from the Blue Star mothers. He has always been respectful of the military and, yes, he has attended funerals.

Maybe Charlie Dent and Bob Freeman can get a job selling suits at the same store. hey, its a fall back plan.

Bob Freeman needs to prove he's not been dead for three years.

And Obama will only attend funerals for soldiers buried on or near golf courses.

If Charlie Dent Wants Jobs, He Should Be Voting for Jobs

Jonathan, If Obama's stim package proves anything, it's that government is really lousy at creating private sector jobs. Dent can't magically create them, no matter how many times he votes to do so. This is where the conservative ideology is better than ours. Let business create the jobs and make it easier for them to do so. In Pa., we could do that by reducing the 9.9 % corporate net income tax, the highest in the natiion, and the reason why Pa ranks #45 in job creation.

Government does have an obligation to help people, including those who siffer the loss of employment. But it can't create jobs. You impute power that just isn't there.