Fed Ed Case: US Atty's Office Should Indict Itself Next 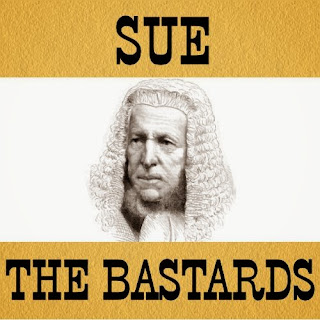 During the primary season, about 8,000 Democrats decided to run for Allentown Mayor and enabled Edwin "Fed Ed" Pawlowski to win with just four cent of the registered Democratic voters. Though seven people had already pleaded guilty to political corruption and had implicated Fed Ed, the United States Attorney's Office was strangely silent. Some say the office is in complete disarray, thanks to the revolving door in which prosecutors there seem to have no idea whether they are coming or going. Some say that they were licking their wounds after having their heads handed to them in a few high profile political corruption cases. Still others speculated that no indictment would be forthcoming because that might impact the election. A few even suggested that Fed Ed would never be charged.

We now that Federal prosecutors managed to find the most idiotic way to proceed in this matter. Publicly, they curled up in a ball and let Fed Ed march on to victory though they know he's a crook and that the vast majority of Allentown voters preferred someone else. But behind the scenes, they secured pay-to-pay guilty pleas from two more businessmen and kept the public in the dark. Heaven forbid that the public be told the truth. Their dishonest inaction impacted the primary election in a far more negative way than if they had just done their jobs and indicted when ready.

The Morning Call provided some of the details yesterday. The new charges are against Mark Neisser, a glorified salesman armed with a briefcase and cellphone who was employed by T and M Associates; and Patrick Regan, a glorified salesman who is also armed with a law degree and who works for TEN. Neisser has been charged with a single count of conspiracy to commit bribery, while Regan has admitted to a conspiracy to commit mail and wire fraud.

Both charging documents are based on information that is now years old and has been collecting dust.

Behind closed doors, an information was filed and sealed against Neisser on March 13. He entered his guilty plea on April 6. Earlier this month, the feds quietly unsealed the record with no notice to the public.

For Regan, an information was filed and sealed on May 11, just four days prior to the primary. It was unsealed after the election, on June 14, and he only entered his plea On June 20, with no notice to the public.

What I find especially troublesome, in both of these informations, is the lack of a direct link to Fed Ed.

Neissen is charged with bribing former Mayor Vaughn Spencer, who like Fed Ed is still walking around as though nothing has happened. But in his case, the information includes statements that Spencer made, like “I cleared [a specific engineering contract] for [defendant MARK NEISSER’s engineering firm]. So we need to get something from them,” and "I went out of my way for [defendant MARK NEISSER’s firm] . . . [T]hat project, they weren’t even, they were, they were already ruled out. . . . And I got them back in there and got them approved.”

There is none of that for Fed Ed. Instead we are told that he acted through intermediaries like Francis Dougherty and Miked Fleck, whose credibility can be easily attacked. There are no juicy quotes, indicating either a very weak case on these counts or a terrible job of drawing up the charging documents.

While Fed Ed was publicly proclaiming his innocence and asking, "What cloud?", the Feds were depriving you, the public, of the right to their honest services. Maybe they should charge themselves next.

Their disregard of the public is shameful and should be brought to the attention of the courts when the seek the next round of sentencing continuances.


Neisser Information by BernieOHare on Scribd

So Bernie - are you suggesting that they may not proceed against Fed Ed, or are you not prepared to make that leap yet?

I believe they will prosecute but have acted with utter disregard for everyone but themselves.

Thank you for your insight. It's obvious you are very concerned and critical about the way they have acted, but it wasn't clear whether you have doubts about Fed Ed's chances to win the prosecution lottery.

He will be prosecuted but I am disgusted at how this has been handled.

Where is the Ham Sandwich ?

The cast of characters grows, but the Grand Jury knows all of them. This will help in producing a viable indictment. Personally, I think the sealing of the documents was a tool to non-interference in the primary, however, the non-informed voters or blind supporters would have voted for this crook anyway.

Obviously, any dirty politician such as the mayor for life, Edwin Pawlowski, are going to use intermediaries [Fleck, Dougherty and so forth] to apply the pressure and contact the alleged donors/bid receivers for their campaign donations. The use of burner phones and office sweeps shows the precautionary nature ensconced in "Fed Ed".

But, the evidence that is coming about is overwhelming and no matter what Pawlowski and his mobbed up Attorney McMahon spin, a jury will not believe that Public Official No. 3, [Pawlowski] did not participate, organize and carefully construct this elaborate scheme to use city money and contracts for his benefit. He is the only one who benefited by this; not the others!

Who is "Person #1" in the Nessier case on Page 11? That's one of the first mentions of anybody besides "Public Official #" in any of these cases.

7:56, I agree the evidence is overwhelming and the US atty office has been playing games for far too long. Their secrecy is appalling because there is no good reason for it. The FBI's work is done and has been for some time.The US Attorney is just sitting on this.

Bernie, don't you think this timetable has nothing to do with local diversionists and there homeschooled law collectives working to collude for there propped up circus stick and the far reaching tenticles throughout the nation? That is tenticles not testicles because of these very underhand, back stabbing working collaborators locally imported.

Hasn't sentencing for Fleck, et al, been extended regularly for over a year?

I understand the kick-backs were going into the various campaign funds to be laundered. Has any evidence been leaked as to cash being taken out of the campaign funds for personnel use ? The only cash I've seen go out is for The Dream Defense Team.

Yes. Numerous extensions. People at some point need to get on with their lives. Allentown is entitled to closure.

who is public official #5

Bernie do you think others will still be indicted or do you think this is it with the exception of Pawlowski?

Bernie Who is the consultant who is referred to in the latest filings?

They don't have enough to prosecute him or feel they could get a conviction, otherwise they would have jumped on charging him..take a look at the Philly DA...charged and tried now in less then 2 months time. Sadly..he will also win being Mayor again while all of his other "Employees and associates" do some federal time.

The Philly DA is being tried at his insistence, not that of the Feds. There is ample evidence against fed Ed