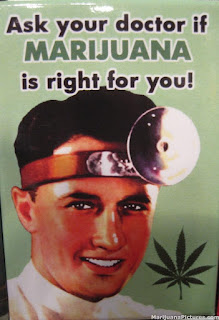 In a few weeks, Pennsylvania's Department of Health will issue up to 12 permits for medical marijuana grower/processors and as many as 27 dispensaries. One of these may be in Bethlehem Township. At their June 5 meeting, Commissioners voted 3-0 in favor of a medical marijuana dispensary in a flex building at 2467 Baglyos Circle.

If the state grants a permit, the facility will be owned and operated by Brooklyn cardiologist Victor Guadagnino and his family. Dr. Guadagnino has practiced medicine in New York for 30 years. His son, Victor, Jr, works with him and has a Master's degree in bioethics. He was the chief witness presented by flamboyant Easton attorney Gary Asteak.

Physician registered with the Medical Marijuana Program may prescribe medical marijuana for patients with specified serious medical conditions, from cancer to epilepsy. The patients themselves will have to be registered and have a prescription.

The marijuana itself is in various forms, but not as a plant to be smoked. It could be a pill, tincture, cream, liquid or oil.

Asteak failed to furnish any samples.

Guadagnino explained that the product will be delivered in package form, supplied by a delivery truck from a grower or processor. It will be stored in a vault that is monitored 24/7, even when the facility is closed. In an open lobby there will be two consultation rooms from which a physician can determine whether a prescription is appropriate. If so, the patient will advance to the dispensary,where his prescription will be filled with the product in closed containers.

In response to questioning from Asteak, Guadagnino stated there would be no grower or processor on site. No outdoor seating. No vending machines. No onsite product use. There would be a single secure entrance for patients. It would be "completely invisible," insisted Asteak.

The dispensary will be inside an industrial park and at least 1000' from any school or daycare. It will, however, be close to a residential area being built.

Maria Cintron, owner of Bikram Yoga at 2471 Baglyos Circle, said that 75-80% of her customers are telling her they will go somewhere else if a medical marijuana dispensary is opened. "I'm here on behalf of my customers," she said, adding that some of them are children between 6-15 years old. She suggested that Guadagnino find another place fora dispensary, and told Commissioners she has invested $300,000 into her business.

"I don't think the Board can direct where businesses are located," Malissa Davis told Cintron. She said that once people see how this business operates, they should be satisfied. Asteak added, "Hopefully, your customers will understand. One day they're going to get old, despite the fact that they do yoga."

Tom Nolan said, "We have no choice. It's a state law."

Solicitor Jim Broughal had previously urged the Township to adopt a medical marijuana ordinance so that the Board has some control over where dispensaries and other marijuana facilities are located.

Federal law still proscribes the possession and distribution of marijuana, although a 2013 memo from the Department of Justice indicates it will defer to the states unless minors are involved or a dispensary is a pretext for dealing in other drugs.

In addition to Nolan and Davis, Kim Jenkins voted in favor of the dispensary. Michael Hudak and Pat Breslin were absent.

In other business, Nolan, Davis and Jenkins voted to award the long-awaited Brodhead Road reconstruction project to H and K Group for $2.35 million. H and K was the lowest of three bidders. All three bids were within $7,000 of each other. "We would have been happy with any of the three bidders," said Township engineer Brian Dillman.

H and K will reconstruct 6,500 feet of Brodhead Road, from Township Line Road to Christian Springs Rd. The remaining work will be done by developer Lew Ronca, who is building a warehouse distribution center.

"We should have a brand new Brodhead Road by the end of October," predicted Dillman, who told Commissioners work will start in early July.

Manager Melissa Shafer advised that the Township did receive a $400,000 grant for this work, and that business owners along the road will be required to install ramps.
Posted by Bernie O'Hare at 6/06/2017 12:49:00 AM

Bernie, looked at the pics in your movie on the edited out news media and did not see you? You must have been in the green room sampling some of the products rendered at this meeting.

This starts as well intentioned for those with horrible health conditions but will devolve to placating potheads with headaches. Why is it though that hospitals or medical facilities can't dispense medical marijuana?

I'd love to see a tally of how many meetings some of these commissioners miss each year. Is there any rule in the township that says if you miss X number of meetings, you must resign your elected seat? If not, there should be. And if Pat Breslin is actually moving on to become the next Ban Ki-Moon at the UN, then he should resign, as he has little interest in doing anything to improve the township we aren't even sure he lives in.

Half of my Yoga class come in stoned and they're good people. Lady just destroyed her own business by opening her mouth.

Why the high security for this place? But I have to say, PA really dropped the ball on this since those oils and such are going to be WAY more potent than the leaf form. They just don't get it. Most people who use it for medical reasons don't need potent doses.

and once business figures out they can make a buck and the Commonwealth sees a chance for more tax revenue?
say Hello to weed everywhere.

This is coming and no one can stop it. Slow it down, maybe. This is potential big business for PA.

The 75-80% will be replaced with this clientele.

Some of the people on here need to chill and toke a few. Enough with the nanny state., The same people that want people to not have healthcare are quick to have the government stop MJ.

So they give this lady 400,000 grant to sell drugs???? White Privilege much???? So this lady gets rich with impunity, while the poor brown and blacks STILL go to jail... Meanwhile the WHITE heroin addicts graduate from treatment... Yay!!! sarcasm here!!

I'm not quite sure what you are suggesting here.

nothing personal of course. I just happen to see the irony of locking up generations of people for drugs left in their neighborhoods. Crack mothers and fathers huddled off to jail with no chance of so called treatment. now that heroin is a predominantly white issue statistically it is now a health issue?? really??? Our people aren't called patients Bernie. they are called INMATES!!

Now you have white people getting rich in colorado, while most in the cities deal to survive. Not saying its right, but it is what it is Bernie.

I get the hypocrisy, and agree to some extent, but am not sure what you are saying about the $400,000 grant. That was not for medical marijuana, but to help reconstruct Brodhead Road.

ok...I read that wrong...thanks for the correction man...

have a great week...

I may have been unclear.