Trump Had Nothing to do with Pa Mine He Touts 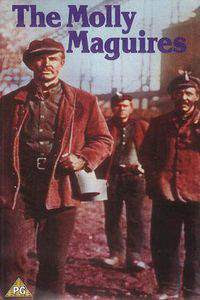 Donald Trump and his myrmidons have wasted little time in taking credit fora coal man that opened recently in western Pa. He mentioned it in his speech withdrawing from the Paris climate accord. And again at a speech last week in Ohio. "Next week we're opening a big coal mine." And of course, he tweeted as well. "Congratulations! 'First New Coal Mine of Trump Era Opens in Pennsylvania' Breitbart, in a story entitled "Winning," quotes him as saying the opening is proof that he's keeping his campaign promise to produce jobs for miners.

Minors, too, if he can get those pesky child labor regulations reversed. That way little kids can go back to throwing lumps back into coal cars again. If they lose a few fingers like my grandfather did, well that's why they're born with 10.

But guess what? Do you want to know what Trump really had to do with the opening of the new Acosta mine in Somerset County?

Not a damn thing.

Construction on this mine actually began before the 2016 Presidential election. No federal funds or subsidies have been provided.In fact the sole source of public assistance is a $3 million grant from the state’s Redevelopment Assistance Capital Program.

Also, the coal being mined is a far cry from the coal used to heat your home. It is metallurgical coal, used in the process of making steel and iron. Most of it will be shipped overseas instead of staying here and making America first.
Posted by Bernie O'Hare at 6/13/2017 01:58:00 AM

The "so-called" president has always said he can say and do anything and his supporters will still follow him. May be one of the only true statements he has made.

I was holding out hope that our institutions would protect us from this amoral administration, but with continued propaganda like this coal announcement, his prompted public ego stroking during yesterday's cabinet meeting, his embarassing performance with European leaders (our allies), and the new smearing of the special counsel by his cronies, we are in dangerous territory. This cannot become the new normal...that is how democracies die. Also, don't forget one of the most important things that came out of the Comey hearing that seems to have been lost among the partisan parsing ...the Russians most definitely tried to meddle in our election process and "they will be back" and will favor whoever they think will further THEIR interests.

Few coal jobs in the Antracote region. No high schooler dreams of working in the coal mine. Even those in coal country have switched to natural gas or oil for heating. Many truckers working in the coal industry are self emploued contractors so coal companies do not have to provide benefits.

This so called president teaches our kids to lie. Trump is a national embarassment. It will take years to fix the mess this guy created in 4 months.

I'm waiting for Trump to testify, but not holding my breath. Is his 100% promise to testify another lie?

"so called president" is our president, like it or not. I couldn't stand Barry and his policies but like Trump, he was fairly elected and was my president. So really try to get over your hatred of Trump, and by extension those Americans who voted for him.

8:42 Did you even read the article or did you just come here to defend his supreme leader? How's abouts you (along with his entire cabinet) stop showering this so-called man, who literally fires or threatens to fire anyone and everyone at any time, with undeserved praised. To sum it up, the article discusses how Donnie is successfully fooling a portion of the population into believing that he's actually doing something to benefit this country when in fact he had nothing to do with said thing. If you disagree, please provide an example of him doing anything that will MAGA for anyone other then the ruling aristocracy. I'll wait...

If you click the linked article you'll see that DeVos truely believes that child labor laws should be repealed so that poor kids can go work the mines. Your thoughts?

I have deleted an OT anonymous attack at Hillary and a comment I know was posted by a person banned from this blog. The topic here is a coal mine for which Trump has been taking credit, even though he had nothing to do with it.

If today, ISIS terrorists bombed the Statue of Liberty killing the people inside it, the media would blame Trump (or whoever the sitting president was) just like Bush was blamed for 9/11 failures even though those failures happened under Clinton. Truman said "THE BUCK STOPS HERE" and it should because that's the president's job.

So, much like a president should take the blame, he also should take the credit for economic successes. Unraveling all of the executive and administrative orders from the last eight years which choked our economy takes time. I don't think Trump has surrounded himself with the right people, I certainly wish someone would break his twitter fingers, and the Republicans in Congress are doing him no favors. But, the Dow Jones Average is high, consumer confidence is at its highest since 2004, employment is going up, etc. I am right with you on criticizing Trump's behavior, but we are less than 6 months into his term. A lot of the rollback of regulations won't pay dividends overnight but in the years to come.

Perception is reality Bernie. And the public's perception is that Trump's policies opened the mine. Just as Hillary Clinton and Barack Obama carried out a "War on Fossil Fuel".

Good post. Re: teaching our kids to lie: they're all guilty. We're not building a wall. I lost my doctor and my policy. There were no WMDs in Iraq. He did have sex with that woman. I read lips and still got new taxes. They all lie and parents should educated their kids not to believe US presidents - of either party.

They don't ALL lie. By any standard, Trump has taken lying to a new level.

Three OT comments have been deleted.

When it comes to coal mining and black lung disease, we are boldly marching backwards with our Leader. People are going to need all the doctors we can find. Trumpets live in the past when it behooves them and in the present when that works out. Without Fox and Fiends, they would be lost.

Bernie, the Booth coal mines in Kentucky are running full steam, but they can't fined enough employees. This is a factor of oxicandyland and there hillbilly herion designs upon the very same people the political parasites pandering making claims of representing left or right?
This is one sick place and getting sicker more and more!

The coal industry, a bold step into the 19th century!

The word for the day is coke?
Bernie, your educated readers need some educational tools here in the Rustbelt.

Exporting metallurgical coke is awesome & will turn into CO2 from those steel dumping countries that signed up for Paris accord.

This is about American jobs that would never have happened under Hillary war on coal agenda. She would have them retrained to make uranium for the Russians yet she isn't included in Russian investigation (matter)!!!

Please stick to local politics, Bernie. You have become a Chris Matthews wannabe over the past three days. This is not MSNBC, this is a Lehigh valley blog.

I love that you used the word "Myrmidons." We might be the only two who know what it means, but it likely made a few heads explode!

Patriot2, We're talking about 70 jobs at a mine that would be here no matter who was elected. Had Hillary been elected and had she tried to take the credit for this mine, I'd be tagging her right now.

I have deleted a comment bc you make an assertion but cite nothing to back it up.

Yes, only you Chris Casey and Bernie know the meaning of the word. Narcissist much?